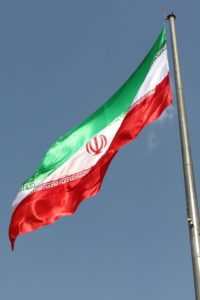 Many years ago we identified Iran as one of these exotic yet largely unknown places that we would have to visit, one day. But by the time we became serious about the idea, Iran was in quite some disagreement with most of the rest of the world, especially the West of the world – where we come from, too. Not that that would normally stop us from a journey, but with the disagreement being about the development of nuclear capacity, we decided to postpone our visit: you just don’t want to be in the wrong place at the wrong time, and to travel around Iran when, for instance, the Israelis decide to pre-emptively strike a nuclear reactor there.

Things have turned for the better now, with a broad agreement about Iran’s nuclear plans in place, international sanctions lifted, relations somewhat improved, and less chance of a freak accident happening. So time to go, before the place turns into the next popular tourist destination!

Well, perhaps just not yet, that about ‘the next popular tourist destination’. Everywhere we talk about our plan, we are met with disbelief. Why Iran? What on earth are you going to do there? And most of all, is it far not too dangerous there?

Why Iran? Because it has a 5000 year history, for much of it as a far more advanced society than Europe. Because there are hundreds, if not thousands of traces left of this history, from ancient palaces and Zoroastrian temples to some of the most splendid Islamic architecture of the world. Because the country has the impressive snow-peaked Zagros Mountains as well as extensive, and beautiful deserts, and a Caspian and a Persian Gulf coastline. Because there are modern, well connected cities, like Teheran, as well as primitive, troglodyte villages hidden in the remote Northern hills and nomads camping in tents. And because the Iranians, according to everybody who has been there, are actually one of the friendliest, hospitable people in the world. What are we going to do there? See it all. Experience this exciting culture. Two months. 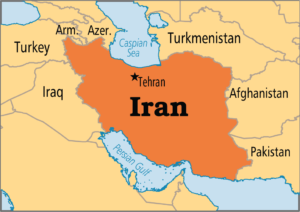 And what about safety? Iran is surrounded by all the trouble spots of the world, Pakistan and Afghanistan to the east, Iraq and Syria to the west, as well as Turkey, and the Azeri-Azerbaijani conflict on its north-western border. Yet, Iran is not at war, and doesn’t seem to have suffered any terrorist attacks. And with a certain amount of common sense, like avoiding the most sensitive border regions, it should not be too difficult to stay out of trouble.

Are there no draw-backs at all? Well, of course: a woman’s head needs to be covered in public in Iran, so Sofia has collected a range of matching scarfs, with which she has started practising at home. A language barrier, Farsi is wholly unknown to us. Yet, it wouldn’t be the first time we need to improvise on communication. No alcohol for two months, officially unavailable, and if somehow illegally procured, undrinkable – at least that is what other travellers have said. But look at it from the bright side, we may actually loose some weight.  And there is nothing wrong with respecting another culture, no?, like we expect those coming here to respect ours.

So Iran it is going to be. Watch this space, if only to see whether I manage to upload further travel posts to this blog. Internet seems to be another drawback of Iran, with haphazard connectivity and the occasional site blocked.

next: We have sort of an outline of the trip.