19. looking back at the Czech Republic 02. Valpolicella 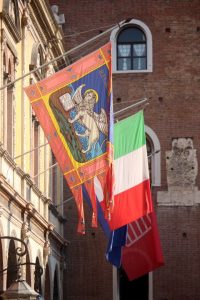 the Italian flag in Verona, the first sizeble town in the itinerary

I call this the first Italy plan, because I suspect we will be coming back a few times. Italy is too big to cover in one trip, and besides, we are not in a hurry, we can take it easy – because Italy is also driving distance from home, and a lot easier to return to than, say, Indonesia or Peru.

Our earlier Italy experiences were a ten day trip to Sicily in 2015, and a passing through Trento, two years ago. Now we intend to cover much more of Northern Italy, and specifically the most touristic parts. Assuming, of course, that in these Corona-affected times the tourist masses that normally flock to Venice and Florence have stayed home, a bit like Prague two-and-a-half months ago. And unlike our Czech trip earlier this year, it is also not the holiday season anymore, so with a bit of luck the local people are back at work, not holidaying. 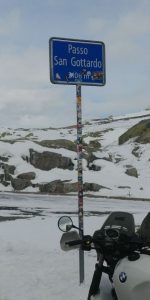 the Gotthard tunnel was a complete traffic jam, so we took the pass, instead

The plan is less well prepared than usual. Idea is to start in Verona, move to Venice than Ravenna, and add San Marino so that we can claim a country we have never been to before. From there set up base near Florence, from where we can cover Sienna and Pisa, before we head back again. Four weeks should do the trick, and we may well cover a few more places on the way, if we have time, or ‘ganas’. And maybe we hole up in a nice agroturismo bed-and-breakfast for a few days, to enjoy what others would consider a vacation.

Don’t expect a detail progress report from this blog, I think it is more going to be a download of nice photos – leaving the historic background and the specifics about the sites to the travel guidebooks. After all, Italy is a bit more mainstream than many of our other travels have been. This is developed Europe.

Or is it? Driving from Switzerland, land of impeccable tunnels, we arrive in Italy to find the first tunnel, well, shall we say, not as nicely finished as we had seen earlier. At the first toll booth, on the motorway, the automatic ticket dispensing system had failed, creating a long line of waiting cars. Whose drivers all seem to think that blowing their car horns will solve the problem instantly. The four-lane motorway to Verona is reduced to three lanes, sometimes two, because a self-respecting Italian, no matter how slow he or she drives, is not going to the right-most lane, that is for sissies. Except when they drive in a city, then passing on the right, sneakily, is a fully acceptable move. Hmm, we still have to adjust a little to the local culture, that of developed Europe.

We start in the Valpolicella region, outside Verona. 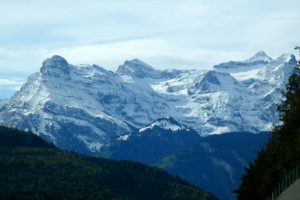 which provided for some nice views of snowy mountains 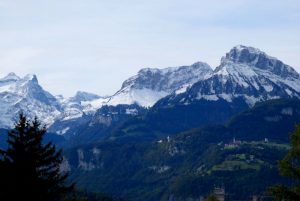 in the Swiss-Italian border area Ticino (courtesy my co-driver…)

3 Responses to 01. the first Italy plan