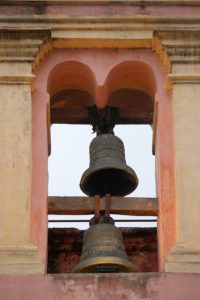 bell in the Monasterio San Jose, one of Cordoba’s old colonial chorches

Wonderful historical Cordoba; but it is miserable weather, so we move on quickly.

So far the weather has served us well, but in Cordoba, Argentina’s second largest city, it rains. And it will continue to rain, according to the weather forecast. Which is a pity, because Cordoba does have a number of ancient buildings to admire, as one of the Jesuit centres established at the very end of the 16th Century, and as one of the oldest colonial settlements in the vice-royalty of Rio de la Plata. 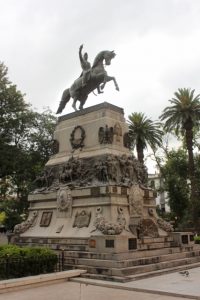 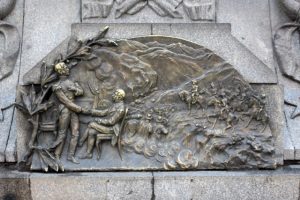 and a bronze commemorating one of his many achievements 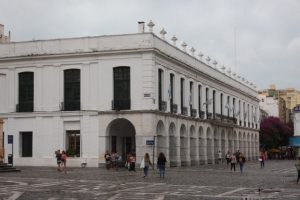 the cabildo of Cordoba and the cathedral, next door 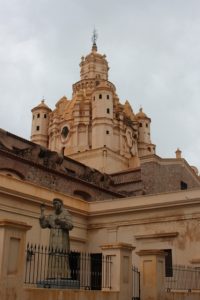 close-up of the centre of the cathedral 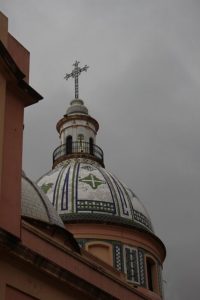 and of one of its two cupola’s 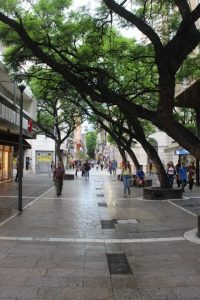 one of the tree-line pedestrian streets 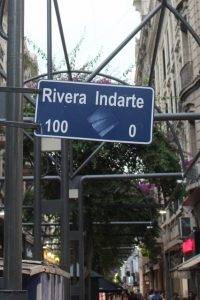 and we even came across one street named after, allegedly, one of the illustrious forefathers of my travel companion

Despite the rain we leave for a short walk through the town centre, past the Plaza San Martin – every town in Argentina seems to have a Plaza San Martin, named after the liberator Jose de San Martin, who freed the country, and Chile and Peru in the process, from Spanish colonial rule in the early 19th Century. He is also one of the few Argentine heros who is largely undisputed, which explains why every town opted for a Plaza San Martin, or so I have been explained. Bordering the plaza are the Cabildo, the Cathedral, and a couple more old buildings, all well maintained. Nearby the Manzana Jesuitica, the Jesuit complex that also includes one of the oldest universities in the Americas. Tree-lined avenues, attractive pedestrian streets; despite the miserable weather the town looks very nice. Friendly people, too. Almost a pity we leave again, the next morning.

next: the Sierras de Cordoba 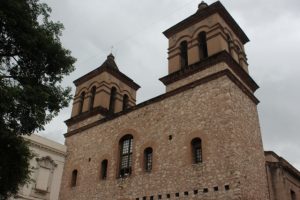 the Manzana Jesuitica, here the church of the complex 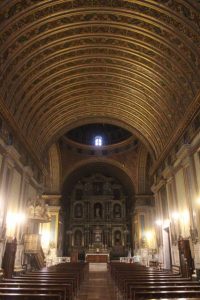 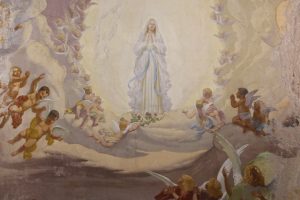 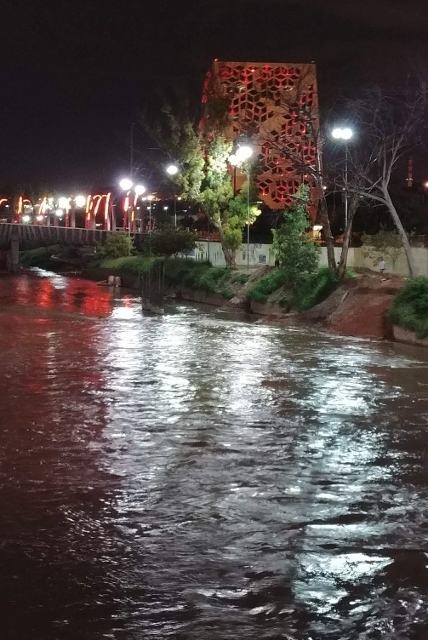 elsewhere, Cordoba does have modern, and equally attractive, buildings, too!