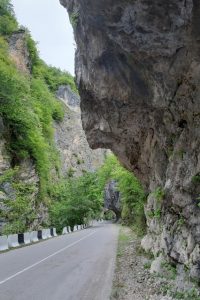 narrow and steep gorge, early on the way to Svaneti

The road to Svaneti, via Lentekhi and the Zagari Pass, gets nicer along the way, with high peaks and glaciers, and a sea of flowers.

The road to Lentekhi partly follows the Rioni river, too, the same one that passes by Oni, and further downstream flows through Kutaisi. Once again, the countryside is dominated by more rather ugly houses, randomly positioned, it seems. Even the views we get, occasionally, if the road has climbed some height above the river valley, is mostly from green trees and dissonating corrugated iron roofs. 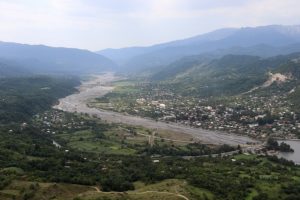 view of the Rioni River, with random houses everwher

It is only when we turn away from the Rioni, up the valley of the much smaller Tskhenistskali River through a much narrower valley, that we start appreciating the mountains, and the occasional narrow gorges through which the road worms itself. Lentekhi announces itself with a massive sword monument, stuck in the earth. Here is also the last fuel station until Ushguli, as well as the first of the Svaneti defense towers that we have come to see. 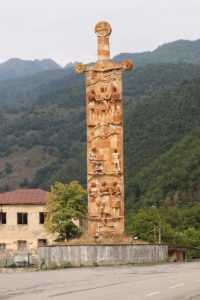 the sword memorial in Lentekhi 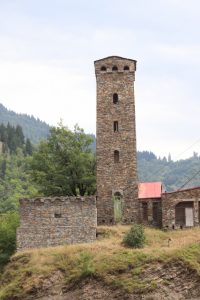 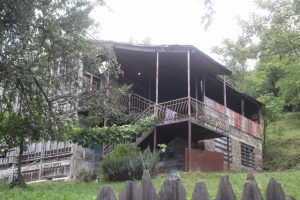 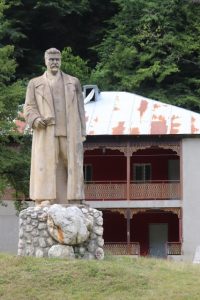 lost along the road, it seems, in a private garden 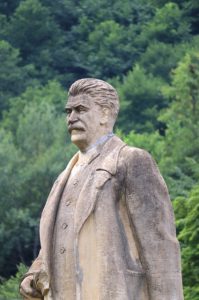 a statue of Stalin, unmistakebly, unashamedly

A few kilometers past Lentekhi the tarmac is supposed to run out. But it doesn’t, it continues for a long way, whilst we keep driving along the Tskhenistskali River. We pass village after village, quite a bit of traffic from cars and cattle. Many of the houses here are much more authentic that the brick ones we saw earlier; these ones are two story, part-wood, with elaborate walls of almost entirely windows. Outside is the staircase to the second floor, often from metal, with decorated railings and a roof. No sign yet of going up across the pass, no sign yet of rough road, except for the patches that are being repaired. A small green sedan, with obviously tourists inside, is passing us – surely, they are not going to Ushguli, are they? They have no eye for the enormous sculpture of Stalin that we encounter along the road, in the middle of nowhere. What on earth is this doing here, in a garden in front of a house, with a truck parked on the side? 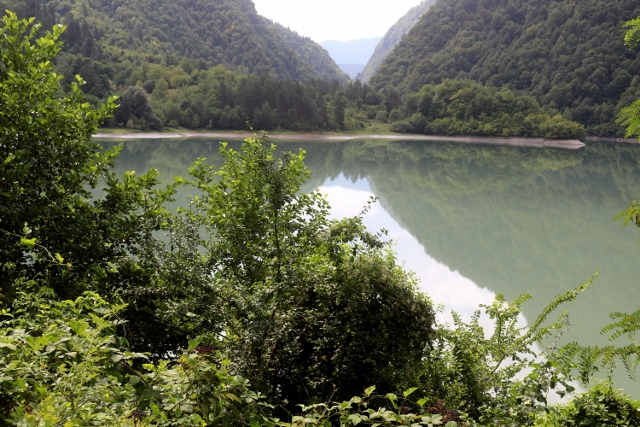 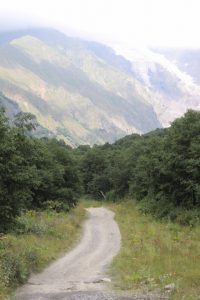 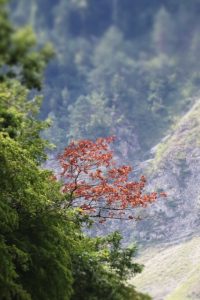 a bit of colour along the road

Then, without warning, the tarmac stops, and the road turns left onto a dirt track. And soon starts to climb. Now we are in business! Finally we have the views of the Caucasus mountains, higher up we admire a huge glacier in the distance. When the clouds lift, so once in a while, the peak of the 4547 m high Ailama reveals itself. And everywhere, carpets of wild flowers, yellow, white, lilac, purple and pink. Fabulous! 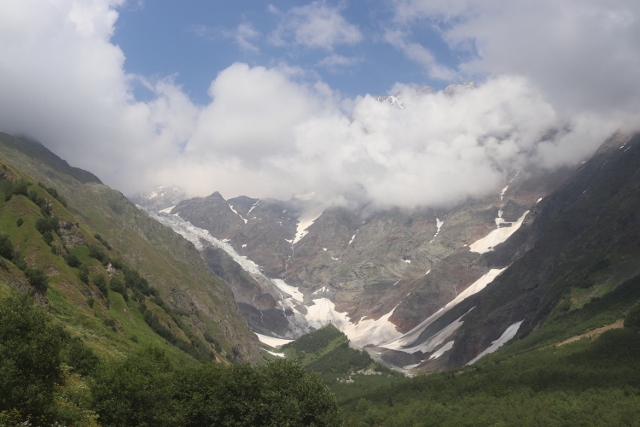 great view of the glacier 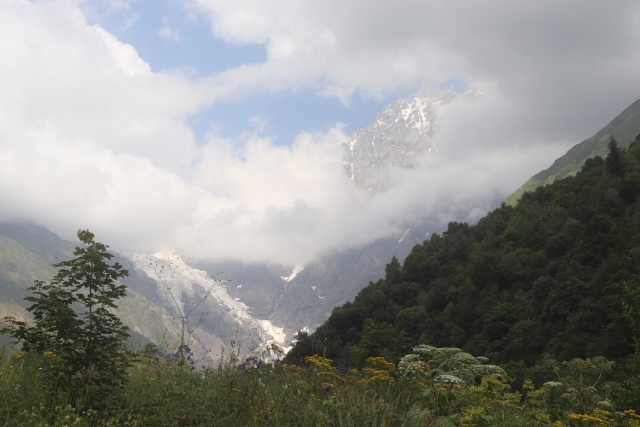 and, occasionally, through the clouds, of Mount Ailama 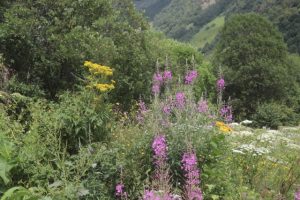 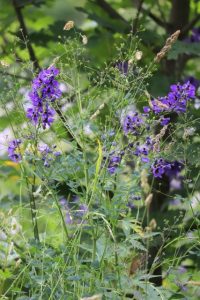 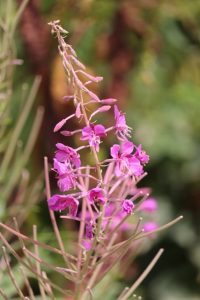 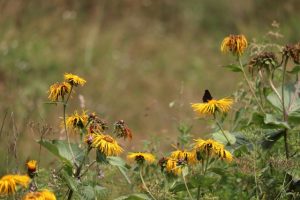 The road is still not very difficult, driving is slow because of the uneven surface, but nowhere is the 4-wheel drive required. Having said that, there are quite a few shrines along the road, in places where people have obviously killed themselves driving. The Georgians do not only built the shrines, they often also build a small table with benches next to it, so that they can come and pay respect to their dead friend, by drinking a couple of glasses of chacha, the local fire water. It obviously escapes them that their friend, most likely, killed himself exactly because he himself had had too many chachas. We use one of the tables for our picnic, with fruit and water, instead.

Crossing the Zagari Pass, 2620 m high, is an anti-climax. The road continues upward, fairly straight, and then goes down again. No signs, no roadside café, nothing. We descend further, and less than half an our later we arrive in Ushguli, reputedly the highest permanently inhabited settlement in Europe, at 2100 m. We park behind a small green sedan. 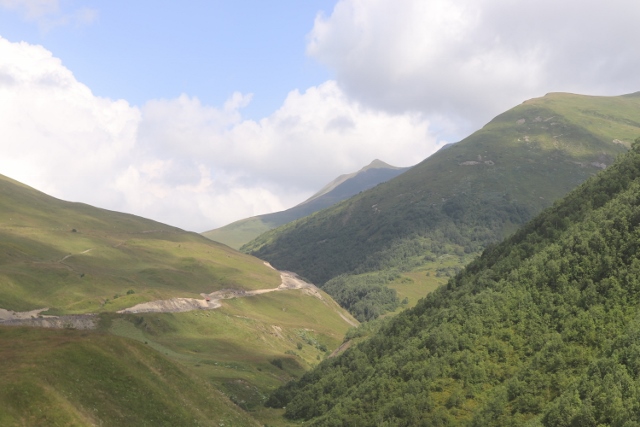 the road to the pass is less exciting