08. another day outside Padua 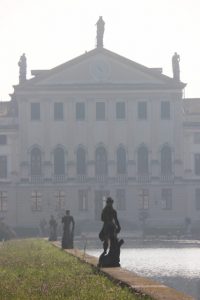 Villa Pisani, the most extravagant villa outside Padua, from the garden in the back

Along the Brenta Canal, outside Padua, there are several fabulous villas, built in the 16th to 18th Century. We only had time to visit one, the extravagant Villa Pisani. 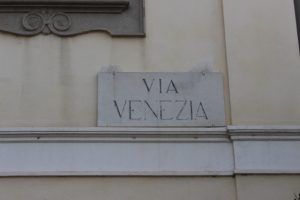 Having admired some of the extravagant villas in Vicenza, we have to attend to some unfinished business outside Padua, as well. On our way in, driving from Venice, we already had noticed some fabulous houses along the road, the so-called R11, so we decide to explore this stretch of road with a little more time at hand. 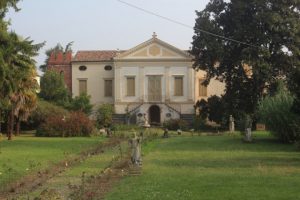 Villa Bedendo, not accessible to the public 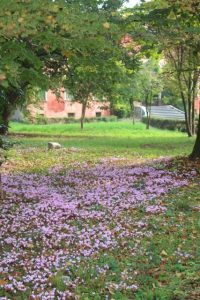 flowers in the garden of another villa

a random sculpture in a random villa garden 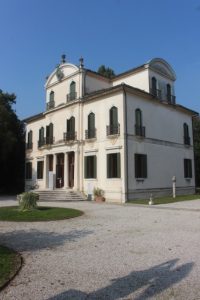 Villa Widmann, one of the restored villas that can be visited 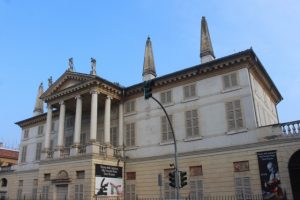 Villa Foscarini Rossi, for a shoe magnate – and containing a shoe museum, but closed on Saturdays 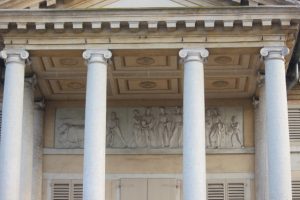 some of the decoration of the villa 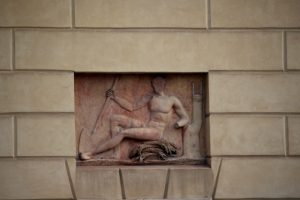 The R11 essentially follows what is known as the Canale del Brenta: the Brenta River flowing into the Venice lagoon and the Adriatic, canalized in the 16th Century to avoid the port of Venice silting up. At the same time, this humble stream became a popular location for rich Venetians to build their summer villas, away from the hot and steamy Venice swamps. And with Palladio and his followers around, this resulted in another series of extravagant villas, along the water, and easily accessible by boat from Venice.

Villa Pisani, from left to right 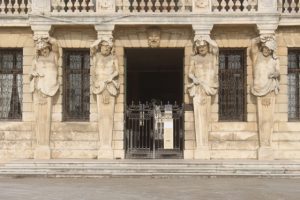 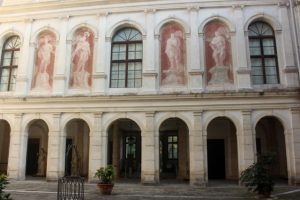 the patio inside, with frescoes and sculptures 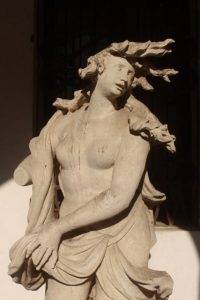 quite expressive, some of them

Apparently, there are about 50 of them, originally surrounded by extensive gardens, but these days often embedded in more urban developments of towns like Stra, Dolo and Mira. Many of the villas need restauration, and are closed to the public, but a few are open. We decide to go to Villa Pisani, the largest and most famous of the villas, built only in the 18th Century for the then-ambassador of Venice to France. Lots of famous people passed through, even lived here, during the years, most notably perhaps Napoleon, who put his stamp on the current furnishing (literally, the crowned ‘N’ everywhere). Less emphasized, this villa was also the place where Hitler and Mussolini met for the first time. Whatever, it is now a fabulous place, beautifully decorated, and with a huge and attractive garden – complete with labyrinth, pergolas, dwarf sculptures and what appears to have been the stables, but is little more than an even more extravagant façade at the far end of the gardens. 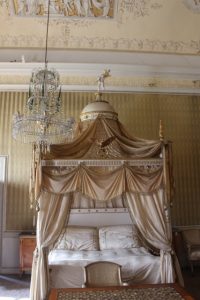 the bed of Napoleon, the “N” above it 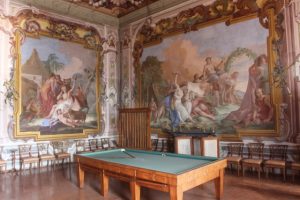 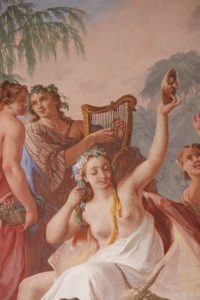 with frescoes that can only distract 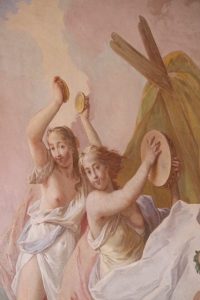 from concentration for the next carambole 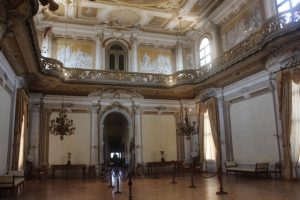 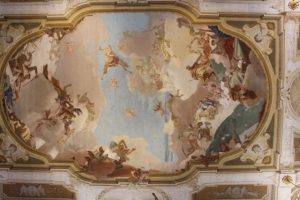 and the ceiling painted

Of some of the other villas we don’t see more than the outside, often behind a closed gate, but it is enough to create the idea of unbridled demonstration of wealth and luxury, obviously the thing to do in those days. What, with having your house build by the leading architects of the time, and decorated by the most famous painters.

Afterwards, we continue our way to Ravenna. 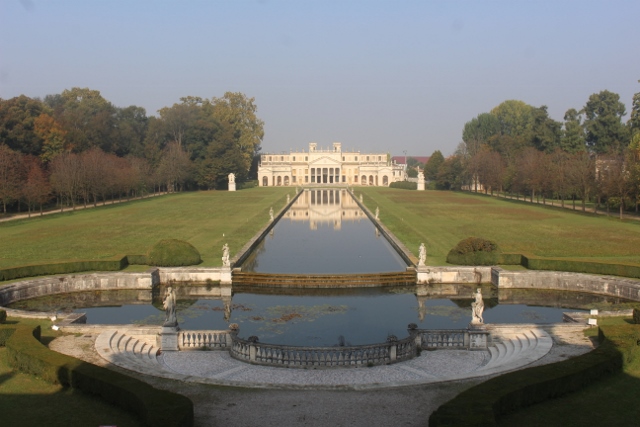 view into the garden, with the stables at the end 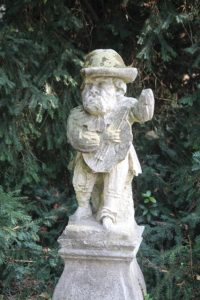 an early version of the garden gnome 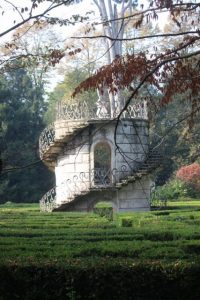 and no garden is complete without a labyrinth

2 Responses to 08. another day outside Padua