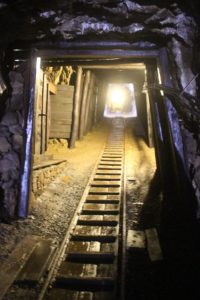 the upper level corridor of the Bartolomej mine in Banska Stiavnica

The thing to do in Banska Stiavnica is to visit mines, of which there are several in and around town; the one that gets you underground is the true highlight, of course.

Everywhere in Banska Stiavnica you are confronted with the mining history of the town. The logo, a hammer and pickaxe, can be found even in the frescos on the town hall. Sculptures of miners, souvenir shops with mining souvenirs, but mostly, the town’s museums. There is a museum of mining technology, and another has an extensive collection of minerals, but more appealing are the old mine shafts and corridors. 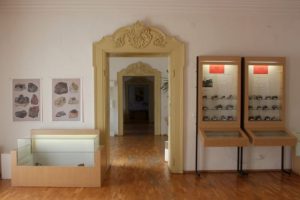 the minerology section of the Berggericht Mining Museum in Banska Stiavnica 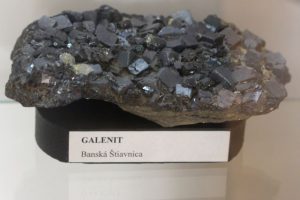 with lots of excellent local specimen on view 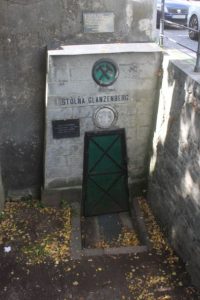 the mine entrance, closed when we got there 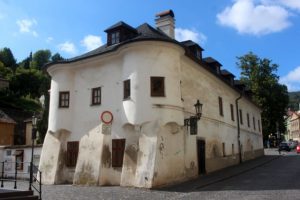 the building over the Glanzenberg mine, near the town centre

In the town itself there are two of those, open to the public. The Glanzenberg Adit is a 16th Century mine corridor that over a distance of 450 slopes down to 32 meters below surface, ending up right under the city centre. It derives its fame from its past visitors, including one of the emperors – but we have to line up with the group, which has left already by the time we get there. The other one in town is the Berggericht, where a short mining tunnel, Michal, is easily accessible, and adorned with various equipment, trains, wagons and the like. 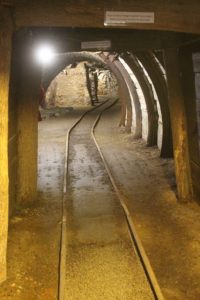 the Michel mine, part of the Berggericht Mining Museum 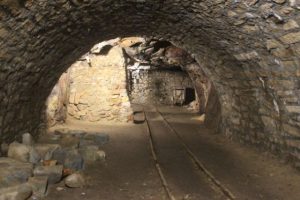 with a wide corridor in a U-shape 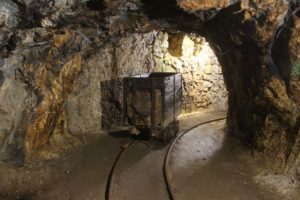 and plenty of equipment on show 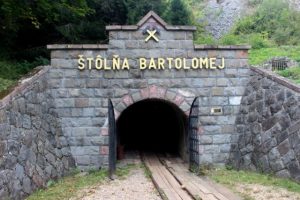 the real thing, the shaft of the Open Air Mining Museum 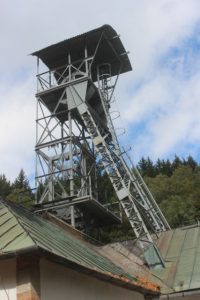 at the surface, mine constructions 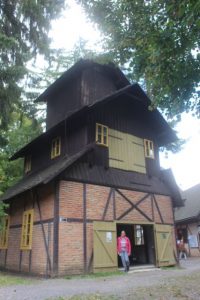 like the one over the Sofia mine shaft – Sofia for scale

The real thing, however, is the Open-Air Mining Museum, a little outside town. A surface exposition shows some of the above ground original mining buildings, machinery, and some of the more modern equipment, as well as rocks – part of the recent Geopark project. But everybody here comes for the mine itself, a 90 minute tour underground, down the Bartolomej shaft and various corridors, exploring the two shallowest levels. We had asked for an English-language guide – we are not going to listen to 90 minutes explanation in Slovak -, and that proved to be a golden move. The group of around 50 local people went first, and the two of us, plus guide Anna, followed at a respectable distance. Effectively turning our tour in a private, VIP visit. 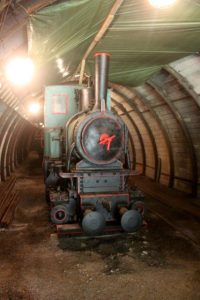 brilliant engine in the depot 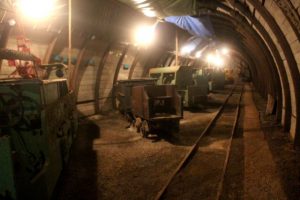 and lots of other rolling stock, too 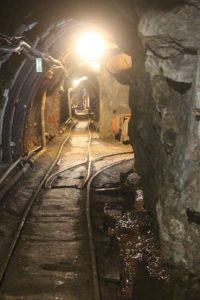 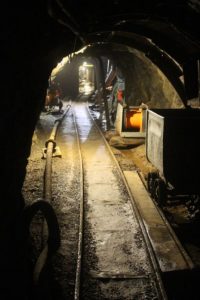 and another view of the corridor 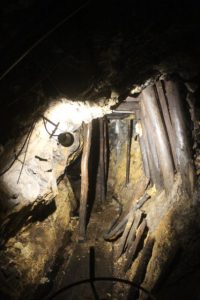 this is about as narrow as it gets: quite narrow, and quite low, not for the claustrophobic amongst us 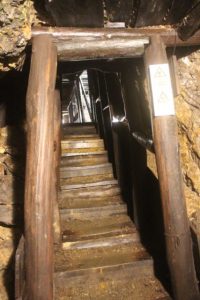 and stairs lead to a corridor that followed a specific seam

So we started at the depot, where a whole range of old tarin engines were stalled. We followed some corridors, and up and down stairs, created to chase specific seems – not normally open to the public, and you can see why, you don’t want a group of 50 there. And Anna patiently explained the various techniques used over the centuries; the first mining here was done in the 14th Century, whilst the last mine closed only in 1993. There are 40 different levels that have been mined, and apparently there is 2000 km (!!!) of mining corridors under Banska Stianvica. At various places in the corridors examples of antique equipment can be spotted, from wood stacks that were used to crack the rocks to various types of drills to all kind of wagons to transport the ore – or to serve as underground toilet. There is even a construction with a horse-drawn wheel – old photos show how horses were transported in huge baskets down the shaft! – to drain water from the mine. We spent almost two hours underground, sometimes just about managing the claustrophobic and damp corridors, other times climbing stairs, and all the time happy for the hardhats we were given at the start. Great fun! 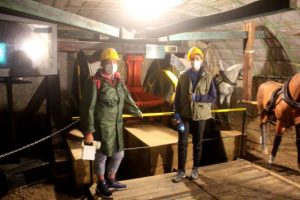 our guide Anna, and a well-dressed haphazard tourist, at a mechanical construction that used horses 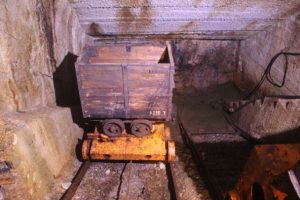 more equipment in one of the coves 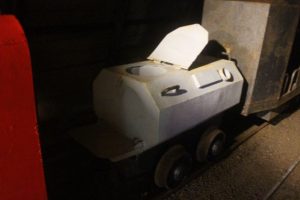 and this is the underground toilet, part of the rolling stock 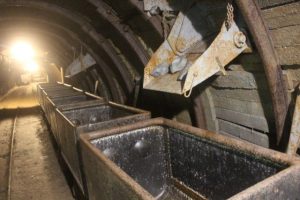 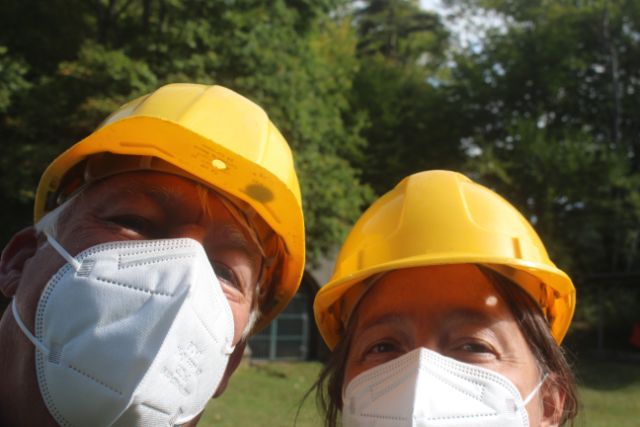 not one, but two haphazard tourists, helmed and masked