sweeping views over the Balkans, from one of the passes 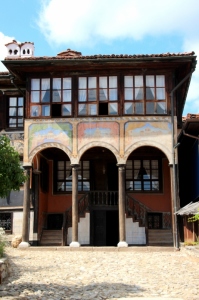 Perhaps the most touristic village in Bulgaria, yet worthwhile thanks to its superbly restored National Revival houses; and getting there is equally interesting

Firmly on the Bulgarian tourist circuit is the unpronounceable Koprivshtitsa, for its fabulous National Revival houses along cobbles streets, and for its significance as the village where another revolutionary, Todor Kableshkov, declared the rebellion against the Ottoman Turks, in 1876 – never mind that this uprising was only successful after the Russian-Turkish war of 1877-1878, in which so many Russians died that a church the size of the Alexander Nevsky Church in Sofia was built to remember them. 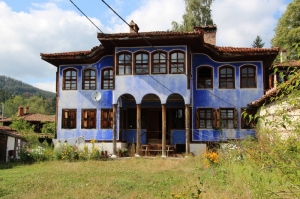 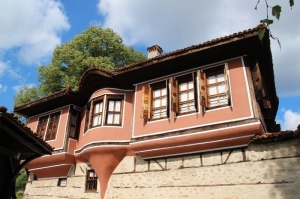 the house of Todor Kableshkov, the most famous citizen of Koprivsthitsa in the sun, with flower pots: they are beautiful, these houses 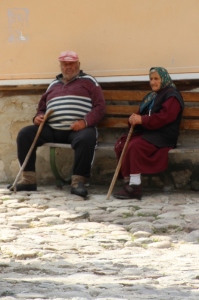 these are no tourists, I think, but present-day villagers, who have seen it all

But Koprivshtitsa obviously has a nationalistic connotation for many Bulgarians, and its shows, even at the end of an afternoon on a weekday late in August there are still quite a lot of people around, wandering through the village, admiring the houses, many of which are ‘museum-houses’, open to the public and displaying information about historical people and happenings. Including Todor’s house, who, apart from revolutionary, must have been a well-to-do businessman, judging from the size of this mansion (described locally as “a veritable pearl of the Bulgarian genius of architecture”, no less!). 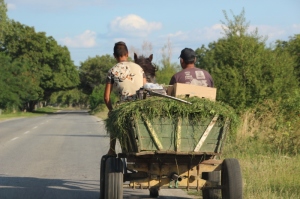 the usual transport in Bulgaria 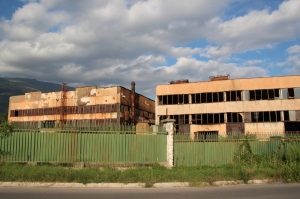 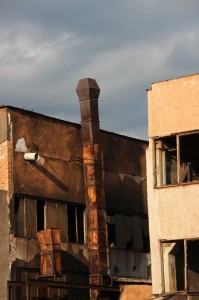 more parts of the same factory 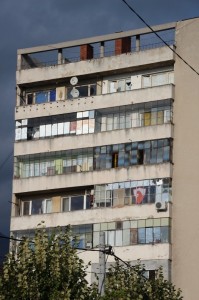 and palatis, look how almost all of the apartments have a different balcony

Almost as interesting as the village itself, is getting there. The drive to Koprivshtitsa does two things: it takes us through the Balkan Mountains, across the Shipka Pass, perhaps slightly disappointing, not the spectacular scenery as we had hoped for (partly because much of the way is through forest, obscuring any sweeping views, and partly that when we finally get the views, they are actually not that sweeping). And it takes us through several non-descript villages, not blessed with cobbled streets and patched-up houses, but with palatis and decrepit industries. Which are a sight in itself – I am fascinated by these palatis, especially where people have made individual adjustments that bring some form of life to the otherwise monotonous building fronts. And I am equally fascinated by the total destruction of factories, broken windows, crumbling walls, anything of value ripped out.

Even though palatis and factories are not, officially, on the tourist trail.

Next: to Ruse, on the Danube 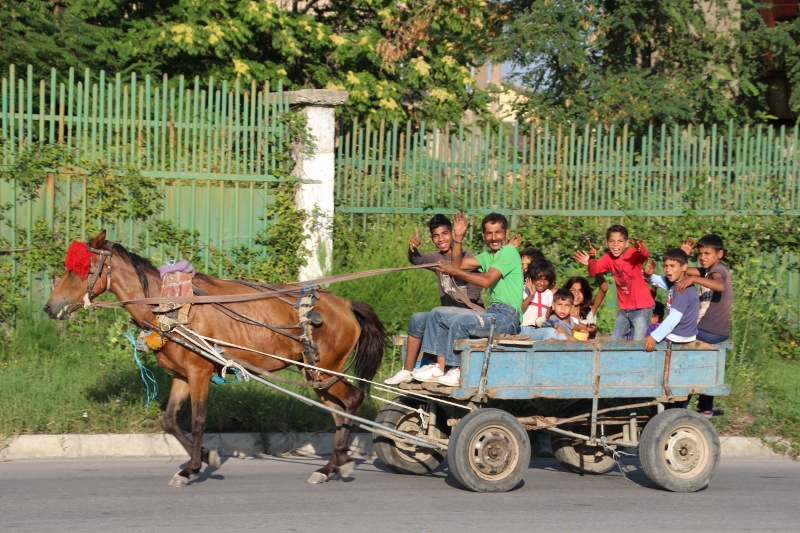