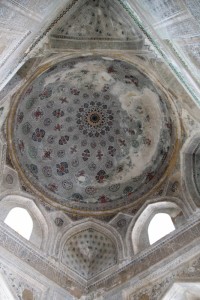 Tamerlane’s birthplace is not yet entirely ready to receive the tourists, but the raw ingredients are there

Tamerlane wasn’t born in Samarkand, but some 90 km further south in the town of Kesh, which he turned into the city of Shakhrisabz, named after the many green gardens that he commissioned. He built a gigantic palace, the Ak Serai (White Palace), of which only a small part still stands upright, and he – and his grandson, Uleg Beg – built mausoleums for the family, and mosques and madrasses. A visit to Shakhrisabz is a standard day trip from Samarkand, so we complied, and we rented a car and driver, together with a couple of Russian fellow travellers. 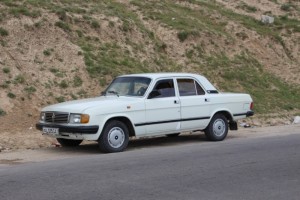 our Lada Volga, 1980’s Soviet equivalent of the Mercedes

Our car was not just a car, no, we had a Volga, the 1980’s Soviet equivalent of the Mercedes Benz, large, spacious, velvet red pluche seat covers. A little slow perhaps, but, he, who cares, comfortably leaning back in those soft seats. The driver was initially very concerned that we didn’t speak Russian, but as soon as our travel companions had joined, he was perfectly happy again, and talked non-stop, dumping all his knowledge on Uzbekistan in a series of undisputable one-liners. Hmm, now the two hours it took to reach Shakhrisabz did look a little long, in fact. 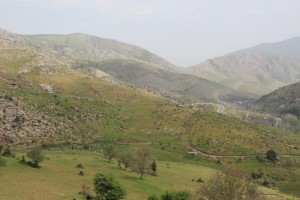 view from the pass 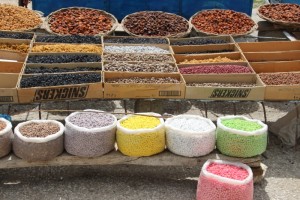 nuts for sale at the Tahktakaracha Pass 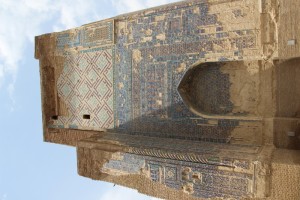 part-remains of the Ak Serai, the white palace 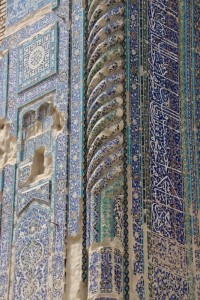 in detail, it looks a lot nicer, the tiles on the side 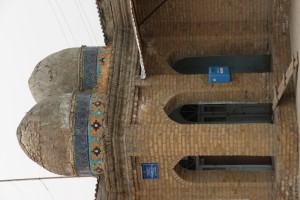 my personal favorite in Shakhrisabz, the post office (really!) 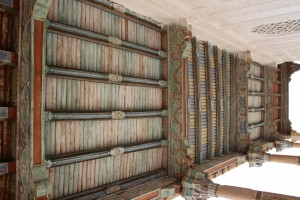 the roof of the Ogollik mosque in Shakhrisabz

Anyhow, we got there, in the end, without having strangled the driver. The trip took us across the Takthakarakta Pass, all of its 1675 meters high (about half of what our driver claimed it to be!), but views were obscured by haze, not very spectacular. Shakhrisabz turned out to be a construction site. Not so much the monuments, but the area around them was being turned in yet again a gigantic park – but hadn’t been finished yet, and was mostly a dusty sand pit. It being Friday, some of the mosques were used for prayer, and closed for us infidels. 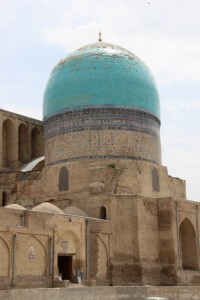 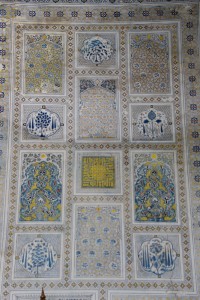 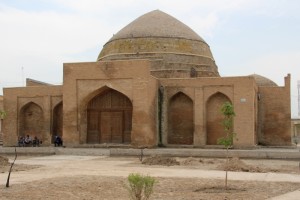 Altogether perhaps a somewhat overrated destination. But a nice enough day out. 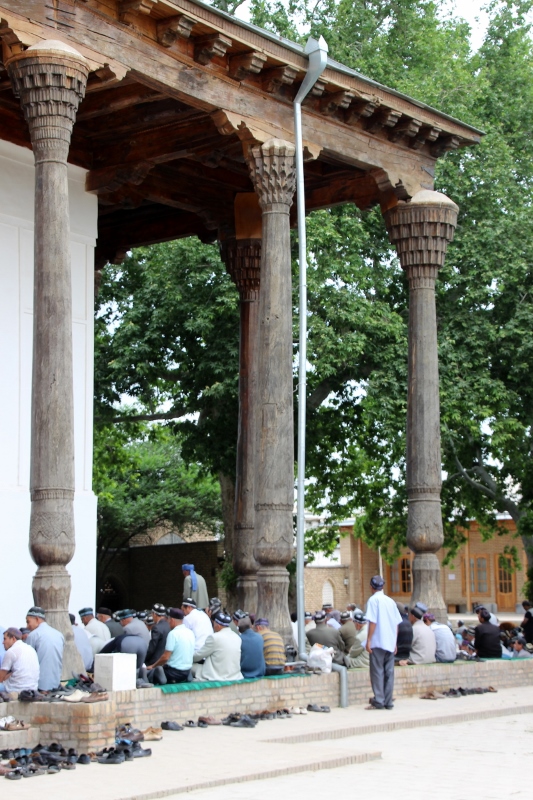 One Response to 13. Shakhrisabz