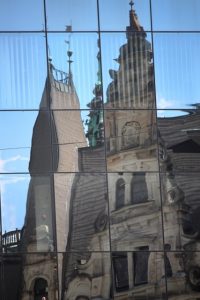 The road to Liberec and Litomarice leads past the usual town squares, but also a beautiful museum and an impressive basalt outcrop.

We are almost at the end of our trip, on the way to Litomerice. We drive through North Bohemia, not particularly pretty. This is the area where during the Communist era forests were chopped down, or otherwise destroyed by acid rain from the many heavy industries and the open-cast coal mining that was established here, in the name of progress. Well, a bit unfair perhaps, as the first factories and mining stem from the end of the 19th Century, but the Communist did much to expand the industrial program, at the expense of everything else. 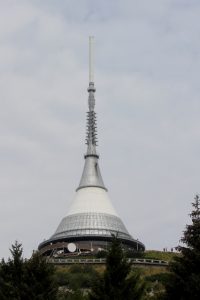 futuristic in the 60s, the hotel on the Jested summit 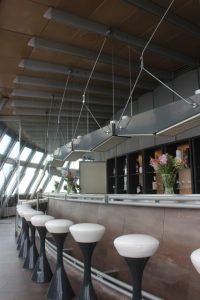 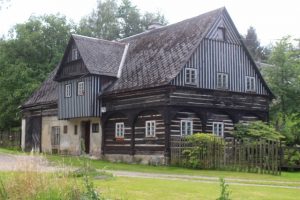 wooden farm house on the slopes of Jested mountain 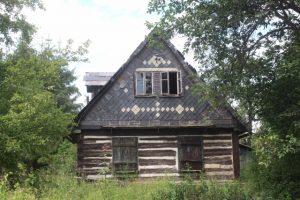 another of the wooden houses

One more curious Communist contribution is the futuristic hotel on the top of the Jested mountain, at 1012 meters, outside Liberec. Access is by cable car, but once again without any regards for potential Corona. The cabins are packed with local tourists. We opt for ascending using our own car, walking the last bit, only to be disappointed at the top. The poor weather doesn’t help for the views, and the hotel itself is pretty run-down, serving nothing but fast food and watery coffee. 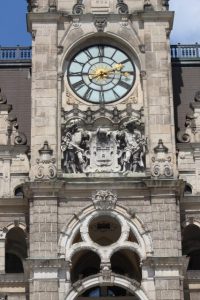 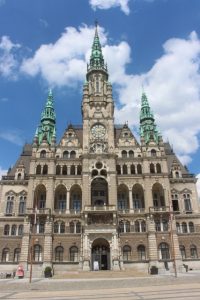 rednice, or town hall, at the central square of Liberec 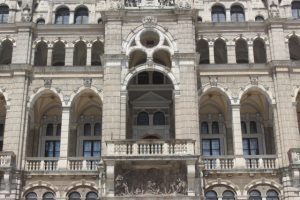 and more detail of the town hall, quite a building 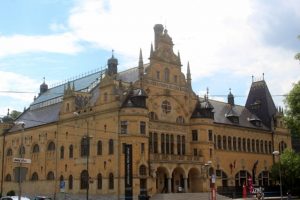 So we decide to have lunch in Liberec itself, instead. Another nice Czech town, with its customary central square, an impressive neo-Renaissance town hall, and a much better selection of restaurants than up the mountain. And as a bonus, Liberec has another great art gallery, the Oblastni Galerie, housed in the former city bath house named after Franz Josef I. Our interest is mainly in the Czech modern art collection, starting with the Cubist artists at the beginning of the 20th Century – a kind of the theme that has developed during the trip. However, the museum also has modern work post-dating this period, all the way up to the 1940s. But after the war, it seems artistic expression stopped, there is very little exposed of anything produced – if at all – during the Communist times. 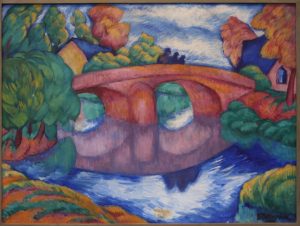 Emil Arthur Pitterman-Longen, “Landscape with a bridge” from 1915 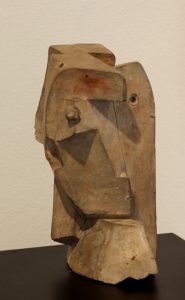 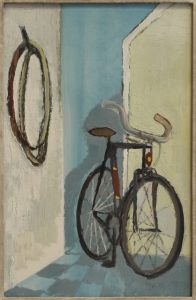 “Still life with a Bike” (1948), wonderful painting from Bohumir Matal 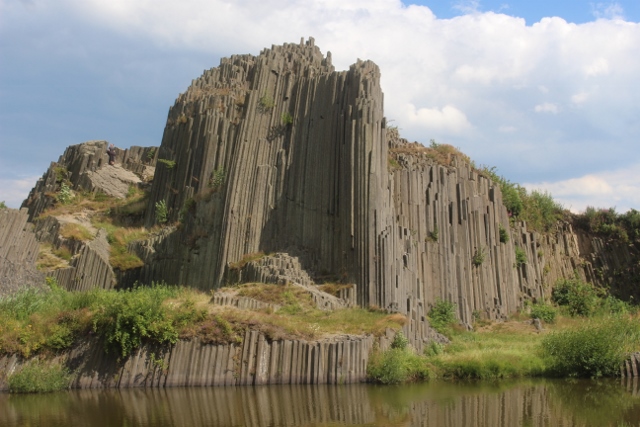 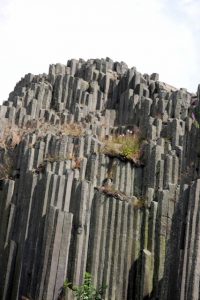 the occasional flower trying to survive 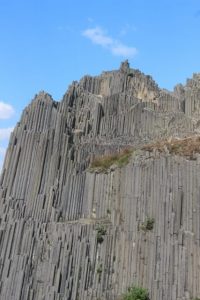 Near the village of Kamenicky Senov, some 50 km west of Liberec, is the Panska Skala, the oldest geological nature reserve in the country. It protects an outcrop of basalt, in the form of the so characteristic ‘organ pipes’, perfectly hexagonal-shaped columns formed during the slow cooling of the volcanics. We are not the only ones, swarms of tourists swarm over the rock, enthusiastically climbing to each and every corner for selfies. 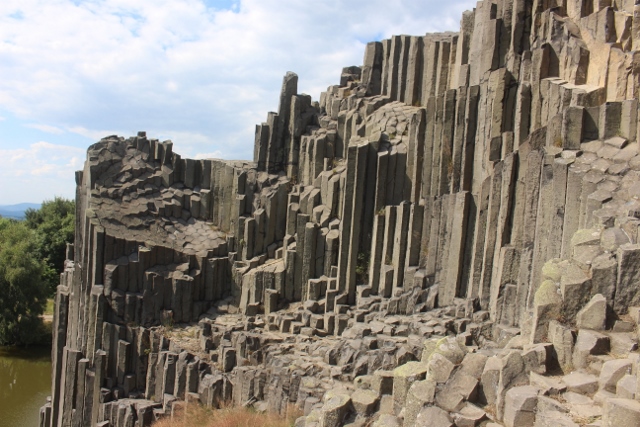 the characteristic hexagonal shapes of the columns 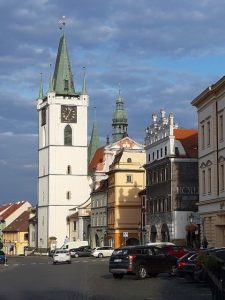 church at the square of Litomerice 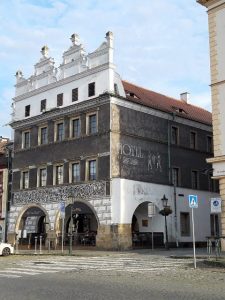 and the hotel at the square 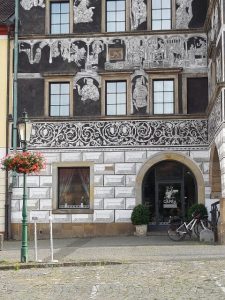 Litomerice is a small town, on the banks of the Elbe – the Laba River, as it is called locally. Once again, a square, a townhall, a church, cobbled streets. A nicely sgraffitoed hotel, good restaurants, and an quite reasonable local wine production, from nearby Melnik – although the most famous wine from here, a Chateau Melnik rose, is positively horrible! In fact, we went all the way to the village of Melnik, where we found this wine completely sold out, then tried some wine shops in Litomerice, same result, and only on the last morning, before we left for home, we came across a bottle in a supermarket, which we brought home to drink on the first sunny day after our return –  a shock to the system, and an attack on the sink! 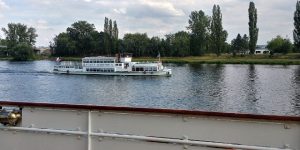 a tourist boat on the Elbe in Litomerice

this is one of the best Czech wines we tried

and this is the very disappointing Melnik rose: through the sink!

But we didn’t come to Litomerice for Litomerice, or for the local wine; we came here to visit Terezin, perhaps better known by its German name, Theresienstadt.