the Cafesjian Centre of the Arts and the Tamanyan Sculpture Park 19. Ashtarak 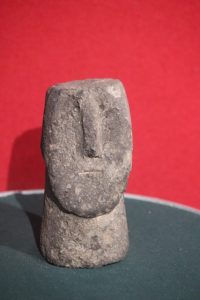 The oldest remains of Yerevan, Erebuni, are located on a hill outside town, with the archaeological finds kept in an attractive museum.

On the outskirts of Yerevan, at the end of a long, wide boulevard, is Erebuni, the archaeological site that represents the beginnings of Yerevan, in 782 BC. Never mind that it has only been rediscovered, by accident, in 1950, during the exploration for a monastery. The exact date of the settlement is derived from a cuneiform inscription found at the site. Erebuni was one of several fortified places in the Urartian Kingdom, a precursor state of Armenia. 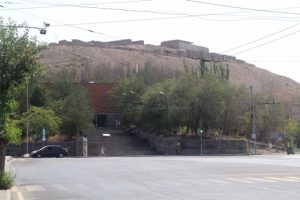 the Erebuni citadel, high on the hill 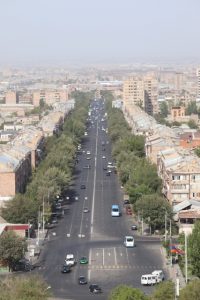 and the view from above – you are really high

Based on the instructions of the lady at the tourist office boot in town, we had estimated close to an hour to get there, by bus. In the event, we arrived within 20 minutes, way too early, because the museum only opens at 10.30 (they are not particularly early birds, in Armenia). However, we are let in to the citadel, the hill next to the museum, where the archaeological remains are. How much of the walls have been restored, or just strengthened to prevent collapse, is difficult to say – but it is a lot. The columns have almost certainly been re-erected, and the frescos, are they really still so bright, or have they been touched up? Yet, there is always a pleasure in walking in between ruins – unconstrained by roped-off sections or guards that insist you stick to the path -, imagining how things would have been. And here is no different, all on our own because we are so early. 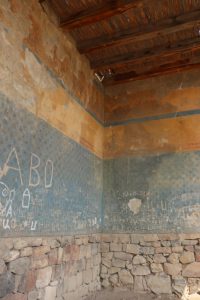 the painted temple of Khaldi 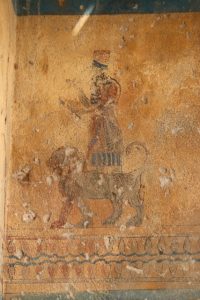 fresco, probably the god Khaldi himself, on top of a lion 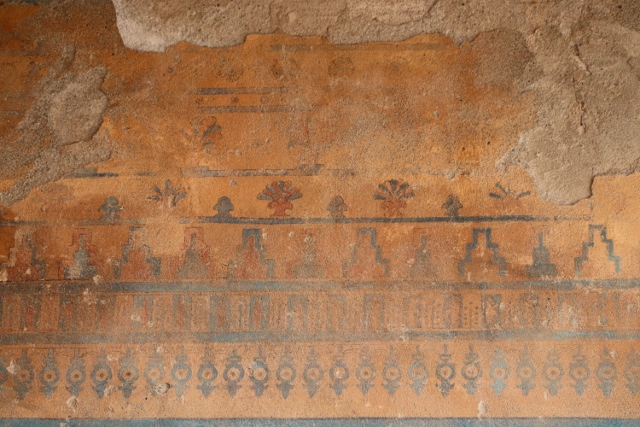 further frescoes in the temple 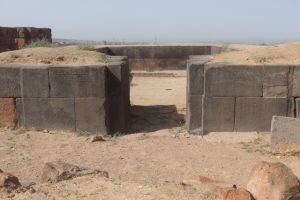 this is the temple of Susi 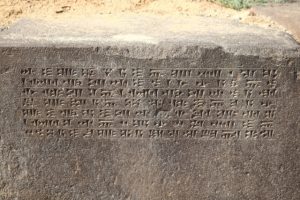 with – replica – cuneform stone at the entrance 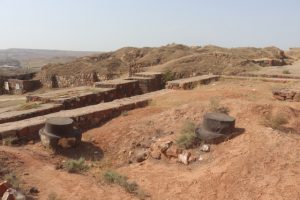 further remains, including the remains of pillars 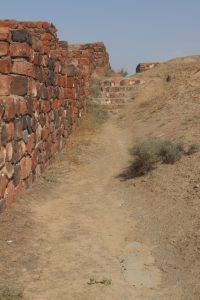 the outer walls, not sure how original these are 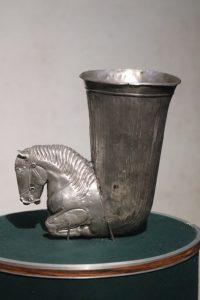 beautiful silver jug of a horse, 5th to 4th C BC 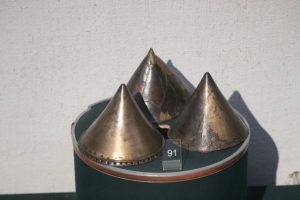 these are bronze battle shield knobs from the 8th C BC, in the museum

The little museum is a little gem. Lots of treasure found on site, from cuneiform slabs to utensils, jewellery and weapons. There are frescoes from the large palace of Arin Berd, another name for Erebuni meaning Fortress of Blood, as well as bronze helmets from the 8th-7th Century and silver jugs from the 5th-4th Century BC. And there is a model of the citadel, as well. Great to get a taste of how things really were, after the onsite imagining earlier. 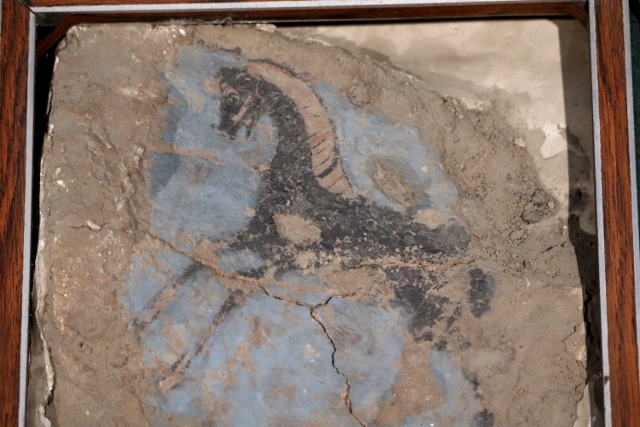 fresco from a running horse, probably from the great palace, also 8th C BC 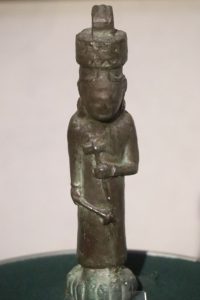 bronze statuette of the goddess Teisheba, 7th C BC 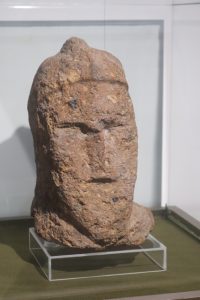