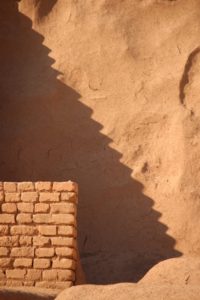 Outside Shushtar are some of the oldest structures in Iran, and one of them, the ziggurat of Choqa Zanbil, is pretty impresssive! 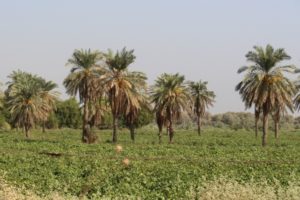 a rare sight, something green – and they are palm trees!

Choqa Zanbil is a ziggurat (or ziqqurat). I didn’t know what a ziggurat was. I had notions of something big, but could not actually imagine what it would look like. (And I am loath to look up photos with Google: that would kill any possible surprise.) 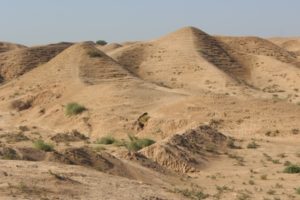 the area surrounding the ziggurat

Now I know. A ziggurat is big, indeed, and very impressive, a mountain of mud and brick. Choqa Zanbil is some 45 km from Shushtar, and was built somewhere around the 13th Century BC – that’s right, well over 3000 years ago -, as a temple complex to the Elamites, a proto-Iranian civilisation pre-dating the 1st Persian Empire of Cyrus and Darius. The tiered structure was five storeys high, with each of the levels accessible by a different stairway, so ensuring that the top level could be reserved for the highest clergy only. Although the top has collapsed, the rest of the structure is remarkebly well preserved; the bricks look new, until you detect the tiny cuneiforms that have been carved in one of the brick layers, something unlikely to have been done recently. What is even more remarkable, is that the structure, after having been sacked by Assyrians is 640 BC, was subsequently forgotten by the rest of the world, including subsequent Persian civilisations, and only rediscovered in 1935, when an oil comany conducted an aerial survey of the area. 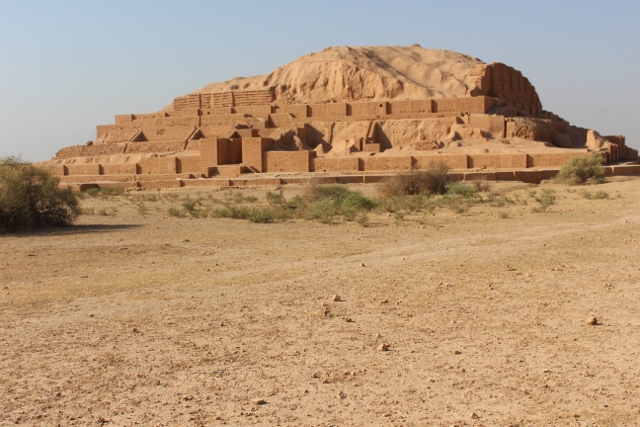 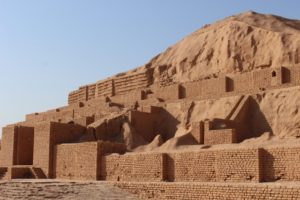 from another angle: bricks and more bricks 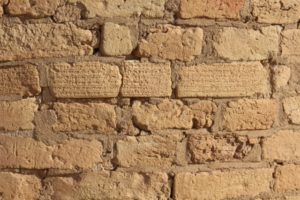 some of the bricks with cuneiforms, and ancient script 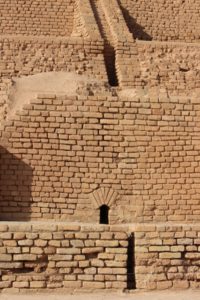 and water drainage systems, I suppose 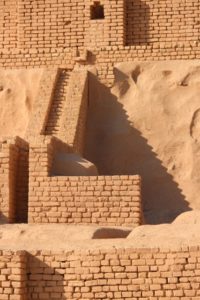 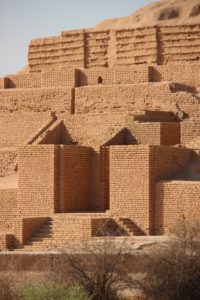 and mud-brick walls at the top, probably eroded 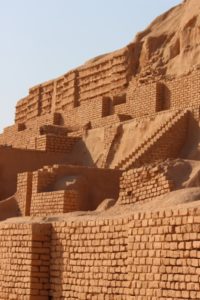 A little further on is Haft Teppeh, another ancient Elamite site, which was possibly a couple of smaller ziggurats. Much less impressive than Choqa Zanbil, as here the bricks have not preserved, which has resulted in the site having been reduced to a few mud heaps. Occasional floor plans and low walls remain, but they do look like having been patched a little, by recent restoration. The Haft Tappeh site also has a little museum, not mind-blowing, but with a few interesting artefacts, my favourite being the bitumen-sealed black coffin – showing that oil in this richest of rich Iranian oil provinces was being used in antiquity, already.

next: the Andimeshk to Dorud railway 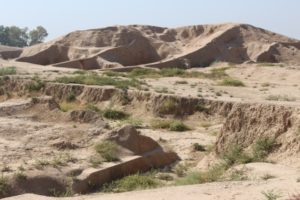 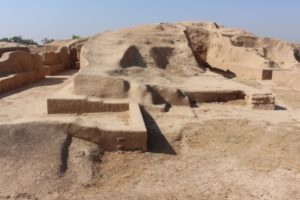 some of the structures are still visible – or restored 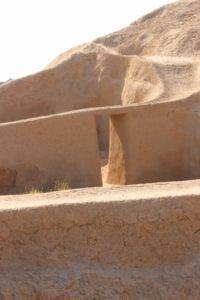 this seems a rather recent addition 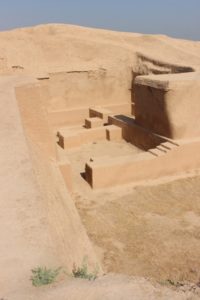 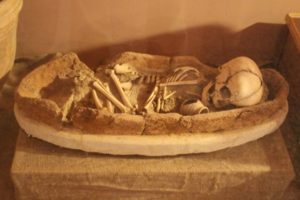 the museum contains some interesting pieces 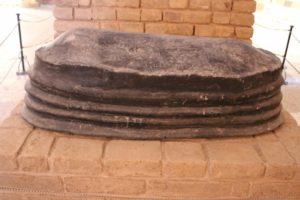 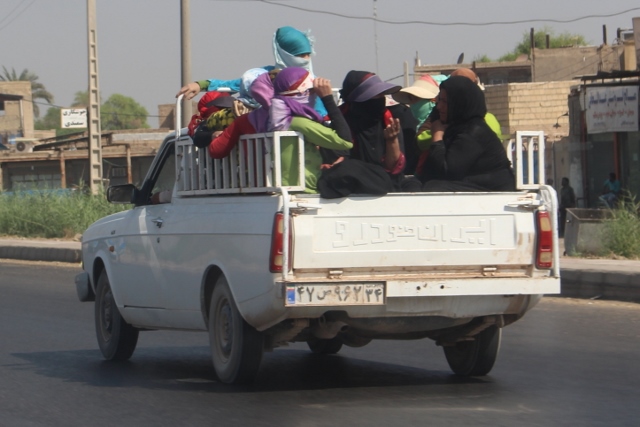 unusual in Iran, it is the women, this time, who provide the colour…