19. looking back at the Czech Republic 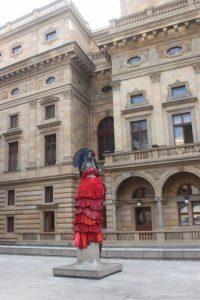 a statue at the back of the Opera House in Prague

Traveling through the Czech Republic is a piece of cake, really, and there is enough to entertain yourself with in this well-developed and well-organised Central European country.

Of course we were opportunistic! During Corona times there are significantly fewer tourists in Prague than otherwise; our hotel estimated that the tourist industry was running at 20-30% capacity in July. So we managed to see Prague without the hordes. But the Czech republic is much more than Prague alone. There are lots of wonderful towns, with wonderful cobbled squares, town halls, churches, castles, and endless rows of Medieval pastel-coloured houses. I sound a little cynical, and that comes from three weeks, perhaps a bit of an over-kill, but in reality, the Czech Republic is one of the best preserved Central European countries: minimal war damage, not too much messed up during the Communist era, and rich and cultured enough to appreciate and protect its cultural heritage. 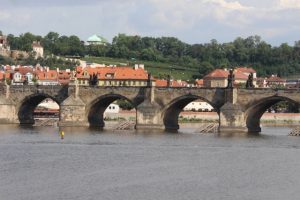 the Karlov Bridge in Prague, exceptionally without tourists, this time 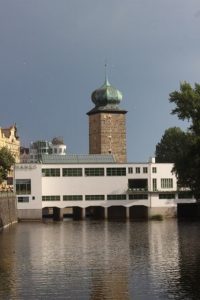 the Manes Gallery in Prague, testimony to the importance of art in Czech society 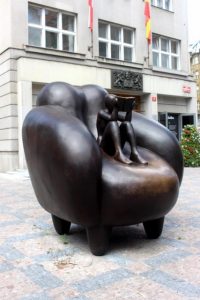 and what about a sculpture, just somewhere in town (‘Reader in an Arm Chair’ from Jaroslav Rona) 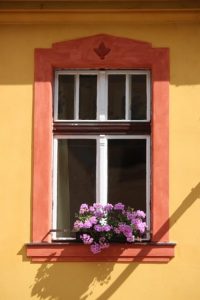 some colour from a window in the sun 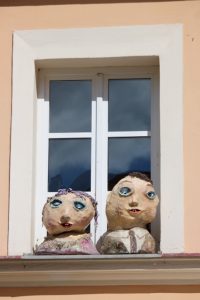 and some more art, locally produced no doubt

Any associations with a Communist vassal state are completely out of date, in 2020. This is a prosperous country, well organised and well educated. Europe, for all intense and purpose.  And with a rich European history, including a rich cultural contribution to that history. Politically, it has gone from Austro-Hungarian empire to independence, then Nazi-German occupation and subsequently part of the East-bloc, Communist domination, and then independent and democratic again. How more European can you get? And it is well represented in the arts department, with Kafka and Kundera world class writers, Dvorak, Janacek and Martinu often-performed classical music composers, and a rich selection of 19th/20th Century painters in the many top notch museums around the country, not only in Prague. And the surprise of this trip, the Cubist and Rondo-Cubist movement with extends to design and architecture, is uniquely Czech. Lots to discover.

True, the many historical towns are a little sleepy, sometimes, especially the smaller ones. The countryside is lovely, but lacks spectacular mountains or stunning scenery. The hills are nice, the forests are great, the wild flowers are beautiful, but there is not often that wow-moment that comes with dazzling views. And yet, its tourist areas are extremely well organised, with well-signposted – and well-used! – hiking trails and bicycle tracks. And the rest of the infrastructure, roads, restaurants, hotels, it all works very well. 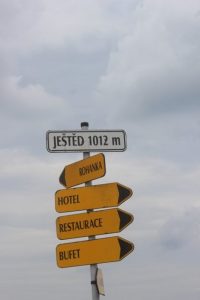 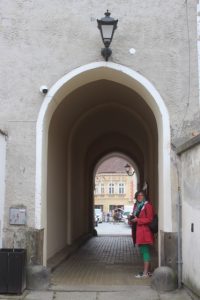 The people? Always difficult to judge, of course, if you don’t speak the language, and are only passing through. The younger generation speaks perfect English, the older ones mostly Russian, and in the border areas there is quite a lot German spoken, obviously. My impression is that the Czechs are not overly friendly, but not unfriendly either. Business-like, and there is nothing  wrong with that. My travel companion, of course, loves them, but she is an extremely lovable person herself who wins everybody’s heart, and sees no evil. But I find the Czechs, what shall I say, just European, like so many other Europeans. 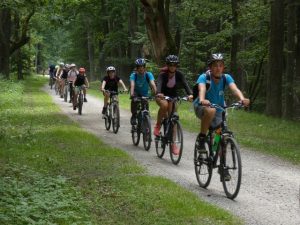 and the most popular summer activity in the toruist areas

You know, in the end the Czech Republic is another great European country, a good place to comfortably spend some time, with – like every European country – its own unique elements. Right, Central European food has its limitations. Mostly mediocre wines, although with some positive exceptions. Great beer, of course, home to the towns of Plzen (Pilsen) and Budejovice (Budweiser, indeed); but every town seems to have its own mini-brewery, with an attractive variety of brews. In short, there is enough to do and to enjoy, for a couple of weeks. And all is easy going. We may even go back, one day! 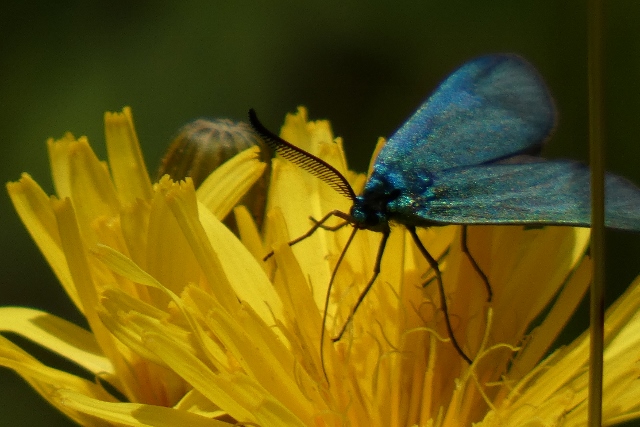 and what about the wildlife?