My House in Damascus (2) The Yarlung Valley 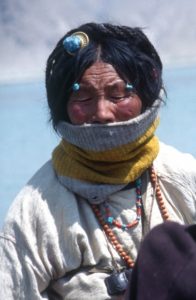 Going to Tibet isn’t as easy as going anywhere else, yet, all arrangements worked – surprisingly – perfectly well

Although Tibet is probably one of the most spectacular areas to visit in China, the authorities don’t make it easy. Never mind the ‘Mountain Kingdom’, the ‘Roof of the World’, or whatever name it has been assigned in order to hype up the appeal of this Autonomous Region within China, tourism is not actually promoted. China’s presence in Tibet is disputed, to say the least, by Tibetans and foreigners alike. Better not to let too many foreigners in, lest they see with their own eyes, hear with their own ears, how unpopular the Chinese are in Tibet. 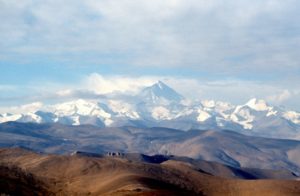 a mountain kingdom it is, including Mount Everest

The first problem for foreigners living in China – as we did at the time, in 1999 – is logistics. We are used to travel to a place, any place really, and arrange everything locally, on the spot, but for a trip to Tibet that is slightly more complicated. Firstly, it is impossible to obtain an airline ticket to Lhasa in Beijing, the only place these are issued is in Chengdu, in Sichuan province. Secondly, one needs a permit to travel to Tibet, or, as the official line goes, one needs to buy a tour. Never mind that one never sees the actual tour, and authorities would be highly embarrassed if asked for in Lhasa. This tour, or permit, is also only obtainable in Chengdu. And thirdly, foreigners are not allowed to use public transport in Tibet, whatever public transport there is, and there is very little. The Chinese authorities prefer to keep a close tab on foreigners traveling in Tibet, notwithstanding the fact that according to the official party line “the people of Tibet all agree that they have enormously benefited from the assistance offered by the Chinese since the Red Army liberated the Tibetans from feudalism in the 1950’s”.  If foreigners are forced to use rented cars, they can be traced more easily than if they travel independently. For the same reason, it is often difficult to obtain a permit if one travels alone. It is easier to control groups. An extra spin-off is the additional income, generated by the permits and by the extravagant costs of renting a car – and obviously, cars only come with driver and guide, no less. 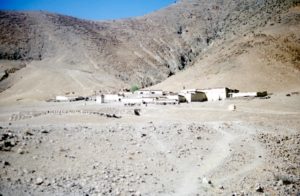 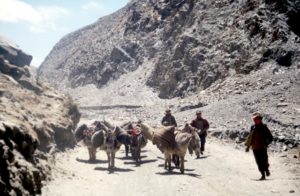 Because of all these limitations, and because of the limited time we had available for the trip, we had arranged all in Beijing, through a reputable travel agency, which employed an American friend of ours. Somehow, it is easier to hand over a significant sum of money to an American than to a Chinese, if the only thing one gets back is a one-way ticket to Chengdu, the rest is ‘to follow’. However, much to our surprise, all the rendezvous’ worked out amazingly well.

The first potential hick-up was in Chengdu, a 2½  hours flight from Beijing, where we were to meet with a contact person who would give us our permits and onwards tickets. Amazingly, he was there, with all the necessary papers: a significant relief. Next day we flew to Lhasa, another two hours flight, across some spectacular mountain ranges. The second potential hick-up, meeting up with our guide at Lhasa airport, was also successfully averted, and shortly after arrival we were driving down to Tsedang, our first stop-over in Tibet.

next: the Yarlung Valley 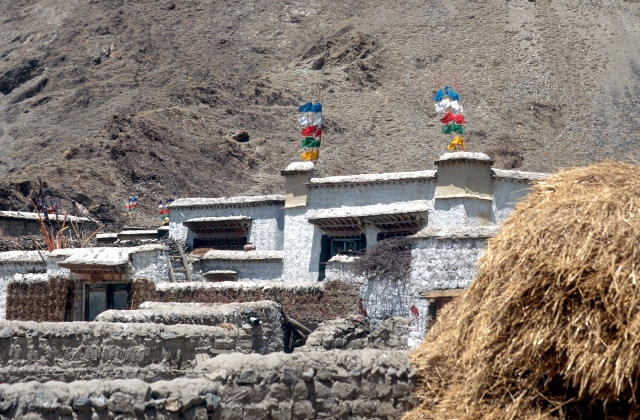