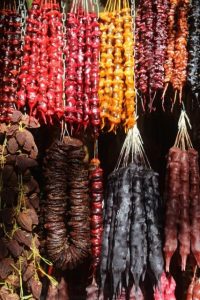 Some early verdict about Georgia so far, where we intend to return within a year.

We were never going to cover the whole of Georgia, on this trip. And because we spent more time in Azerbaijan than planned, we only managed the smaller eastern part of the country, and some of the valleys immediately to the north of the capital. No Black Sea coast, no Svaneti Valley, not even the Stalin Museum in Gori. 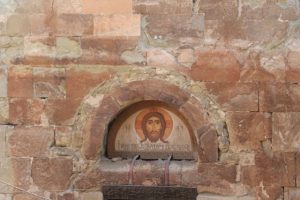 above one of the churches in Tbilisi 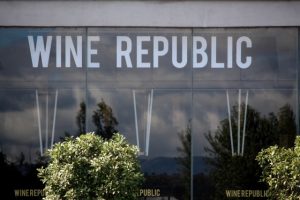 one of the ways Georgia promotes itself 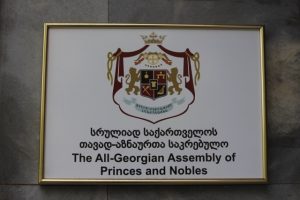 seen in Tbilisi, the old Soviet order has clearly been burried

Some preliminary observations: Georgia is touristic. It is not like the Mediterranean, but there are enough attractions, in the form of churches and monasteries, or spectacular nature, or its excellent wines, and enough of an infrastructure, to lure the tourist, not in the least the Russian tourist. The countries may be at war over some break-away republics, but that doesn’t stop Russians from coming to Georgia.

And as in so many other places, with tourism comes a certain attitude from those making a living from it. Not the friendliest op people. Not unfriendly either, but a certain indifference, a certain aloofness. Yet, in the non-touristic sectors people are very nice, helpful, hospitable; dare I speculate that this is the genuine Georgian? Or do I need to conclude, not for the first time, that a Christian society – Georgians are Orthodox Christians, one of the earliest  conversions – is a more individual, less outreaching society than the average Muslim society is? Neighbouring Azerbaijan, Muslim, was exceedingly friendly earlier this trip, and we have similar experiences in neighbouring Turkey, from 20 years ago.

Time will tell. We intend to return to the South Caucasus to finish our exploration of Georgia, and also see what Armenia has to offer – that other early Christian society. So no final verdict yet, watch this space;  hopefully we will be back within a year. 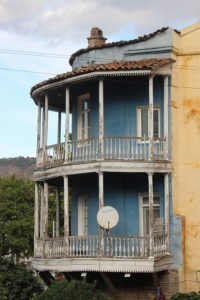 wooden balcony in need of some repair, Tbilisi 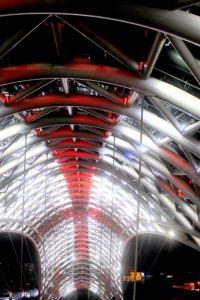 Georgia colours used for lighting the Peace Bridge in Tbilisi 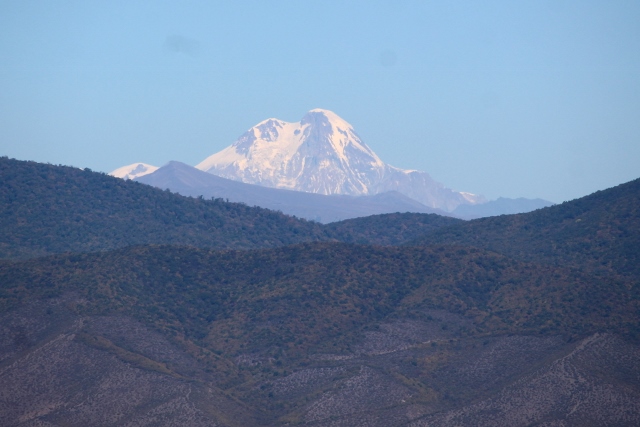