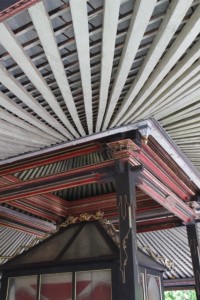 one of the nicer structures in the Solo Kraton

The other old Javanese Royal city, Solo, is a lot less impressive, a lot more run down than Yogyakarta, although thre are the occasional gems to be found.

Having enjoyed Yogya to the full, the atmosphere of the town perhaps more than the individual sites, having enjoyed our little gem of a hotel, and having enjoyed the Mediterranean restaurant 100 meters further down the road (where we had our first bottle of wine after three weeks, and the second the next day), it was time to move on again.

Solo, officially called Surakarta, the other Royal Javanese town, is a short train ride away. Solo and Yogya have always been competing for influence, but it looks that this issue has been firmly decided in favour of Yogya. Solo is very laid back, somehow fewer people in the streets, less traffic, not much happening at all. It looks mostly run down. There is a main avenue, Jalan Riyadi, pleasant enough to walk along, in the shade of large trees, but this doesn’t compare in the slightest with Yogya’s Jalan Malioboro. 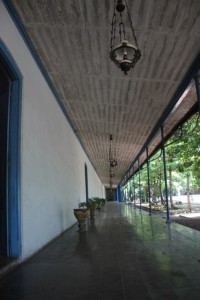 one of the galleries, corrugated iron 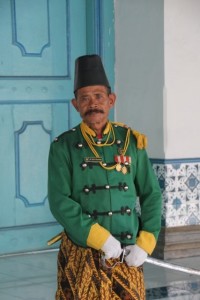 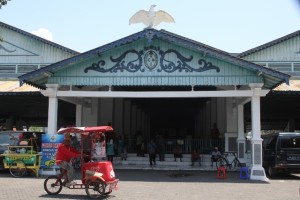 the entrance to the palace

The Kraton in Solo is a sad affair. The palace, at least the part open to the public, is mostly corrugated iron walk ways around a court yard, with the few mediocre museum exhibits scattered over far too many display cases, some lit, some not. The carriages, displayed in the court yard, are a joke. By one in the afternoon we are ushered out, the place is going to close. The streets outside the palace, the kampungs, lack any form of character, they are empty, lifeless. Another palace, where we arrive at two, has also closed, only open in the mornings. You see, the sultan, or the prince, is at home, and doesn’t want all those tourists around, less even the groups of bored school children. But there are no other sights in town, really. 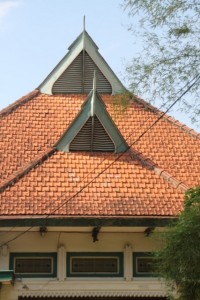 one of the old houses hidden away from the streets 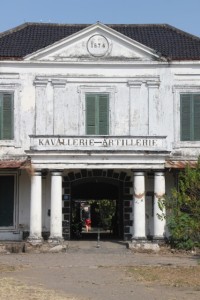 the Cavalry and Artillery building from 1874

And yet, wandering the streets we do find the odd point of interest. An old house, hidden from the road, almost invisible in between the modern shops. Old iron-cast benches, and lamp posts with what looks like bird cages. And, best of all, outside one of the palaces, the 1874 building of the Cavalry and Artillery, which by now has been taken over by multiple families living inside. Most of the vendors in the flower market have packed up already. It is indeed very hot today, and we decide to retreat to our nice little heritage hotel, another little gem.

But had we skipped Solo, we wouldn’t have missed much, I think.

next: the small island of Pulau Madura 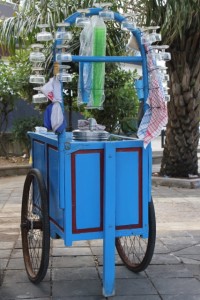 an ice cream cart, where you can get your ice cream in glasses: now that is what I call style! 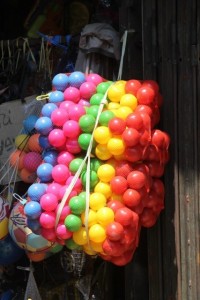 and to add some colour, plastic balls in whole-sale quantities