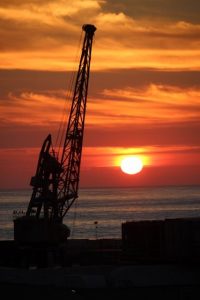 crane in the port of Antofagasta

Against expectations, the port city of Antofagasta has enough to offer to keep us entertained for a few days.

Known in Chile as ‘La Perla del Norte’, Antofagasta is nevertheless – according to all the guidebooks – an ugly, unattractive port city. One to avoid, really. But we have ignored guide books in the past. This time, because we had arranged to meet up with traveling family. 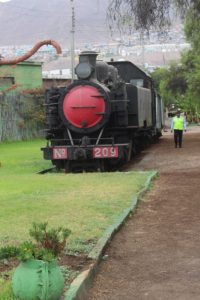 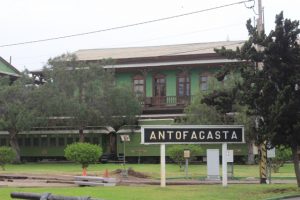 and wagons and the old station, same museum – but closed 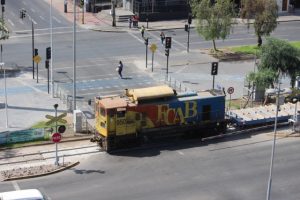 at least one train is still driving, through town, from the harbour 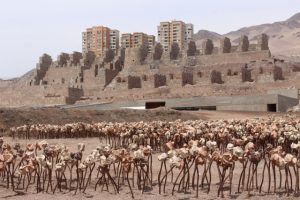 the Huanchaca ruins of an old silver factory 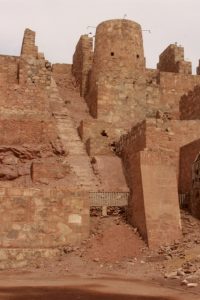 one round tower in between many square and rectangular rooms

And sure enough we find our ‘pearls’ in Antofagasta, which, of course, was initially Bolivian, until Chile captured the town in 1879 in the War of the Pacific. The railway station, now a museum, dates from 1873, and was built to connect the town to Bolivia. Nowadays, the only trains that pass through are those from the Chuquicamata copper mine to the port. The silver refinery, now the huge ruins of Huanchaca, somewhat out of the centre, was conceived by the Bolivians, but in the end built under Chilean governance, between 1888 and 1892 – only to stop working again ten years later, because its technology was antiquated and not harnessed against the price instabilities of the silver market.  And in the centre is the clock tower, a miniature replica of the Big Ben in London, donated by the British residents of the town in 1910. 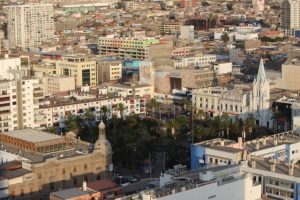 the Plaza de Armas, with church and other old buildings 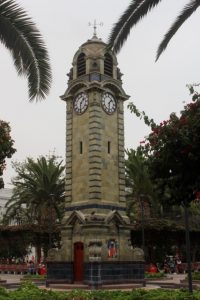 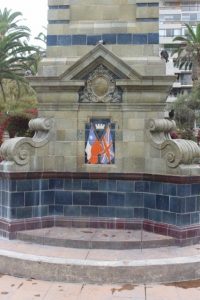 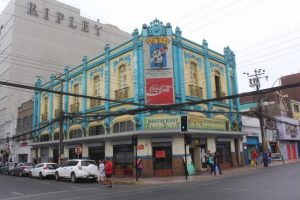 one of the older buildings, well maintained 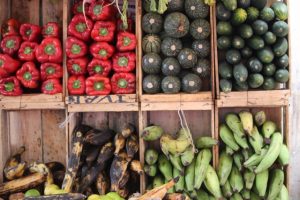 some more colour in the streets 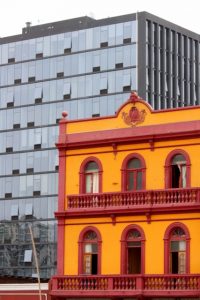 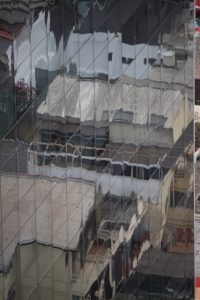 here another one, old mirrored in new

The port, initially developed for the export of salitre in the 19th Century, is actually quite small, and seems to handle mostly containers. A new and larger port has been established to the north, to relief traffic in the already congested city centre. Which must also have been appreciated by the beach goers: Antofagasta has long beaches, and the local population does make extensive use of them on a Saturday afternoon.

All together we enjoyed our time here, not in the least because of the brand-new hotel where we stayed, with 28th floor rooftop terrace and pool, providing beautiful views over this ugly and unattractive city. We even take a day off. 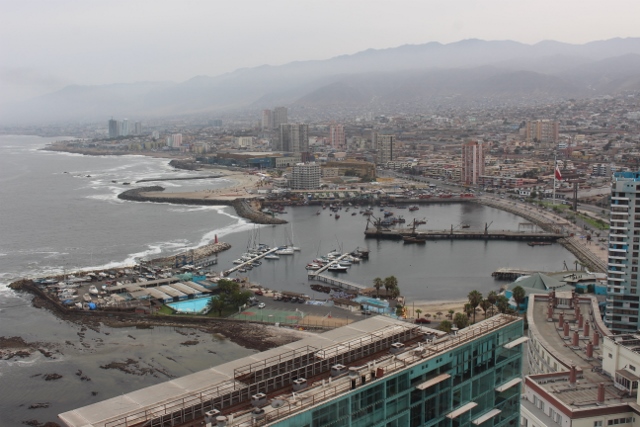 and the fishing port, from the 28th floor of the hotel 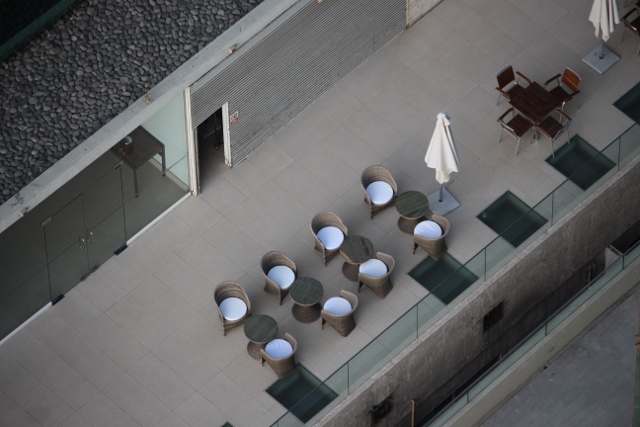 another photo from the top floor down 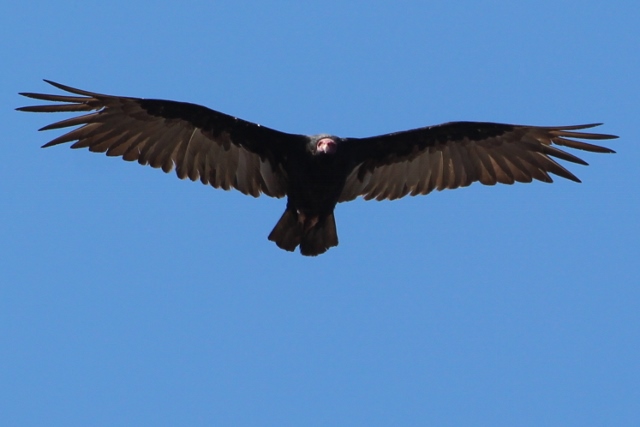 and up, now not even that far away: the ubiquitous vultures that cruise along all the coast of Chile