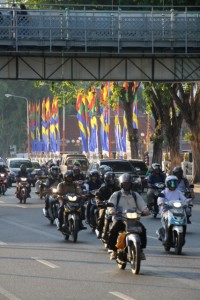 A surprisingly cosmopolitan city, clean and green, with some sights, and many more malls.

So far, we have had several cases where guide book descriptions didn’t exactly match reality – perceived reality, to be precise – and Surabaya was not different. But this time we were pleasantly surprised. Sure, there is a lot of traffic, pollution, architectural abandon. But Surabaya also has the most cosmopolitan atmosphere of all Indonesian cities we have seen so far. There are malls – right, there are malls in all big Indonesian cities, but here the malls are full of people. There are also people in the streets, which are – unheard of in Indonesia – relatively pedestrian-friendly. Most noticeable of all, the streets are clean, hardly any rubbish lingers; parks and other public green spaces are many, and well maintained, watered: they are actually green. Perhaps it is indeed just perception, but it seems to be less noisy in the streets, too, less annoyingly loud motorbikes. And, at least in the modern centre of town, people are also less excited when seeing a foreigner, and feel less the need to comment on such sighting. Oh, and all the taxis are metered; you don’t know how welcome it is not to have to negotiate your fare, after three weeks of hassle. Nice place! 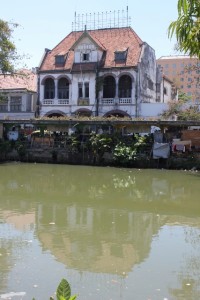 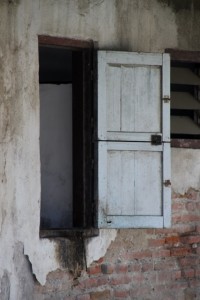 a window with shutter, at one of the old colonial houses 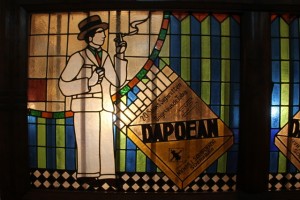 a stained glass window in the House of Sampoerna

There are, of course, the sights in Surabaya. Not many, and not very interesting. The best managed tourist spot is the House of Sampoerna, a museum and kretek factory – kreteks are Indonesian clove cigarettes. And cloves and tobacco is indeed the dominant smell in the museum, which seems to be designed for the glory of the Chinese family that owns the business, but has some interesting artefacts and old photos. Most impressive, however, is watching the hundreds of women roll cigarettes – 325 per hour – , chop off the ends, and then package them, at truly incredible speed. No pictures allowed, neither video, unfortunately.

With some goodwill, this neighbourhood can also be seen as the old Dutch colonial area, although the old buildings are mostly decrepit, falling apart, and, with one or two exceptions, not particularly pretty. 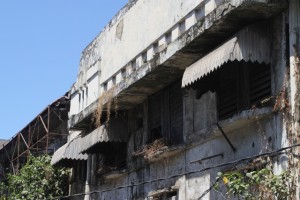 a balcony and metal canopy in the Chinese neighbourhood 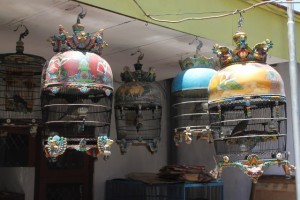 the bird cages are possibly even nicer than the birds 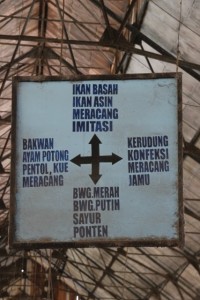 directions in the market building 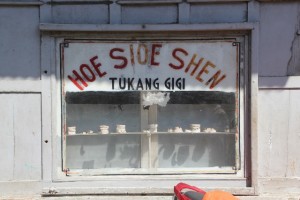 a Chinese dentist promoting his business 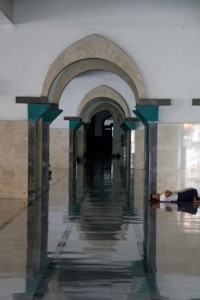 the Mesjid Ampel, the oldest mosque in Surabaya 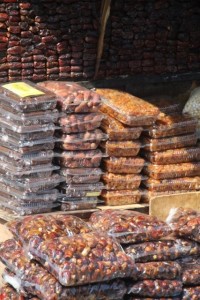 dates and nuts are popular outside the mosque 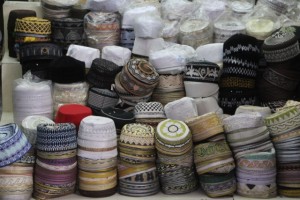 prayer caps being sold in the Arab Quarter 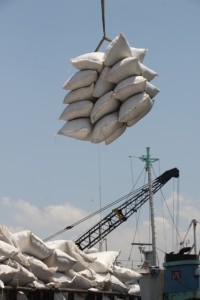 a sling being loaded on a pinisi, one of the traditional boats 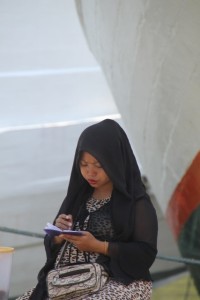 For the rest, one can wander around the Chinese Quarter, where indeed many Chinese have their business – although the market is somehow entirely in the hands of Madurese, which creates a whole different atmosphere, not as friendly and easy-going as on most other markets we have been to (I was asked for my backpack, my sunglasses and my wedding ring, apart from several demands for money). Then there is the Arab Quarter, built-up around the Mesjid Ampel, one of the oldest and holiest mosques in Indonesia. The wooden inner structure dates back to 1482, shortly after Islam had been introduced into the country, and the pillared galleries around the building were built by the Dutch in the 19th Century. Unfortunately, the mosque is so holy that non-muslims like me are not allowed in; in the whole area the atmosphere was somewhat unfriendly towards us, obvious infidels, the tolerance so often experienced in Indonesia not being a forte here. And for die-hards – we are die-hards – there is the old Kalimas harbor, where the smaller, traditional ships are being loaded and off-loaded, with goods that are less easily packed into a container, or need transport to more remote locations.

All of this is easily done in a day. Which leaves enough time to sip another iced cappuccino in one of the excellent coffee shops in any of the malls in the modern city centre. 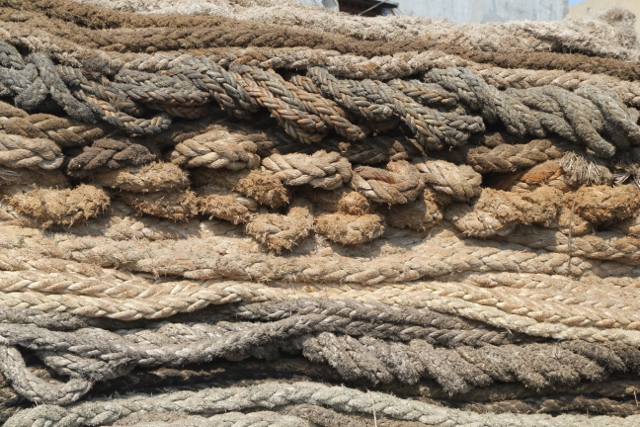 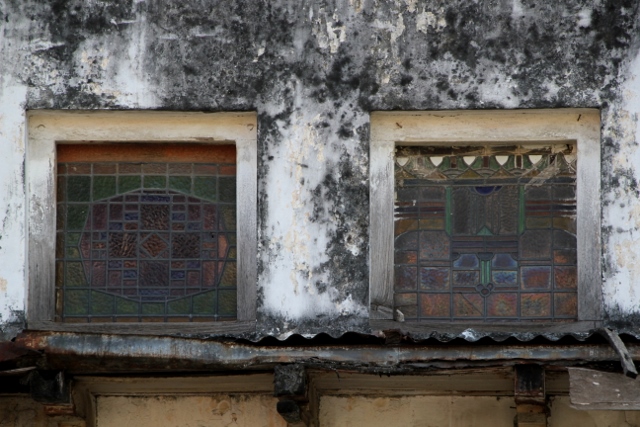