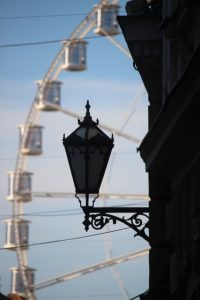 Eger is a lovely little town, despite its abundant tourist facilities

Eger is a pleasant, albeit touristic town, with plenty of over-exploited touristic atractions in the surroundings.

We have clearly hit the tourist trail by now. After Hortobagy National Park, Eger, too, is very touristic. Multi-language restaurants, the wine trail, even a Ferris wheel. Nevertheless, it is a pretty town, with a pedestrian zone with lots of narrow, winding streets, a few attractive squares, churches and even a castle – heavily restored, but offering nice views. 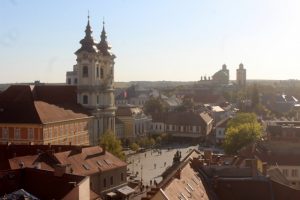 one of the squares in the town centre 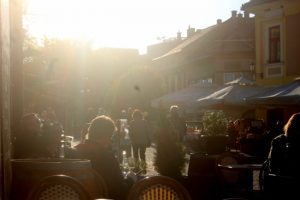 busy with tourists in the mid October sunshine 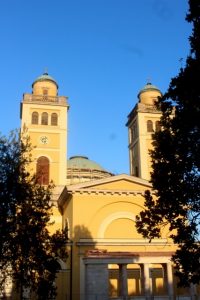 the Eger cathedral, just outside the centre 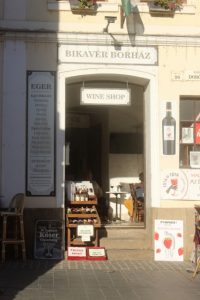 a wine bar at the central square 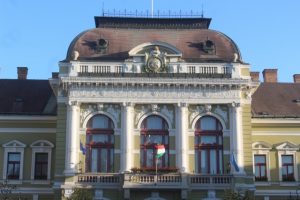 one of the official buildings, municipality perhaps 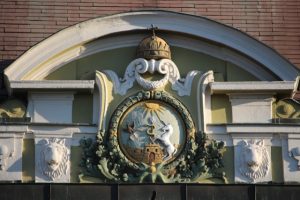 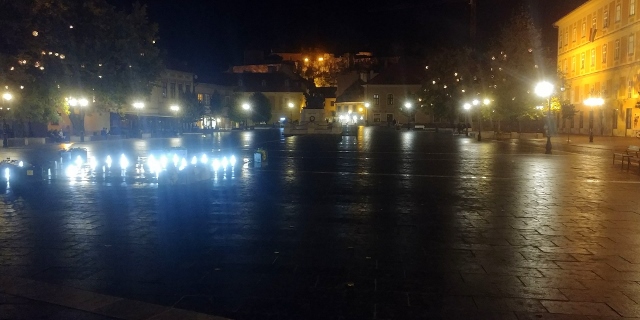 the square at night 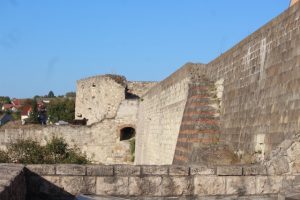 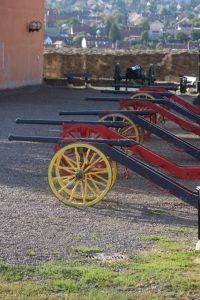 and I am not sure about the authenticity of the canons 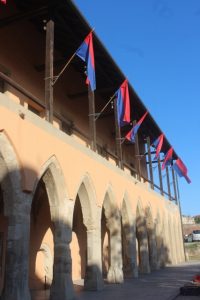 and inside, heavily restored buildings

The castle is a bit of a thing, here. Apparently, in 1552 it withstood an Ottoman siege of 35,000 to 40,000 soldiers – some say 100,000 (and some say 12,000, but alas) – with only 2000 locals, including women who poured boiling fat over the attackers. A hero’s story. Never mind that the Ottomans came back in 1596, and took the castle within a week, and subsequently sacked and burned down everything Eger. Which is, perhaps, why the castle is heavily restored. And why one of the oldest, original buildings is a minaret. 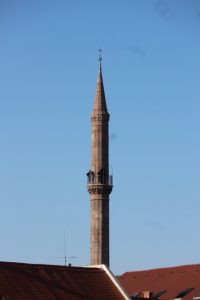 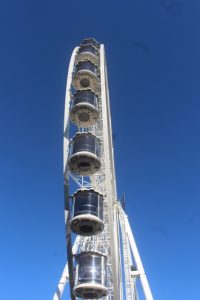 the Ferris wheel, as a statement of modern tourist attraction 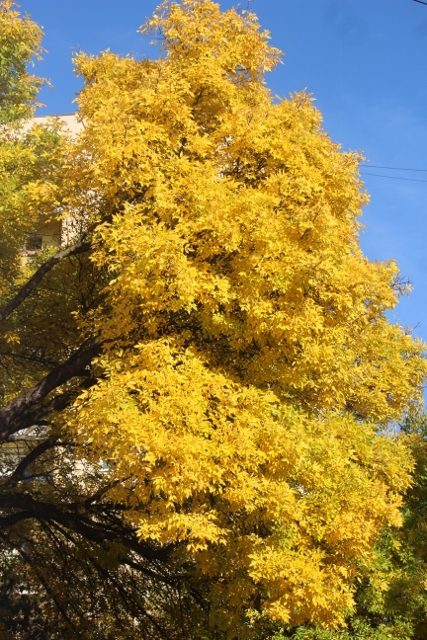 abundant yellow trees in the streets 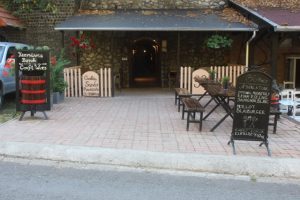 wine bar in the Valley of the Beautiful Women, empty 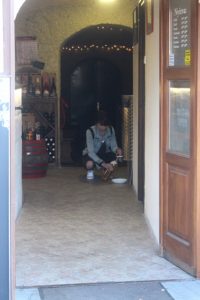 this one shows some minimal activity 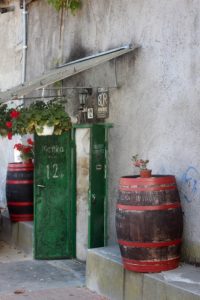 and here, too, not a lot of customers 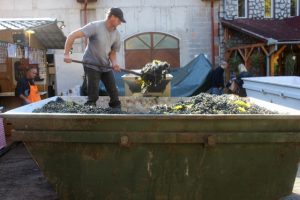 the afternoon attraction is grape processing 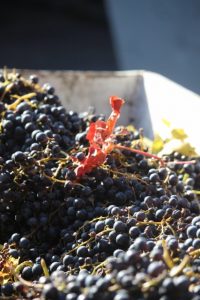 and that is all there is, grapes

Just outside town is the attractively named Valley of the Beautiful Women, reason enough to explore. From descriptions I had expected some winding valley, with sloping vine yards on both sides, and wine tasting opportunities every few hundred meters, or so. Wrong. The Valley of the Beautiful Women is in fact a large square, surrounded by a couple of restaurants and many more wine bars, catering for a large amount of tourists. Who, beginning of October, aren’t there, really, not even on a sunny Sunday afternoon. So almost all wine tasting venues are closed, and the ones open are eerily empty. In fact, the highlight of the afternoon is a guy stuffing grapes down a crushing machine, the first part of the wine production process, in a corner of the square. But even this doesn’t attract the masses anymore. It is too late. 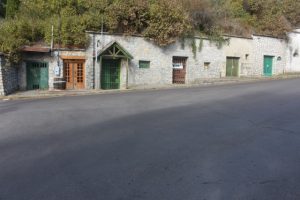 Which is not to say that there is anything wrong with the Eger wine itself. Especially the Egri Bikaver, a strong red blend of at least four different grape varieties, is quite an acceptable wine, one of the better ones we have had so far. Its name means Bull’s Blood…. 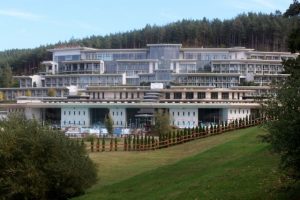 the spa resort in Egerszalok, huge and modern 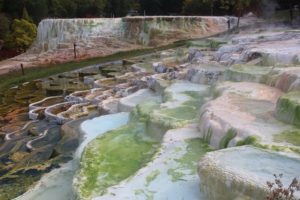 and these are the salt deposits visible from the hotel pools 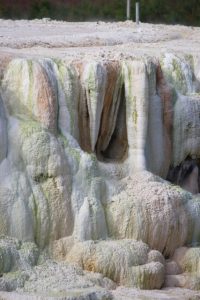 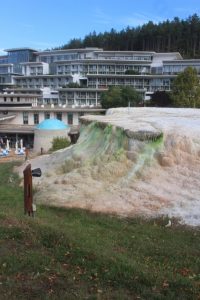 but pretty small all together, and pretty far away 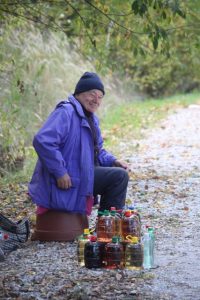 near the resort, a man selling his own wine 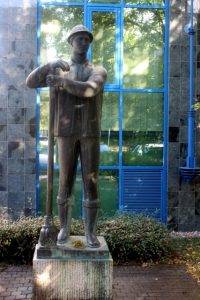 in Eger itself is the geological institute, honouring those drillers that found the water!

A little further outside town, in the village of Egerszalok, the main business model is based on spa resorts; from the pictures we saw a series of outdoor pools in and around a travertine and salt mountain from which the spring water originates. Well, the reality is a little different. There is a salt mountain, all right, although a lot smaller than we had expected. And a little further, downhill, is this enormous resort, with a couple of outside pools with views of the salt. And even though it is pretty cold, the pools are full of people. Hungarian tourists appreciate hot spring water over tasting Bull’s Blood, so much is clear. But are we going to sit in between them, just to stare at a distant salt hill? Don’t think so.

(incidentally, the salt water spring here was discovered in 1961, when drilling for oil, and I don’t think this was the only spring encountered this way. The resulting spa industry is far more successful that the Hungarian oil industry!)

Next: Miskolc, where we do find a spa. 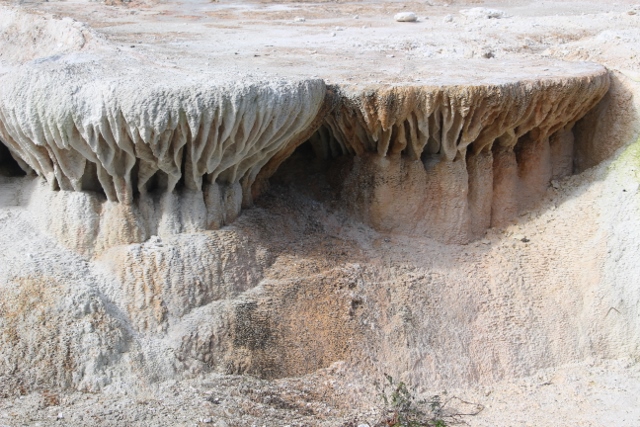 another pretty picture of salt deposits