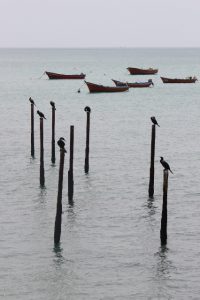 the fishing club in Pisagua

Once important Pisagua s now a small fishing village, but its cemetery is a reminder of its saltpetre past.

Having our own car again allows for much more flexibility, of course. Not only so we can stop if and when we want, but also so we can go where we want. After having investigated some of the oficinas north of Iquique, we drive on to Pisagua, a small harbour somewhere halfway Iquique and the border town of Arica. 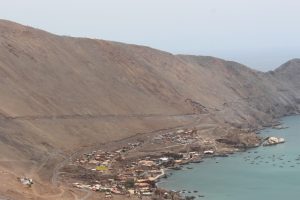 view of Pisagua, all of it 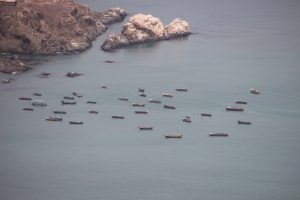 and the entire fishing fleet 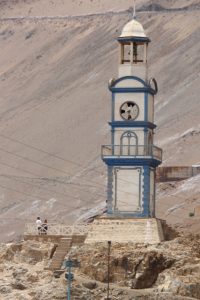 the local church tower, above the village 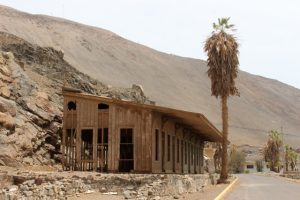 the railway station, or what is left 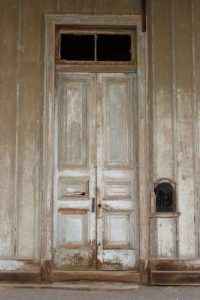 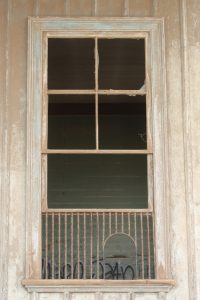 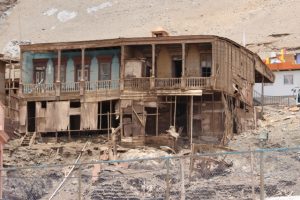 one of the few remaining mansions from the saltpetre era 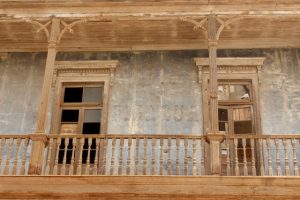 and another one, slightly better maintained

As so many places here, Pisagua used to be important during the saltpetre era, as a place where the caliche was dug up, but also as one of the major ports for export. There is an old railway station – although, unlike elsewhere, there are no traces left of tracks, or anything else railway-related. A theatre, and several half-ruined mansions, like the ones we saw in Iquique, but not maintained. Signs of forgone glory: nowadays Pisagua has maybe 200 inhabitants, involved in fishing, not much more. It is hard to believe that this town, a hundred years ago, was one of the most beautiful cities around the Pacific, and the third-most important harbour of Chile. 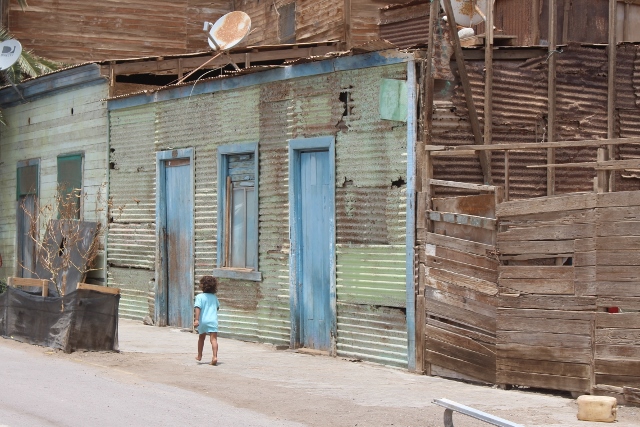 not every house is a mansion 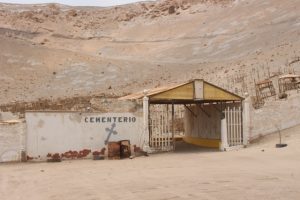 the entrance to the cemetery 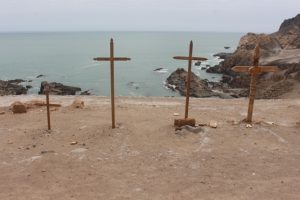 simple crosses at the sea front 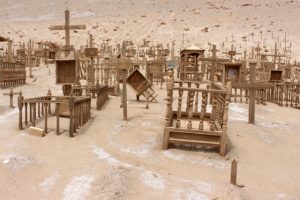 and a whole range of graves behind, up to the mountain side 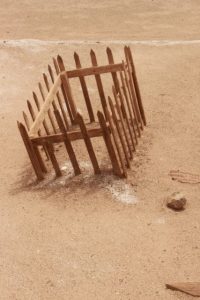 a small grave, that of a child 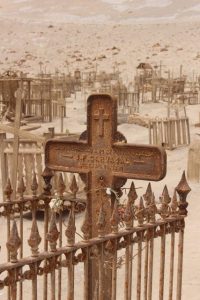 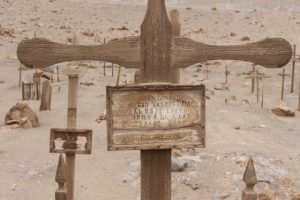 and a wooden one from which the text is visible, from 1885 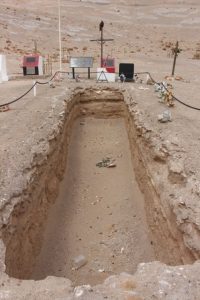 the opened-up mass grave from the Pinochet era 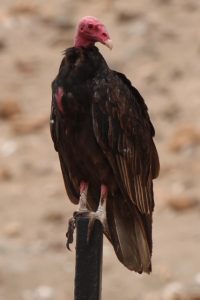 But a little out of town the cemetery tells the story. It is much bigger than that of a small village, and runs from almost the coastline up the hill, wooden cross after wooden cross. In this dry climate, they don’t deteriorate, they don’t rot away, and many of these must be over a hundred years old, too. Problem is that the writing has eroded, so it is difficult to establish exactly how old, except for the occasional metal plate, which remembers someone who died in 1891. Some very small graves suggest that the one buried here was only a child. Not all the graves have survived, of course, some of the crosses have fallen, some of the wooden fences around the graves have collapsed, but it is remarkable how much is still left in its original state. Without anybody tending the graves: there is no family left anymore.

Pisagua was also the place where during the Pinochet years unwanted leftists were incarcerated, a concentration camp, really. Complete with its mass graves. At the far end of the cemetery is a monument to the ones who died here during the dictatorship, recalling some of the horrors. One of the pits in which 14 bodies were found is left open, as an example. The vulture keeping watch over it could not be more lugubrious.

next: the geoglyphs of nearby Tiliviche – or skip directly to Arica 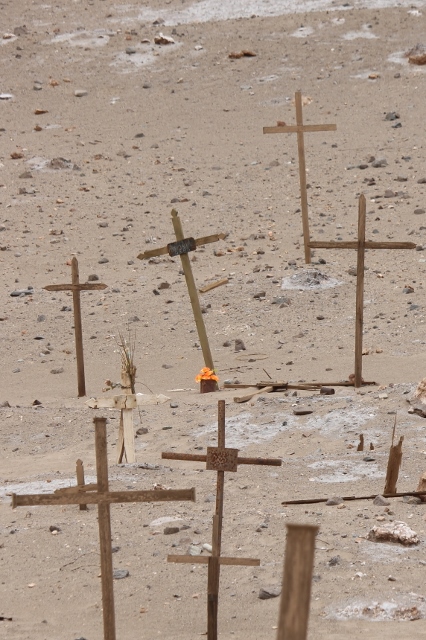 not every grave is elaborate