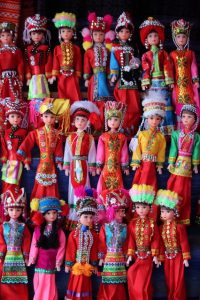 Northern Vietnam is very much land of minorities, even in Barbie form

Looking back briefly on three weeks Vietnam, and the pros and cons of traveling out of season. Oh, and about one other major change!

Vietnam is another country we return to, this journey. We came here first in 2011, eight years ago. But then we entered in the South, travelled to the middle of the country, and never reached Hanoi, because we ran out of time. So this is not really a return, in fact we are breaking new ground. And gaining new impressions: where eight years ago we were somewhat disappointed, after coming from Laos and Cambodia, this time we were pleasantly surprised by the extraordinary friendliness of so many people, especially in the northern mountainous area, but also in Hanoi, Haiphong, Ninh Binh. After coming from China. 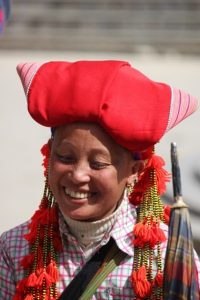 in real life they are even more colourful, these minorities 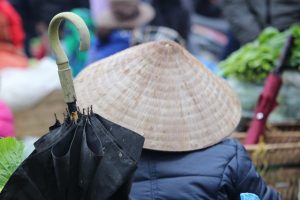 although this is perhaps even more quintessential Vietnam

There is the possibility, of course, that the friendliness is just an artificial attitude that comes with the tourist business – after all, our almost three weeks in Vietnam were, in that respect, the total opposite of China; here, everywhere touts, tours and travel agencies. But I don’t think so, in Catba, the centre of Vietnam’s prime tourist location, people were mostly indifferent, and many of the tour operators, face-to-face in Sapa or via internet contact to arrange Halong Bay cruises, were, if anything, complacent, couldn’t care less if you went elsewhere – but without ever being unfriendly, or impolite. The ‘couldn’t care less’ attitude, by the way, says quite a lot about the status of the tourist industry. It is going well, and there is loads of money being made, otherwise there would be far more competition, and willingness to negotiate, for the tourist dollar. 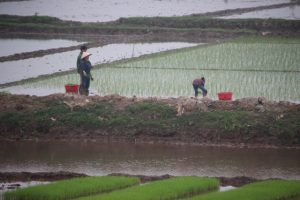 work in the paddies

Which makes me contemplate a little more about the experiences of those past few weeks. I know I have complained a lot about the weather, and at some moments it was indeed rather infuriating, if a time-bound opportunity was spoiled by rain or fog, but the other side of the story is, of course, that it is not for nothing that it is low season. And I would hate to be here in the high season! When the ethnic markets are crowded with foreigners, the walking trail in Sapa clogged with tourists, and every single sampan in use on the various river trips around Ninh Binh. Not to speak of Halong Bay, where so many more boats surely obscure the scenery far more than a cloud or two. Perhaps, on balance, a bit of bad weather is preferable over the big numbers during peak season. Because if one thing has changed over the last eight years, it is that Vietnam has established itself firmly on the tourist trail. 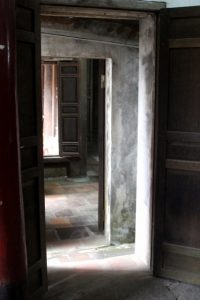 view into one temple 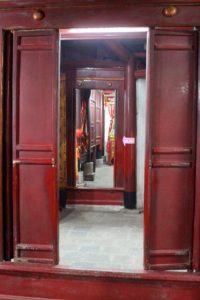 into a second one 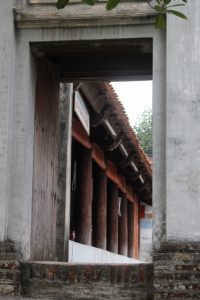 and a third, thankful photo subjects 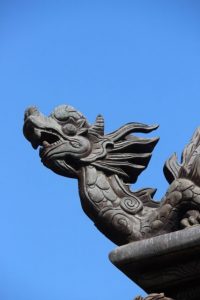 the dragon on the temple roof 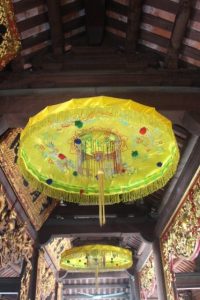 the colourful parasol inside 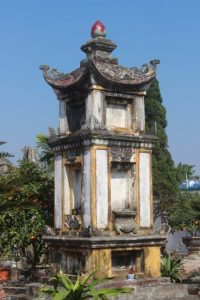 and a tomb in the back – you know 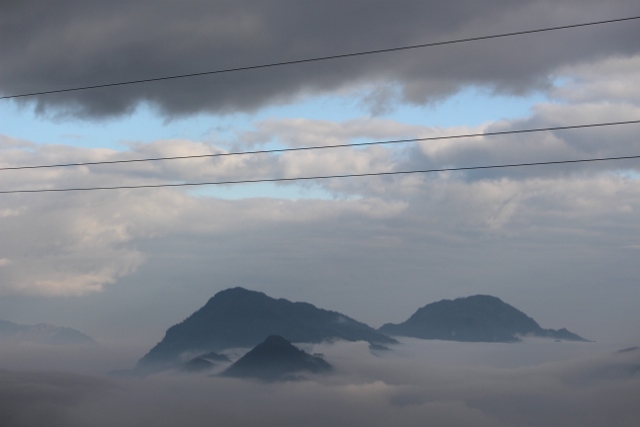 and this sums up our weeks in Vietnam….

Oh, and there is another thing that has changed. On our last afternoon in Hanoi we, at one point, thought that our hotel had been the target of a terrorist attack. Not only from downstairs, the restaurant, came the screams, also from across the road. As it turned out, there was a football match going on, and the last minutes were a nail-biter. And when Vietnam won, which turned out to be the semi-final of a rather unimportant tournament, the Asia Football Championships for Under-23 year olds, the streets exploded into a sea of celebrating people. Cars and motorbikes carrying the Vietnamese flag, all sorts of horns an sirens, and passengers with red shirts, red stars on their cheeks and red headbands. Pedestrians were waving on street corners and banging pots and pans in an attempt to make even more noise than usual. Great atmosphere, which went on late into the night, many hours after this historic victory. Apparently, for the first time a Vietnamese football team had survived beyond the group stage of any international football tournament. Now, for Vietnam, that’s a major change!

next: we move on to Luang Prabang in Laos 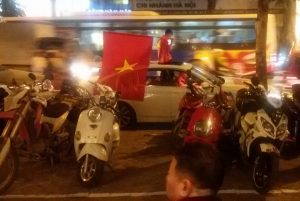 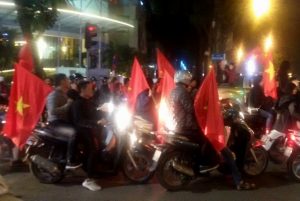 One Response to 30. another intermezzo