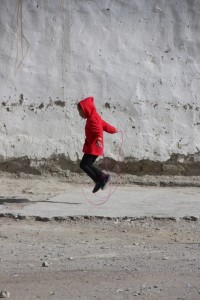 girl playing in the afternoon sun in Karakul 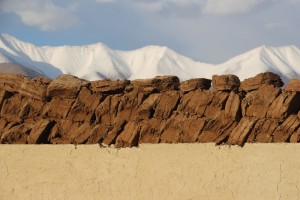 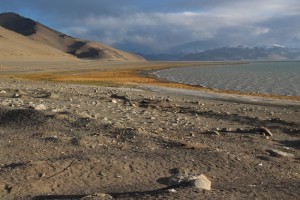 the lake shore near the village

Approaching Karakul in the late afternoon, the village of Karakul lies idyllic at the shore of the lake with the same name. At least, that is what it looks like from the car. As soon as we get out, to check in at the homestay, the wind catches us; even without it, it would have been freezing cold, but the strong blaze escalates the winter feeling, and accelerates the speed with which we add further clothing to our body. Mind you, it is the last day of May, but at 3900 m altitude, it never gets pleasantly warm here, even in August at midday the temperature doesn’t rise much above 15o C. 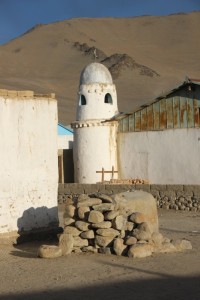 one of the two minarets of the tiny mosque in Karakul 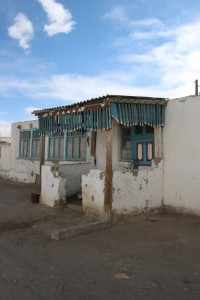 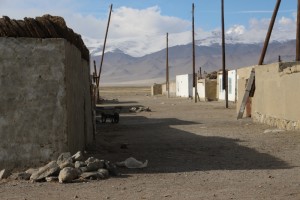 your average village street in Karakul 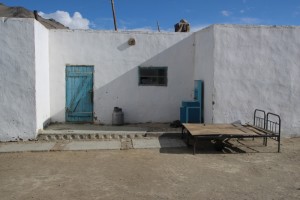 not sure why the beds are outside… 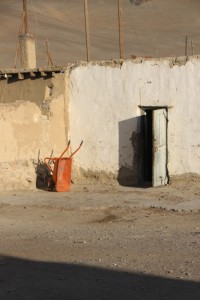 a girl arranging the yak dung cakes on the roof 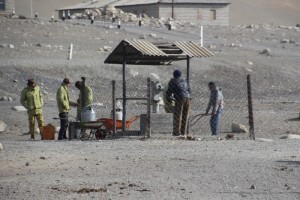 one of the water wells in the village 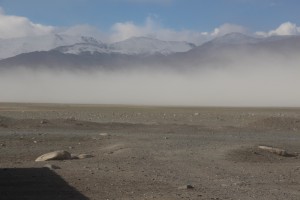 We are not the only ones to stay here. Apparently, the Chines pilgrim Xuan Zang, instrumental in developing the Silk Road, camped here in 642 AD, as did Marco Polo in the 13th Century, and the explorer Aurel Stein in the early 20th Century, on his way to the Taklamakan Desert. But right now, there are no other foreigners, and it doesn’t look like they flock to this place in great numbers yet, despite the multitude of homestays.

Checked in, and packed up, I take a walk through the village. The impression of idyllic comes from the low white houses, blue doors and windows, unpaved streets in between them. A tiny little mosque, with two tiny little minarets, is hidden behind several larger houses. A village square, with several outdoor ovens, an empty, rusty tank with no apparent function. A water well, with several villagers filling up buckets. Children playing. An overall very peaceful picture surrounded by beautiful, white-capped mountain ranges But reality must be quite different, life must be really hard, here, and the cold wind emphasizes that once more. In the distance a wall of sand approaches, and before I get my sunglasses and my camera sandblasted, I get back to the little homestay.

Why are these people still here – I have asked myself this question many times, in many different places during my travels in the past 25 years. The village is at the lake, but at this altitude the lake doesn’t support any life. Water can also not be the reason, because the lake water is slightly salty, undrinkable; there are several wells in the village. The only animals that can survive here are sheep and yak. And it is not that Tajikistan is overpopulated. 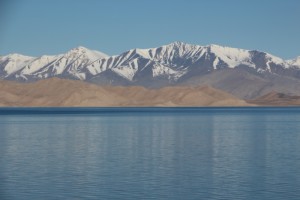 The next morning, at 5.30 pm – it is already bright light, by then, this country operates on time that suits the capital Dushanbe, much further to the west -, the wind has gone. It is still cold, but with plenty jumpers it actually quite pleasant in the sun. Another stroll through the village, and to the lake, reveals why this is, after all, such an idyllic place. The clouds that hovered over the mountains yesterday are gone, too, and the snow-white ridges contrast spectacularly against the bright blue sky. Some yaks wander along the lake shore, and the first villagers are up and about. Perhaps this is why they are all staying? 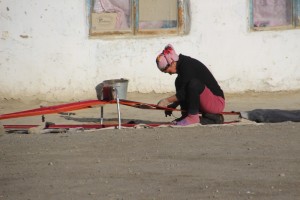 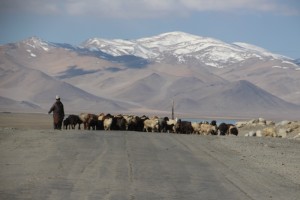 village man taking the sheep for a walk, early morning

But half an hour later the cooking fires, using coal and yak dung, are on, in every house. And without the wind, the smoke and the smell slowly envelop the village. I hurry back to my homestay. 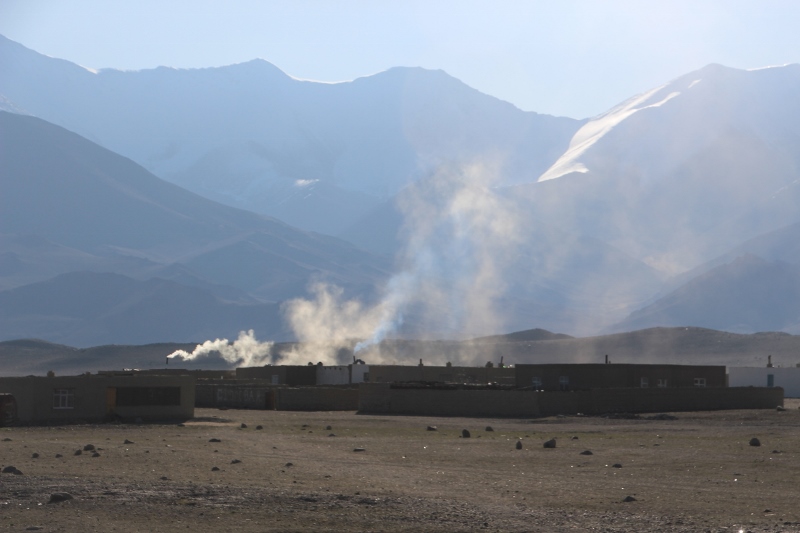 from the cooking fires inside 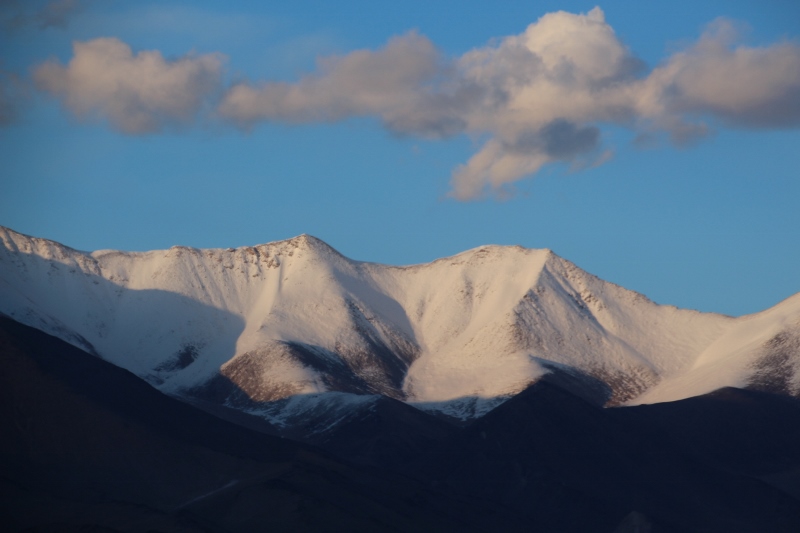 view from the village – in all directions