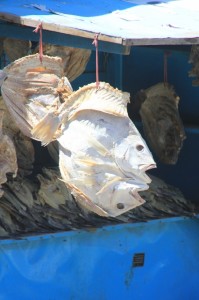 Makassar is ethnic Bugis territory, which shows in some of its history, and in its harbour and fish market.

As I said earlier, there is more to Makassar than just Fort Rotterdam. 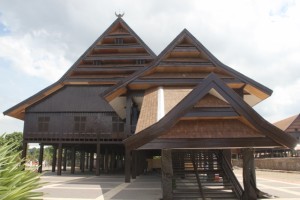 The southern part of Sulawesi is ethnic Bugis territory, a people adept at fishing, but even more so trading – and its occasional offshoot, piracy. But they were far from a united front, and at various times western and eastern Bugis states competed for power; ideal for the Dutch, who, in their quest to dominate especially the spice trade, occasionally interfered in local politics. To the south of Makassar is the tomb of one of the victims of such divide and rule approaches, Sultan Hasanuddin, who died in 1670, a year after he was deposed by the combined forces of eastern Bugis and Dutch. And not far away from here is an eastern Bugis palace, built entirely from wood – quite impressive, even though the present building is only some 60-70 years old. 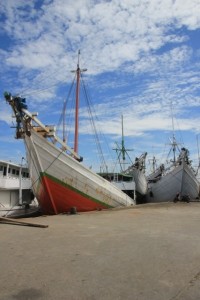 ships in the Paotere harbour 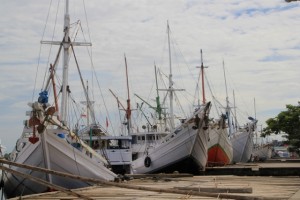 Present-day Bugis activity is concentrated in the Paotere harbour to the north of the city centre, where the traditional Bugis boats are being loaded – legitimate stuff, I would like to think that piracy is a thing of the past. Lots of atmosphere here, lots of impressive boats, many with sails, too. Although we have seen this type of harbours now several times, in Jakarta and Surabaya, too, it remains attractive. 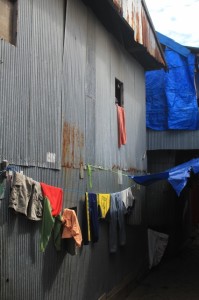 the fishing community behind the harbour 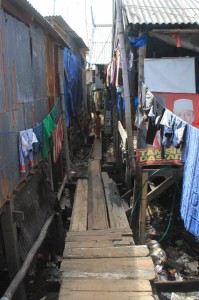 narrow passages between houses on stilts 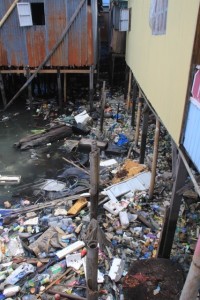 plenty of room for rubbish, here 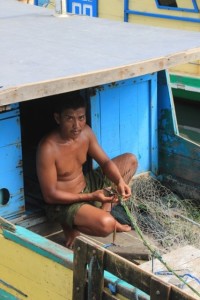 Behind the harbour is a fishing community, with houses on stilts, and narrow passage ways in between, made of wooden planks. Rather than walking all the way around, we enter from the harbour area, over a rickety bamboo platform. Nobody objects. We wander in between the houses, where people are going about their day-to-day business. Nobody objects. Instead, people welcome us, friendly and inviting as always. Soon, we are being accompanied by the children of the neighbourhood. Nets are being mended, fish is drying in the sun. Kids are playing in the water. Rubbish is everywhere. After a while, we climb back into the harbour area. Nobody objects. 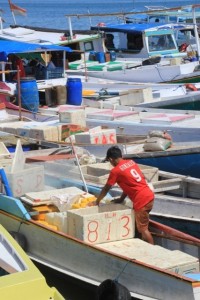 the boats deliver the fish straight to the market 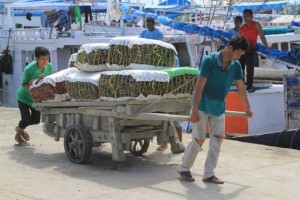 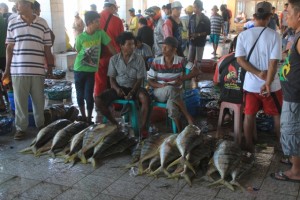 everybody guarding his own catch 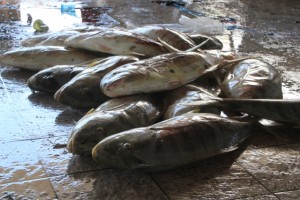 and catch it is! 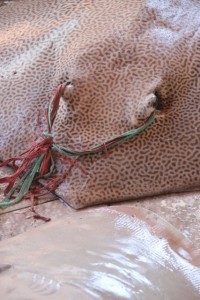 this was the biggest sting ray on display 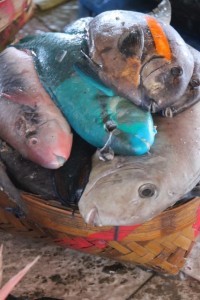 the most wonderfully colourded fish 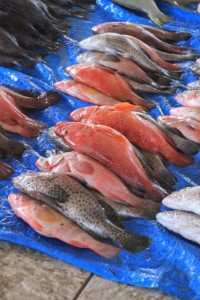 A few streets further is the fish market. This is how fish markets are supposed to be, directly next to where the boats land. No tables, just a concrete floor, and Styrofoam boxes filled with fish and ice. The smaller traders make do with plastic baskets, or even smaller bamboo ones. But everybody is equally proud of their ware, and want us to take pictures of their fishes. The selection of fish is overwhelming, from sharks, barracudas and enormous sting rays to fabulously coloured smaller fish, no idea what they are called – but I have seen them in the past, whilst snorkeling. Like in the port, and like in the fishing community, the atmosphere here is so nice, so friendly, so relaxed. Football is a big thing, and our mixed origin – Argentinian and Dutch – sparks a lot of speculation about the abilities of our children. And we happily feed that – why disappoint?

Reluctantly, we move away from the market. The rest of Sulaweswi is waiting to be discovered, too.

next stop is Pare Pare 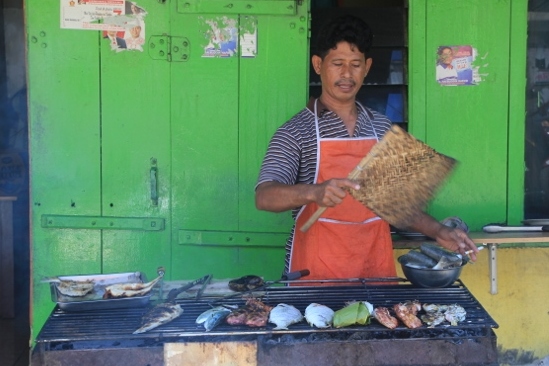 luckily, somebody is doing something useful with the fish 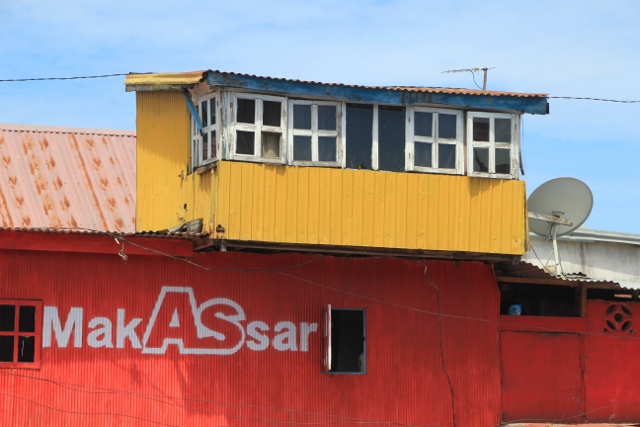 buildings in the harbour