30. another intermezzo 32. the plain of jars 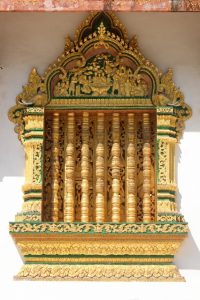 wat window in Luang Prabang – temple window, in one of the many temples

For some time-off we moved to Luang Prabang, Laos’ laid-back former capital on the Mekong, with its many temples and even more restaurants.

After six weeks of traveling, we were desperately in need of a few days’ vacation. So we changed plans, and instead of traveling overland from Vietnam to Laos, another couple of days battling with train and buses, we flew from Hanoi to Luang Prabang. In a bit over an hour. 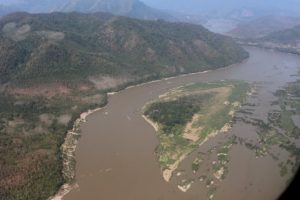 the Mekong river from the plane, arriving in Luang Prabang 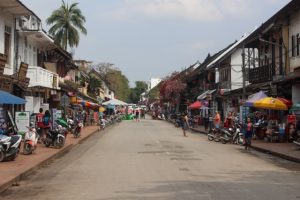 the main street in town. Really!

We have been in Luang Prabang before – yet another return trip! – and we loved it then. This time, having seen the sights, done the excursions, we just did what everybody else does here: we laid back. And enjoyed four days of eating and drinking. Especially the eating is a feast, almost every lunch and diner we found another restaurant, with its own speciality dishes. Think lemongrass stuffed with minced chicken, fried river weed with sesame seeds, crispy fish, or aubergine mash. In our enthusiasm we even did some activity, one evening: we enrolled for a cooking class, where we learned to prepare several dishes we had never heard of before, let alone tasted them. And got the recipes to try at home. 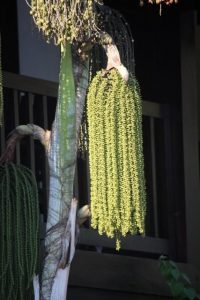 and a tree, in the late sunlight 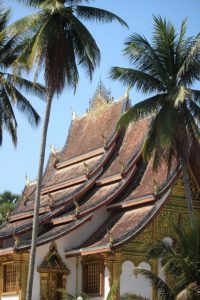 a familiar view, one of the temple roofs 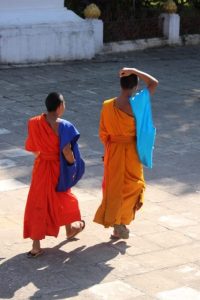 and some of the many monks linked to the temples 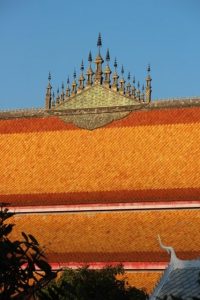 Luang Prabang is a bit of a strange town. A former capital of Laos, it has long ago sunk in oblivion, only to have been resurrected by UNESCO, when it declared the town a World Heritage Site. Attracting massive amounts of tourists, and lots of money to ensure the town retained some of its authenticity. Nowadays, every other house in the centre is a guest house or a hotel or a restaurant, or is in one way or another related to the tourist industry, but almost all of them are indeed tastefully restored and blend in well. Apart from taking in the town’s atmosphere, which is to a large extent determined by its many Wats, the Buddhist monasteries and temples, there is not a lot to do. So to ensure the tourists stay as long as possible, a whole industry has sprouted offering not only massages, but every possible course possible; cooking classes, indeed, and dying, or weaving, or weaving and dying, sketching, batiks, you name it. Yet, the vast majority of the tourists, and there are a lot of them, seem content hanging around in bars and cafes, strolling the night market, and doing – a bit like ourselves – very little indeed. Laid back. 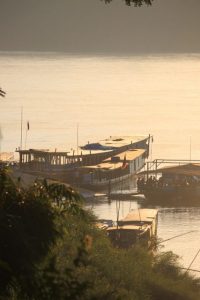 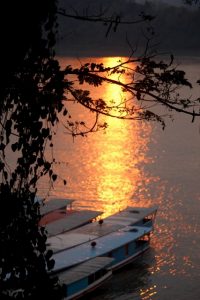 the obligatory sunset, from one of the riverside platforms 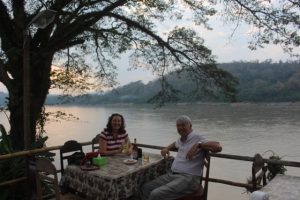 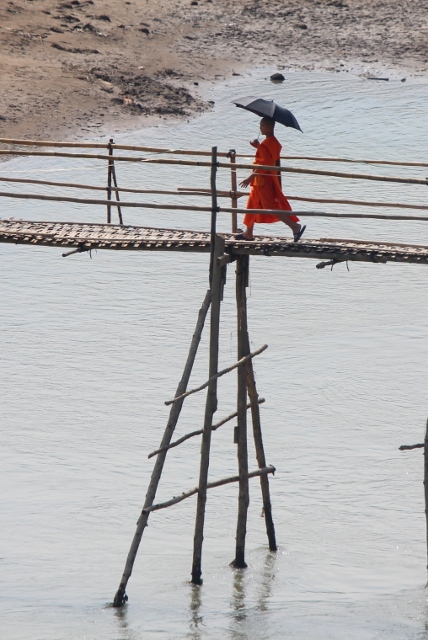 monk crossing a wooden bridge across a small tributary 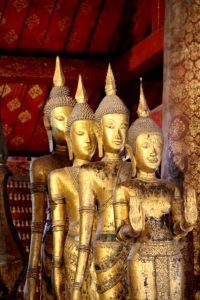 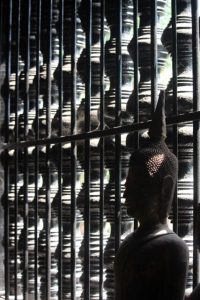 a Buddha sculpture in front of a window in Wat Visounnarath 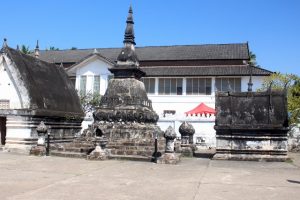 an old stupa in te middle of town 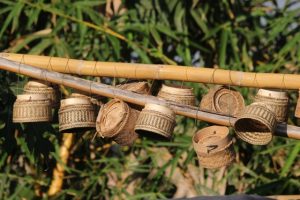 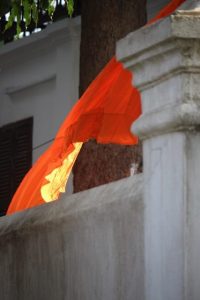 a monk’s robe drying in the wind

Ok, we did take a walk, so now and then. We did go back to some the most venerated Wats, the temples that Luang Prabang is famous for, the most important one being Wat Xieng Thong, and the oldest one Wat Visounnarath. We rented a boat and spent a couple of hours cruising the Mekong. Occasionally we installed ourselves on one of those terraces on the river bank, to observe the sunset. Gin-and-tonic, for old time’s sake. Or we just observed the world go by from our own hotel balcony. And did a bit of catching up for this travelogue.

Then we left again, to Phonsavanh, the reason we had in fact returned to Laos. 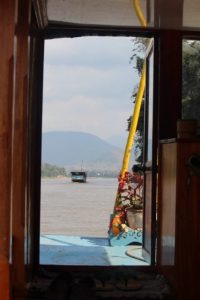 view through the front entrance of our river boat 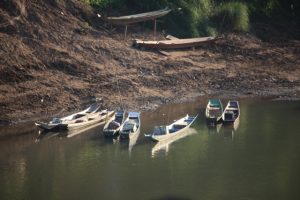 some small boats on the small tributary to the Mekong 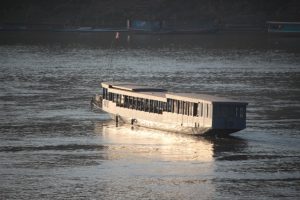 and a bigger one on the Mekong itself 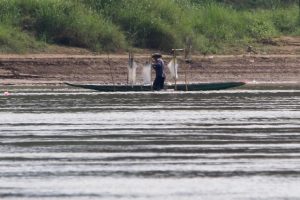 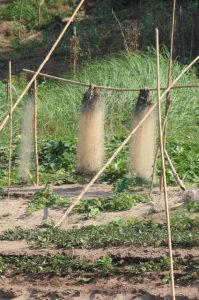 and some of the nets drying onshore 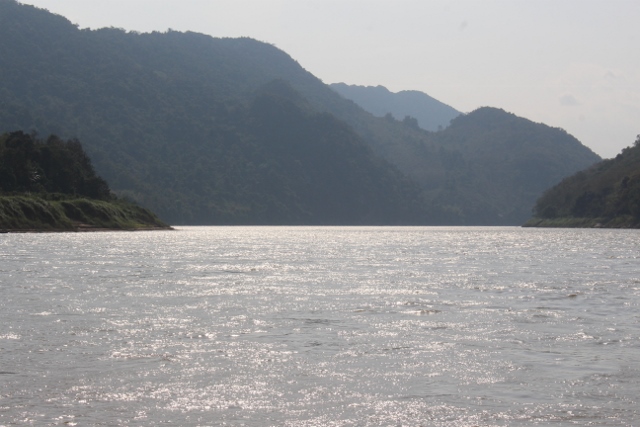 final view of the Mekong, for now, an hour orr so downstream from Luang Prabang

2 Responses to 31. the vacation