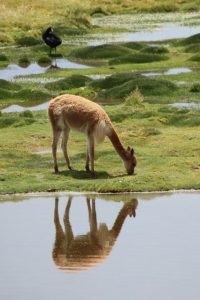 a vicuna near Lago Chungara in the Lauca National Park

Taking it the easy way, we book a tour to visit the Lauca National Park and the Chungara Lake, with all the extra elements that come with a tour.

Earlier we had the idea to move from Iquique to Arica through some of the National Parks high up in de Andes, but with the inclement weather and its effect on the roads, especially in the mountains, we had to abandon that plan. However, from Arica a good road moves up to the National Park Lauca and the Lago Chungara, apparently the highest lake in the world, at 4500 m. Quite a climb, from sea level, in a couple of hours. Feeling lazy, we decide to book a tour. Although normally we are not so much of the tour-type, where you are herded from one place to another, invariably with either too much time – because the subject is utterly boring -, or too little – when at least I find it interesting. Plus the obligatory stops at commission paying souvenir outfits hidden behind a thin veneer of authenticity from selling ‘genuine replicas’. 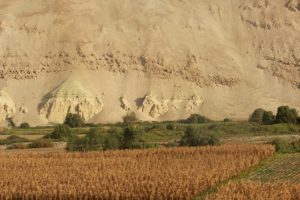 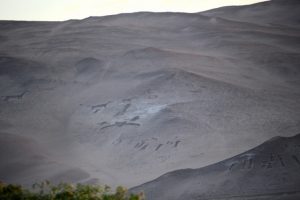 here, too: the geoglyphs in the Lluta Valley 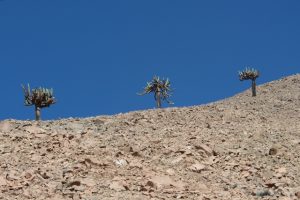 the cacti at the horizon 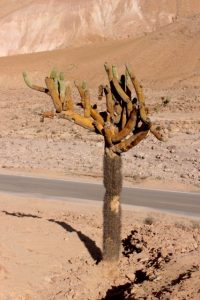 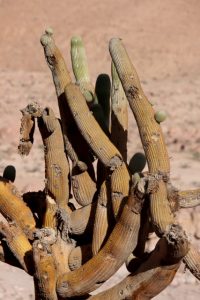 We are the first ones to be picked up, at 7 am. After almost an hour we have collected the rest of the group, 15 in total. Yet another reason to avoid tours. The usual suspects were all there, the one who is always last back in the bus, the one who has always something supposedly funny to add, the one who keeps bombarding the tour guide with the most irrelevant questions, and the one who at the last minute, when we all get ready to leave, decides she quickly needs to go to the toilet, “just a minute”, something she could not have decided during the entire stop of the last 30 minutes. 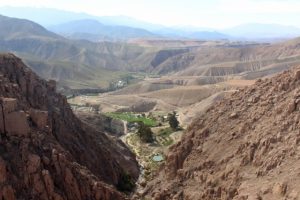 the view from one of the miradores 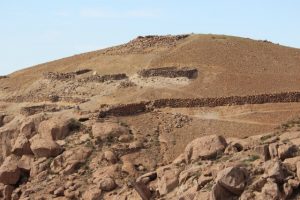 a pukara, a pre-Inca Indian fort 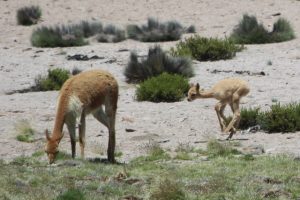 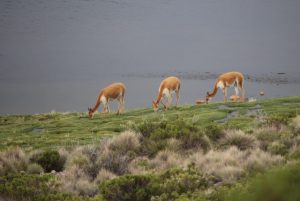 three more vicunas at the lake 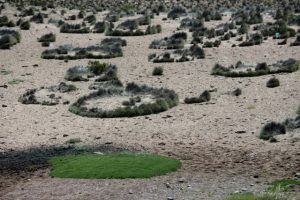 and even stranger, circular vegetation 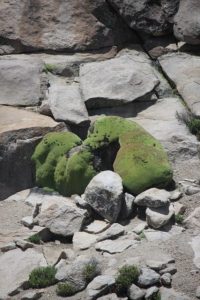 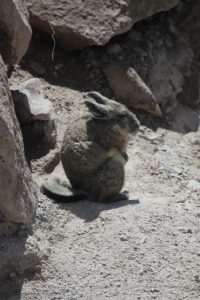 a rodent, not sure about the name

In the next five or six hours we drive up, slowly, stopping for breakfast, for cacti, for guanacos, for vicunas (related to the guanacos; I don’t see the difference, but they can live really high up the mountains, which the guanacos cannot), or just for pretty views across the dramatic valleys, first the Llute Valley, extensively used for agriculture because of its river carrying water the whole year around, and then a side valley which is totally dry. Or views of the majestic mountains, many even in summer snow-covered. Amongst them the Taapaca volcano of 5860 m, and what I think is Parinacota, another volcano, even higher at 6348 m. The driver/guide is very good, actually, urging everybody time and again to drink lots of water and not to eat heavy stuff, to reduce the risk of becoming unwell at high altitude. But by the time we arrive at the lake, almost an hour behind schedule (because of the lady who “just a minute” needed a quick toilet visit, and the other one who was always last on the bus), the clouds have moved in, and a nasty, painful hail rains down. It is bitterly cold, and no fun to spent too much time outside. Of course, some of our group, who have bought lama-woollen ponchos and hats at the last souvenir stall, are now well prepared, so in no hurry to interrupt the endless selfie-taking process. Just when we are ready to leave, after half an hour, or so, the lady of the toilet stops hops out “just a minute” to buy a snack. When she comes back, two others decide that this looks so good, they want one, too. Of course. 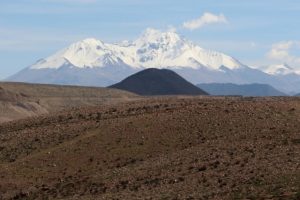 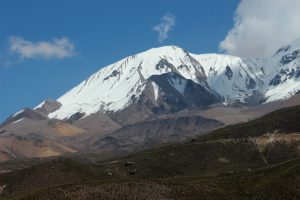 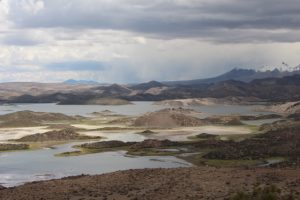 a series of lagoons close to the Lauca Lake 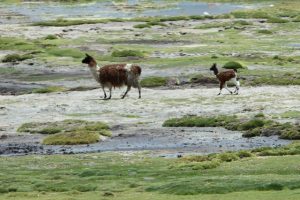 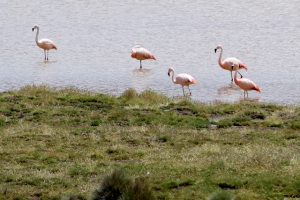 flamingos in the lake 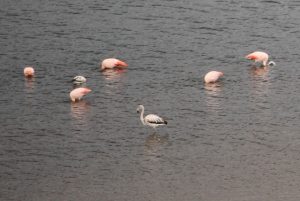 and more of them 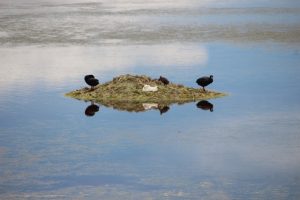 a type of duck building his nest 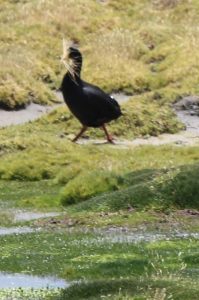 and another one bringing the raw material 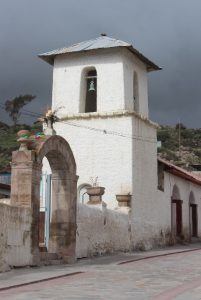 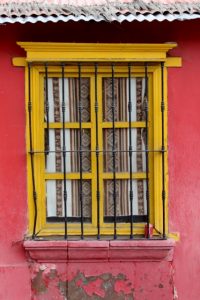 On the way back we stop in Putre, a small mountain town at ‘only’ 3600 m, for lunch, and some free time afterwards, to wander around. Which, really, is a five-minute affair, there is not much to see in Putre. When, one-and-a-half hours later we have all assembled back in the bus again, one of the group asked whether we can briefly stop at the village square, which she hasn’t seen yet. “Just a minute”.

next: to Tacna, in Peru 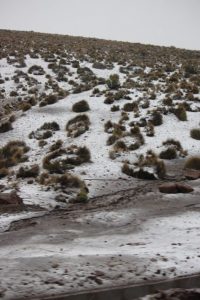 and it was even snowing, a little 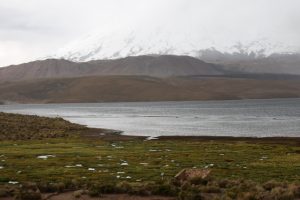 by the time we arrive at the lake, the clouds have moved in 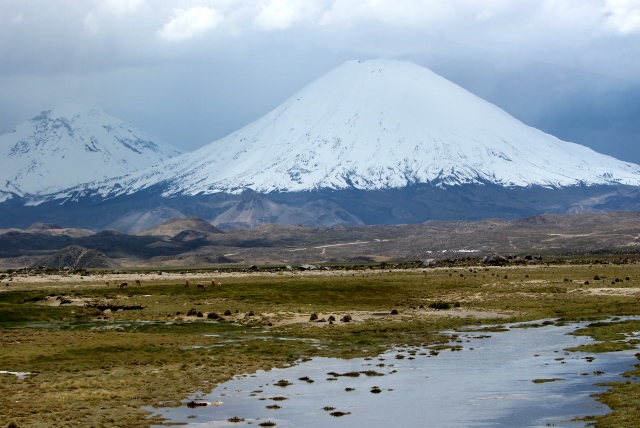