a back door of the basilica in Esztergom

Like Visegrad, Esztergom, too, has historical connotations for the Hungarians. It was here, allegedly, that King Istvan – Stephan – was crowned a Christian king, and formally brought Hungary under the realm of the Roman Catholic church, in 1000 AD. And even though the court moved south, to Visegrad and to Buda, the ecclesiastical focus remained in Esztergom – until the Ottomans conquered the place. 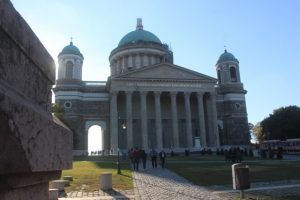 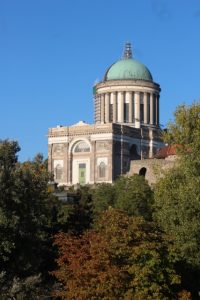 from a distance, note the green door, the same as in the opening photo 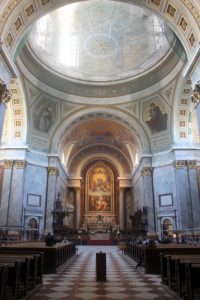 inside, the basilica is – unsurprisingly – equally big, and not particularly pretty 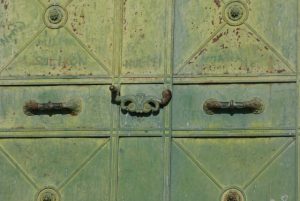 detail of the green door 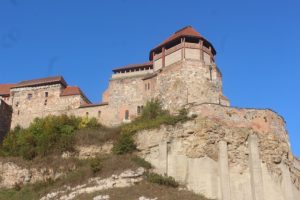 the rest of the hill structure, next to the basilica 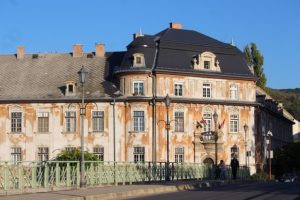 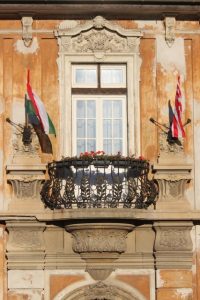 with a lovely balcony

In the 1820s the town regained its religious importance, which was celebrated with the construction of the largest Basilica in the country – which took forty years to complete, but now towers high over all other buildings, from a hill top above town. It is monstrous. The building is huge, but not obsessively decorated; inside, it is all marble, but again, size seems more important than aesthetics; a few mosaics seem to fade away at the edges of the high central dome. What can I say? You must have seen it, as part of the Grand Hungary Tour.

The town itself, on the banks of the Danube, opposite Slovakia, is pleasant enough, with a small pedestrian centre, some lovely park sides along the water, and an impressive bridge across the river. And plenty of spots for a drink, in the late Saturday afternoon sunshine. But for that we didn’t have to come all the way.

Next: to the south, via Kecskemet 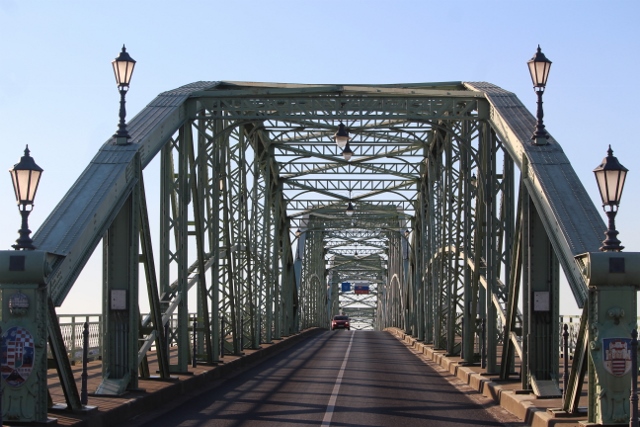 and the bridge to Slovakia, crossing the Danube