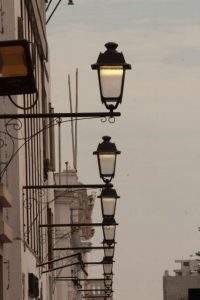 Despite having seen many a colonial town already, Trujillo proved to be different, and very nice, indeed;  Salaverry on the coast is less spectacular, but serves lunch. 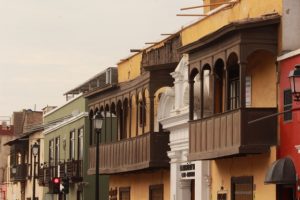 two-storey houses, many with wooden balcconies 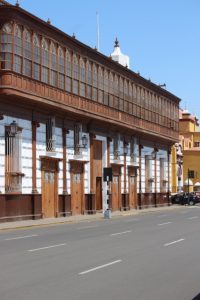 but the real balconies are found around the plaza 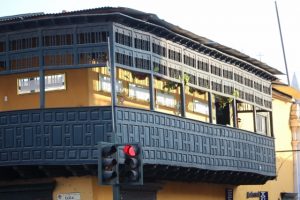 other houses have nice examples too 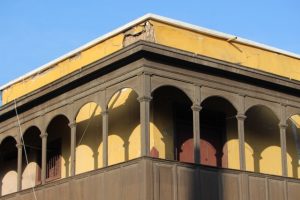 although it is uncertain how oldd these really are entrance to one of the palaces, 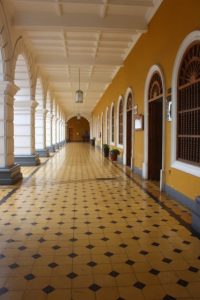 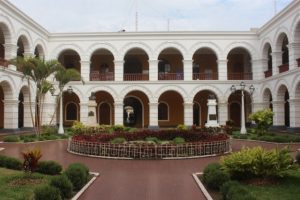 and the courtyard itself, now a Trujillo social club (and restricted access) 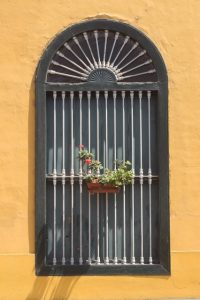 a window with grills 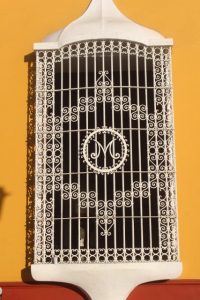 another one, these are Trujillo grills 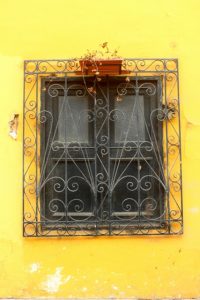 and this one is more decorative 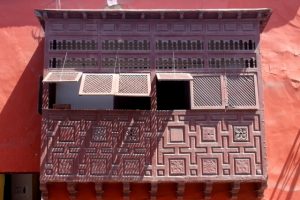 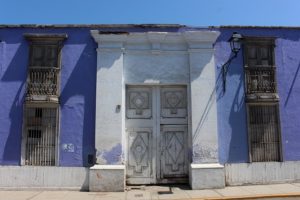 and one of the older houses 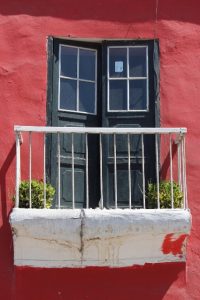 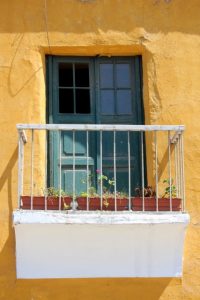 and the last one, I promise 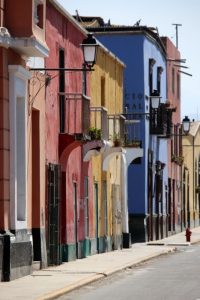 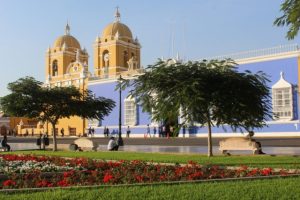 the cathedral at the Plaza de Armas 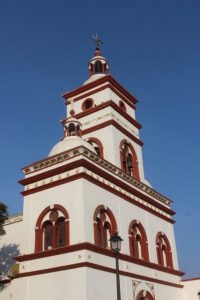 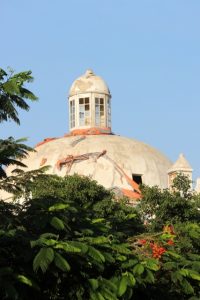 and a church cupola, elsewhere in town

Not sure whether it was the few days holiday, or perhaps the warmer weather along the coast, or even real sunshine again, a cloudless sky, but we are all geared up again. And Trujillo helps. Where I thought that Cajamarca was a colonial town like so many others, Trujillo has a whole different atmosphere, no narrow cobbled alleys but normal streets, with more stately colonial houses, multi-storey, and with the Trujillo hallmark: big windows with grills. And yes, wooden windows and balconies, too. And courtyards, some huge, surrounded by pillars, others are still supporting parts of original frescos. Many houses have been painted in bright colours, which looks nice, especially in the sunlight. The yellow cathedral, not very interesting itself, contrasts sharply with the blue of the neighbouring museum, and the red of the flowers in the Plaza de Armas. Lots of other churches are scattered around town, well maintained from the outside, and inside uninspected, because they were mostly closed. But that is compensated for by the delightful toy museum, el Museo del Juguete. 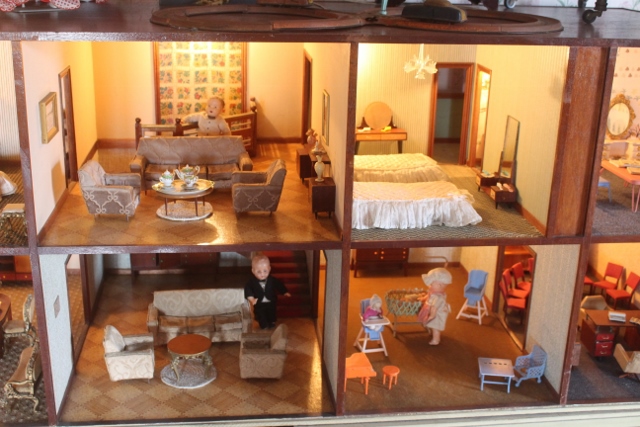 the doll house in the toy museum 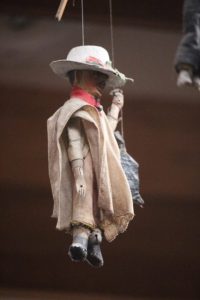 and one of the large collection of marionet puppets 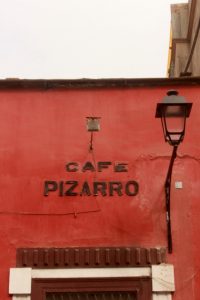 a cafe named after Francisco Pizarro, along the street of the same name

Trujillo was founded in 1534, only two years after the Spanish ‘invasion’, by their leader Francisco Pizarro, and named after his home town in Extremadura, in Spain. The activities of Pizarro were quite controversial, to say the least – a villain, a cruel manipulator, chasing riches, of which he never had enough, and status, in the process destroying the Inca empire -, so it is quite surprising the find one of the main roads in Trujillo named after the number one Conquistador. Yet, nobody seems to have difficulty with this, bars and hotels have been named after him – or the street -, too. 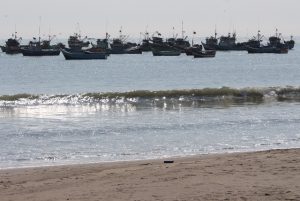 the fishing fleet of Salaverry 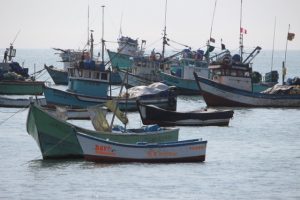 and in a bit more detail fishermen on their way to the beach 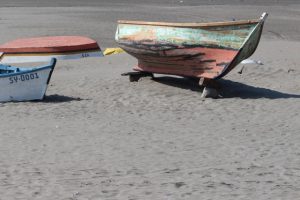 where more boats are waiting 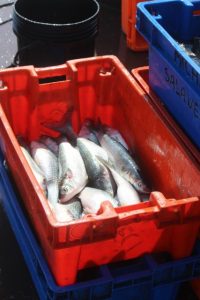 fish is being sorted 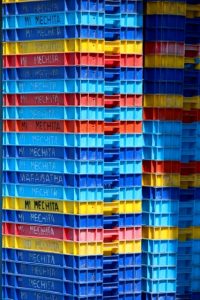 and empty fish crates stacked in the port 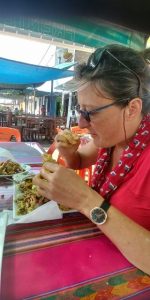 some of us enjoying lunch 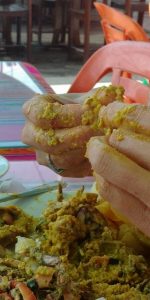 of a full plate of two-armed crabs

Trujillo is near, but not on the coast, so we make our way to Salaverry, a small village with a beach and a port. The beach turns out to be at one side of the port, not very attractive, and the port is mostly a fishing affair, the whole fleet moored in the secluded bay offshore. Small dinghies bring the catch to shore, or rather, to the pier where the fish is being sorted and put in refrigerated trucks. No fish market here, just big industry, a bit like in Santa Rosa earlier.

Which doesn’t stop us from eating a great lunch, of course, with one of us indulging in a plate full of crabs, luckily all with two arms.

next: more pyramids, the adobe remains.