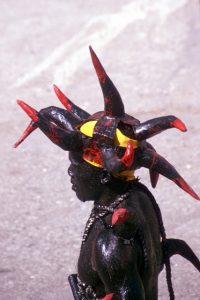 man dressed up for carnival in Jacmel

Haiti celebrates carnival, but nowhere they do it so exuberant as in Jacmel, the capital of the South.

Jacmel is a somewhat sleepy town on the south coast of Haiti. But once a year ‘tout le monde’ comes down, from Port-au-Prince and even further, to celebrate carnival here. There is a parade, groups of people dressed up, slavery is often a big theme, and every year again the large papier-mache masks of world- and Haiti-famous historical figures march through the streets – unashamedly Hitler complete with Nazi salute, Brazilian football star Pele, Haitian liberator Dessaline, Mother Theresa and a whole lot more.

This is the place to be! We went several times, during opur three years in Haiti. Great atmosphere, music and dancing in the streets, everybody having genuine fun.

Even more pictures are here, the faces of the Jacmel carnival, an extra entry.

Next: the crossing, of the mountains between Port-au-Prince and the south 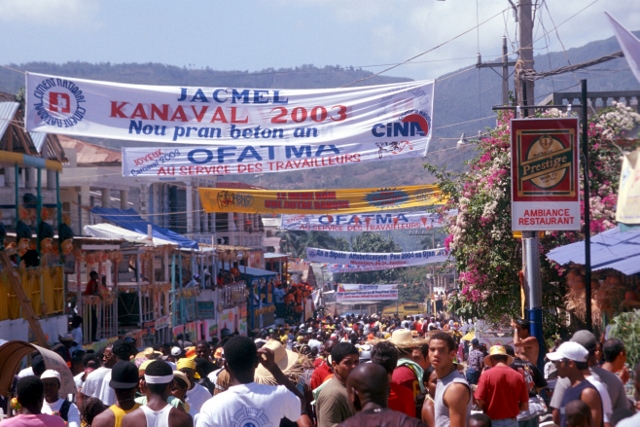 street view, or should I say, people view? 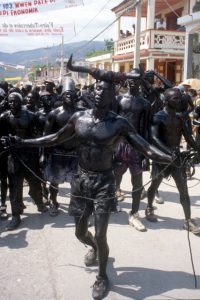 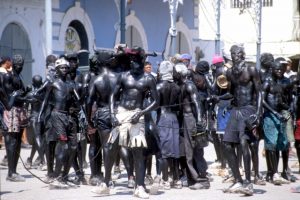 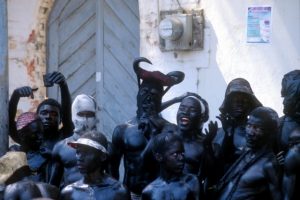 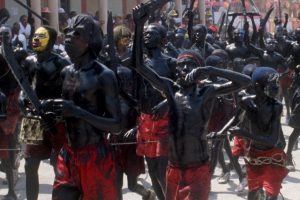 a man on a horse 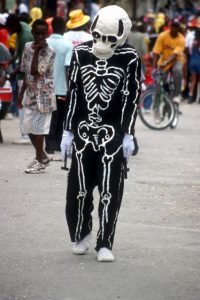 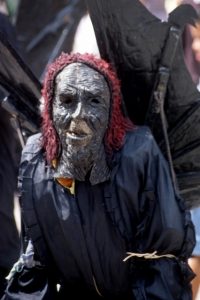 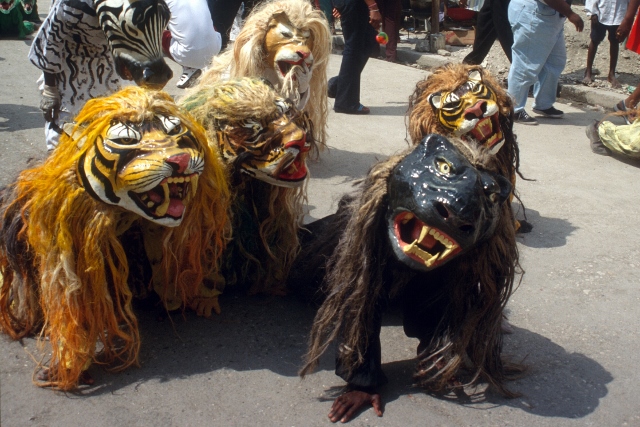 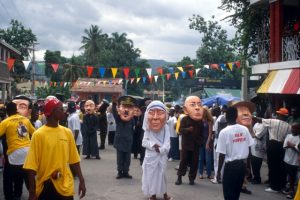 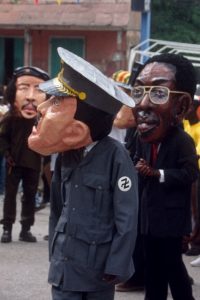 including president Aristide, for good measure 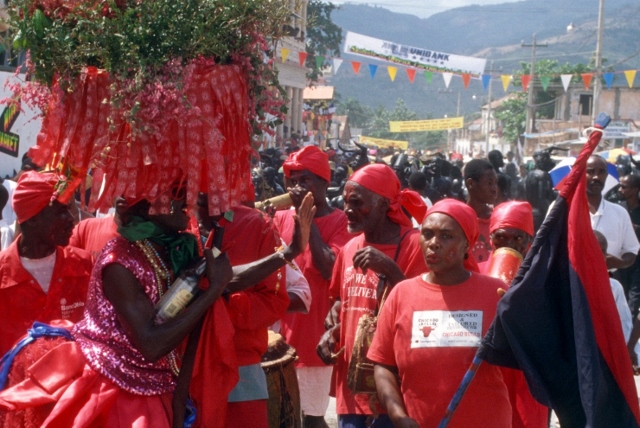 would this be promoting rum? 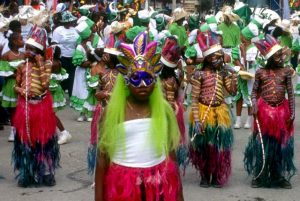 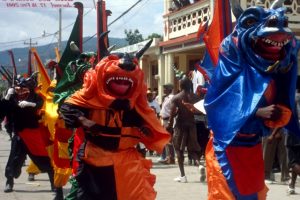 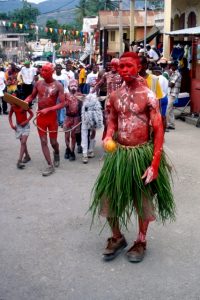 how indigenous can you get? 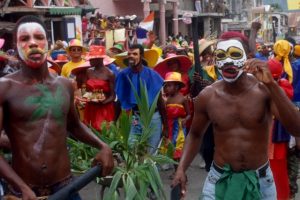 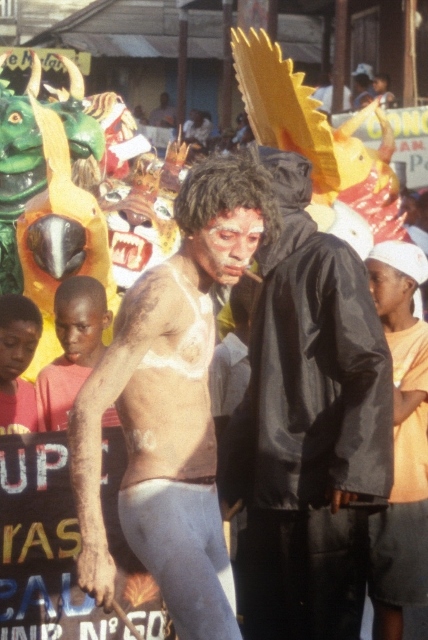 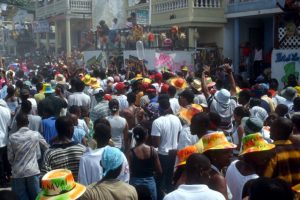 the streets are filled 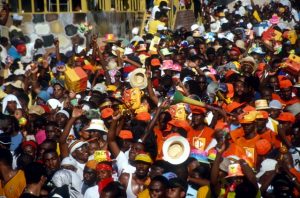 with music and movement 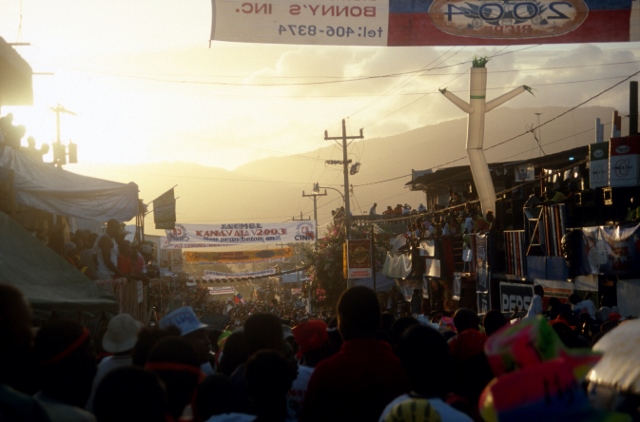 until late in the afternoon