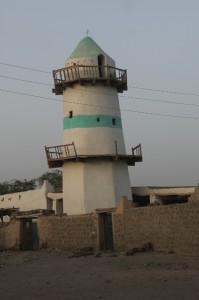 The end-of-the-world, where the Awash River runs into the desert, turns out to be a really nice place, with lakes to visit and birds to admire.

The road to Assaita turns off the main Addis Ababa – Djibouti road some 100 km before the border, and goes through totally flat, grey desert; an occasional tree, a few gazelles, a wild ostrich or two, but mostly the familiar nothingness of the Afar region. Except that, in one way or another, quite a few Afar people seem to find a living here, too, judging by the hamlets; herds of camels and goats roam around the huts. desert landscape on the way to Assaita 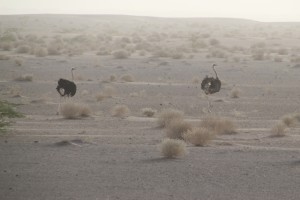 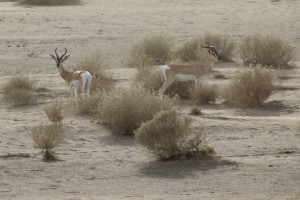 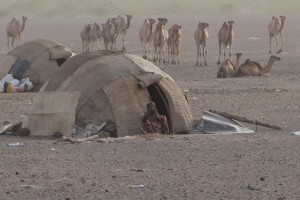 hamlet in the desert 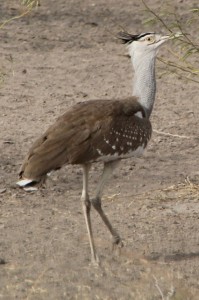 Arabian buster in the desert 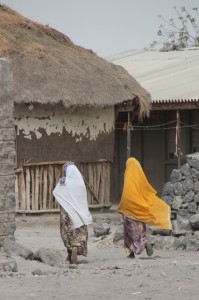 two women on the way home in town 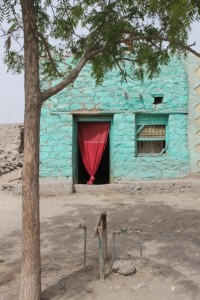 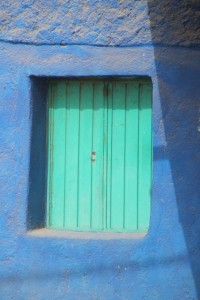 the window of the Millenium Bar, closed

Assaita itself is somewhere described as a cul-de-sac at the end of the world. It is, but because of it, it is actually a wonderful place, unspoilt. On the banks of the Awash River, this is the heart of Afar culture, those Afar that are reputedly such fearsome warriors, but who turn out to be some of the nicest, friendliest and most genuine people we have met so far in Ethiopia. A stroll through town is equally pleasant, unhurried. Everybody is outside, interested in the foreigner, but not with the sole objective to make money, they are actually genuinely curious, eager to talk. The mosque is the architectural highlight. 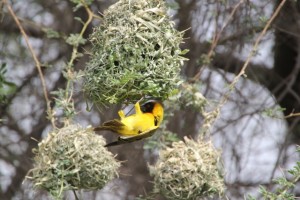 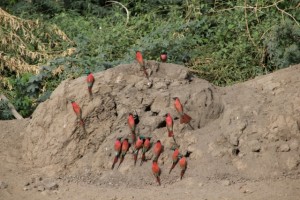 colourful birds on the banks of the Awash river 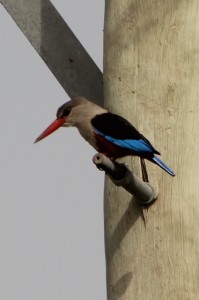 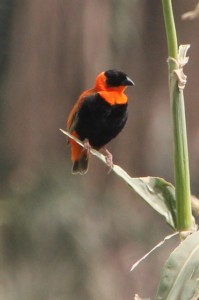 and an orange and black bird, no idea what it is called

The water, both from the Awash River and from irrigation channels, supports a lively bird population. 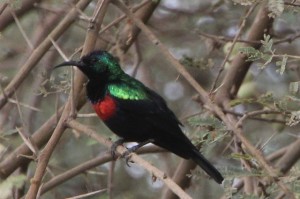 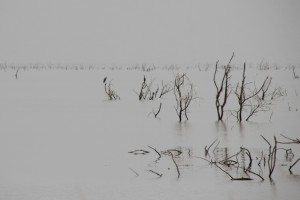 one of the lakes near Assaita

Outside Assaita are several lakes in the desert, in which the Awash River disappears. Reaching them requires a camel expedition, probably over several days. For those not willing to go through the logistical exercise, one of the lakes closest to Assaita can be visited in a few hours. A bridge near Afambro, another Afar town, has collapsed, years ago, and the only way across is by tree trunk bridge. It turns out that the law has recently changed, or so we are told by the police in Afambro. We are no longer allowed to continue without police escort, which, however, they are happy to provide, against a nominal fee. Some features of good old Ethiopia slip back in. 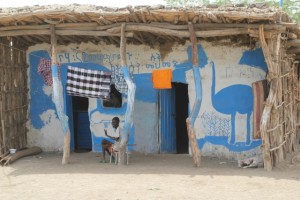 a local hut, decorated with what is important 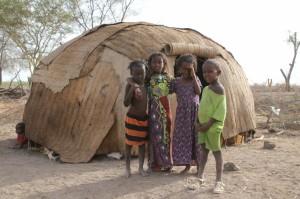 Afar kids in front of their home 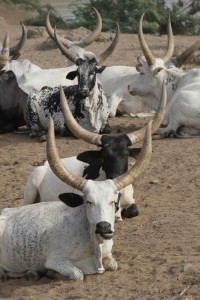 Assaita is also the place where we reach rock bottom as far as accommodation is concerned. The Bersha hotel is pleasant enough, reasonably clean rooms, and we have the suite, two large beds and ceiling fans, and windows onto the central courtyard  – but the common shower and toilets, latrines really, at the end of the courtyard are, well, not quite filthy, but definitely smelly. And the window on the other side, well, that opens into the cow shed. (For those keen on a better hotel, there is Semera, about an hour’s drive back, on the main road.) 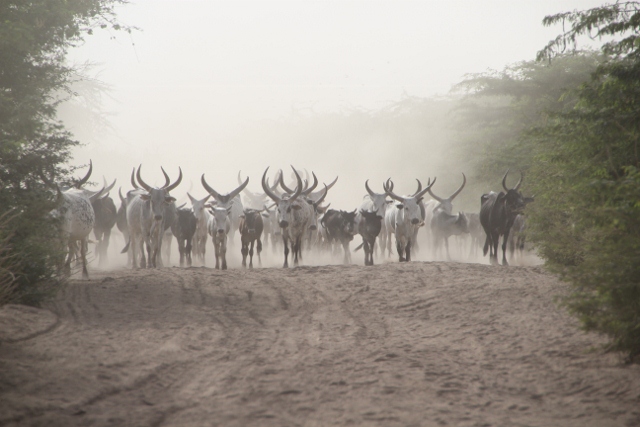 the cows are coming home