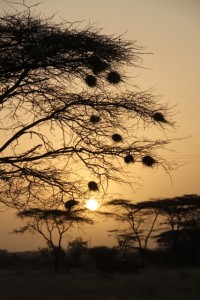 sunrise in the Awash National Park

Fabulous railway hotel near the savannah-type National Park around the Awash river, awash with game and birds. 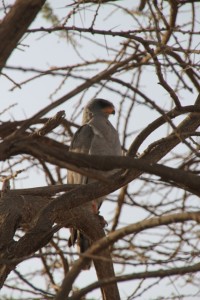 and bird of prey

Heading north from Addis Ababa, towards the Afar region and the desert area of Danakil, or to Dera Dawa and Harar, one could do worse than stopping over in Awash, allowing for a visit to the Awash National Park. This is one of the few places in Ethiopia where we saw some larger mammals, in numbers, in between the acacia shrubs and dry savanna. Gazelles, and especially the beautiful Oryx, as well as Kudu and what I think are Waterbuck are crossing our road, or rather, the park tracks. Plenty of birds, as well, of course. The safari lodge inside the park provides a good view of the gorge of the Awash River, and a waterfall – as well as crocodiles. 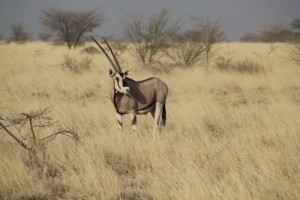 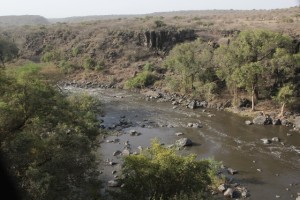 Awash also has the Buffet d’Auouche, the hotel built next to the railway station, and obviously dating from when the Addis Ababa-Djibouti line was opened. Apparently, here is where Haile Salassie slept, and Charles de Gaulle, amongst others – likely in the same fabulous room, with private veranda and rocking chair, that we occupied for the night. This is one of those gems, stuck in a previous era, a bit run-down by now, but still with all its romance from a time long gone. 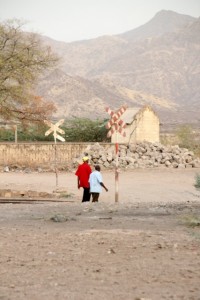 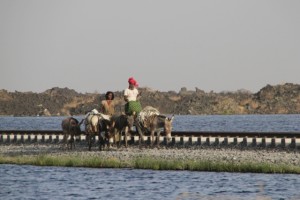 alternative use of the railroad tracks, in the absence of a train 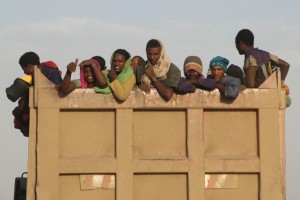 on the way to the Djibouti border: no need to hide yet