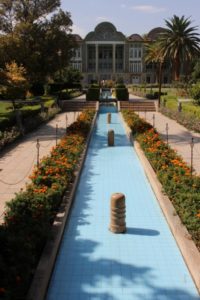 The peaceful Bagh-e Eram, a garden with a Qajar place inside, is a wonderful place for an afternoon in Shiraz. 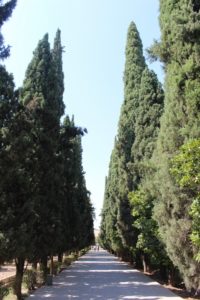 Bagh-e Eram is famous for its cypresses

Gardens are a Persian thing, and Bagh-e Eram – Eram garden – is one of the great examples in Shiraz. The present version was built in the Qajar period, mid 19th Century, but its design is probably older, maybe 18th Century Seljuk Turkish, on account of the distribution of four Persian Paradise garden elements. Some even claim that the garden is over 900 years old, as it has been mentioned in ancient poems, too.

In 1963 Shiraz University was appointed custodian, and they have turned the garden in a Botanical Garden, with a great variety of plants and trees, as well as a nursery and glass house. On the other end of the garden is the Kakh-e Eram, Eram palace, a Qajar house with a pool, a portico and paintings, as well as tiled mosaics. Except for a small section for the souvenir shop, the building is closed. 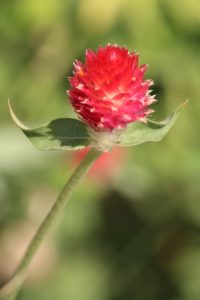 as a botanical garden, it contains rare flowers 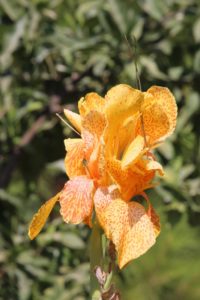 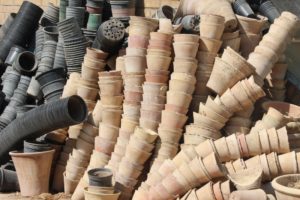 the nursery in the back has its specifics, too

This is a great place to wander around on a lost afternoon, even a Friday afternoon, when the mostly young Iranian public flocks to the garden, too. Opera singers and narcissist selfie-takers intermingle with unmarried couples trying to find a place out of sight from their families. 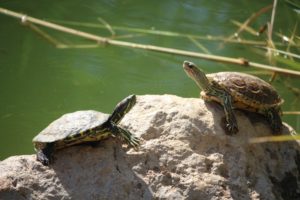 turtles in the pond, or outside the pond, in this case 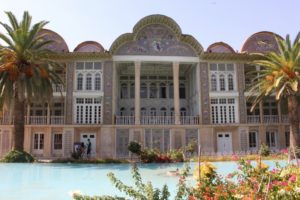 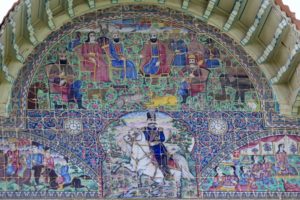 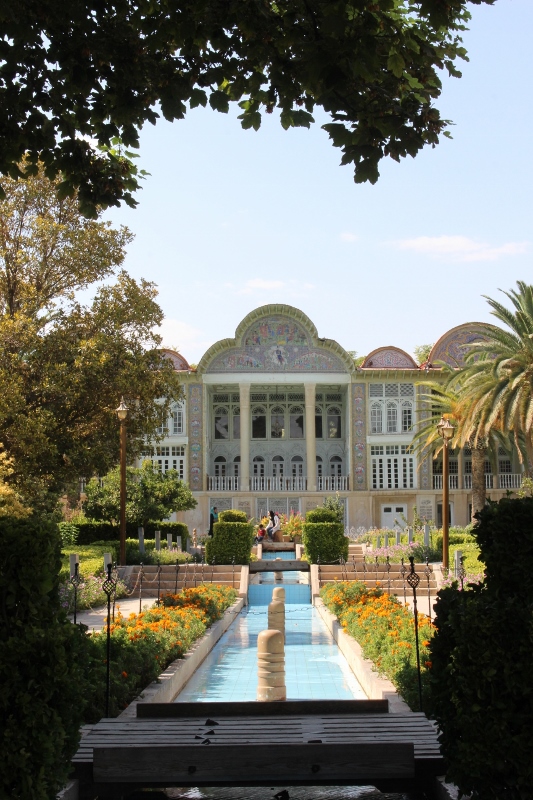 Eram House, and pond leading up to its terrace: vintage Persian