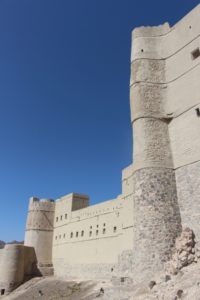 Outside Nizwa are the towns of Tanuf, Bahla, Jabreen and Fiqain, each with their own story, often expressed in the state of their buildings.

Tanuf, half an hour outside Nizwa, looks, on the face of it, a modern town. However, towards the back of the town, almost against the mountain slope, are the derelict quarters of an older version. In the 1950s plenty of Omanis were dissatisfied with the Sultan, the father of the present one, and a group of rebels led by an elected Iman, and covertly supported by Saudi Arabia, tries to overthrow the regime. They hid in the mountains – the jebels, in local language -, which explains the term Jebel War, in which equally covert British troops supported the Sultan. And Tanuf was made an example, when it was deliberately bombed on 27 July 1957. 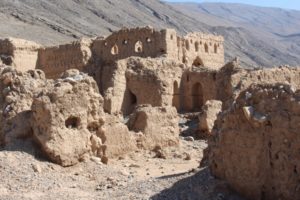 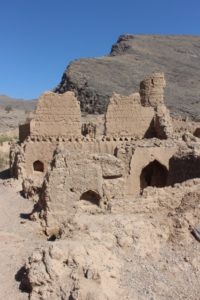 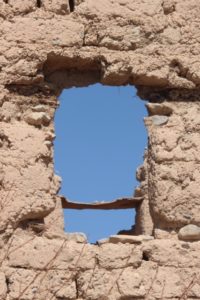 Just past the old town a falaj system, the traditional irrigation systems in Oman, leads from a valley through an intricate network of channels to town, still very much in use. The channels cling to the mountainside, and probably step down several times to ultimately end up in an underground canal. 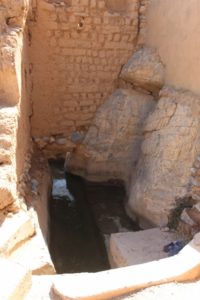 water flowing through the falaj 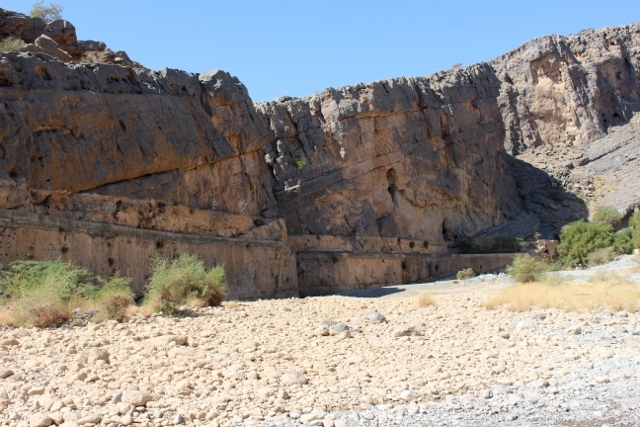 the falaj system in a wadi behind Tanuf 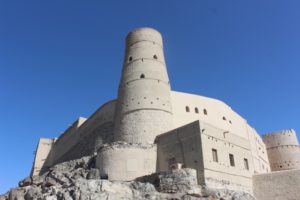 the imposing contours of Bahla Fort

With so many forts in Oman, we have to make choices, we are not going to visit all 1000 of them. The Bahla fort is described as one of the most comprehensive ones in the country, and with Unesco World Heritage status, this is perhaps one of the ones to go and see. It is indeed impressive, very big, surrounded by imposing walls and towers. Apparently,  this has been a human settlement for a very long time, with finds dating back three centuries, but the current structure is almost certainly from the early 17th Century; well, what remained of it in the 1990s, before an extensive restoration program was started that has turned the fort in what it is now. The restoration has been done tastefully, and you could imagine that the fort now looks like what it used to be in the past, except for the sockets and the electricity switches, which allow for a sophisticated atmospheric lightning in the various rooms. 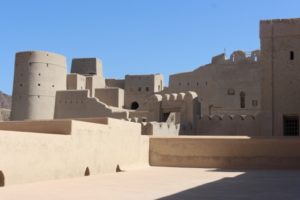 another view of the fort 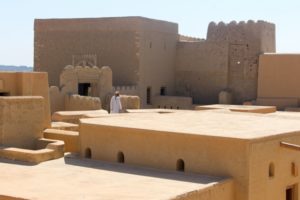 one of the towers at the edge 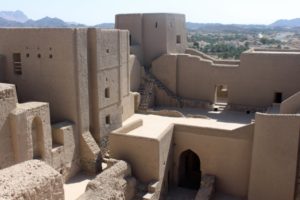 an a tower at the other end 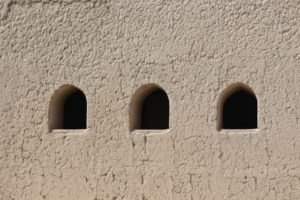 the view from the top, date palms in the Bahla oasis 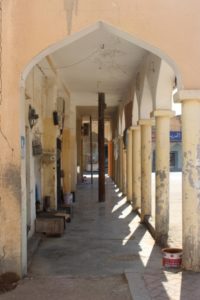 the market area in Bahla town 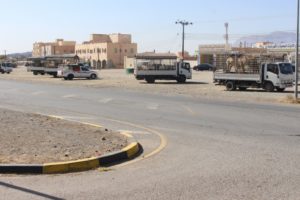 the mobile livestock market outside town

At 2 pm, Bahla’s souq area was deserted, everybody was having their siesta accept us. Yet. the colonnaded side of the square had a certain attraction, with all the small shops shuttered closed. The mobile livestock market, at the edge of town, was equally empty, except for the cows, goats and camels packed in trucks or in the back of a pick-up. An interesting concept, the animals never leave the trucks, which are well-equipped with bales of hay. Presumably, the next day the trucks occupy a place at another livestock market. curious camels inside a truck

one of the rooms from carpet to ceiling

Unlike the Bahla Fort the Jabreen castle in the middle of a plain is much more of a palace-like structure, not designed to be defended. Which was unfortunate, because its builder, a 17th Century Imam, died inside after a siege of the palace by his brother. The castle, restored in the 1980s, is a wonderful building, different from the usual Omani fort in that this has been built as a residence, the 50-plus rooms over three floors somehow all connected via internal stairways; many of its rooms are beautifully decorated, too, with painted beams on the ceiling and carpets and pillows on the floor, but without the usual overdose of artefacts (hear who is talking!). 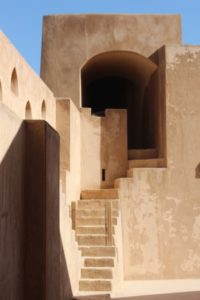 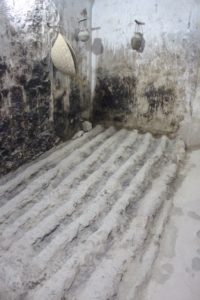 the date store inside Jabreen Castle 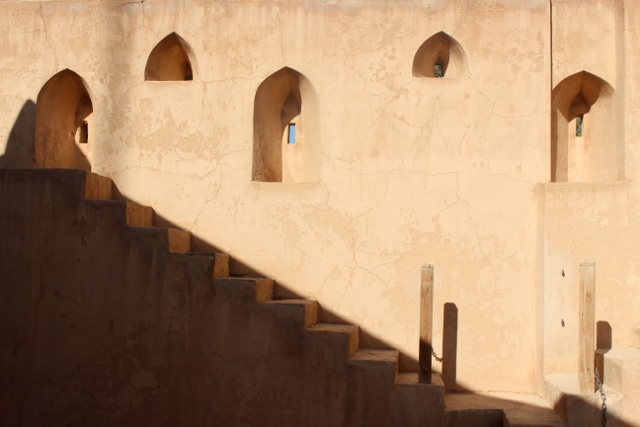 stairs in the castle, in the late afternoon sun 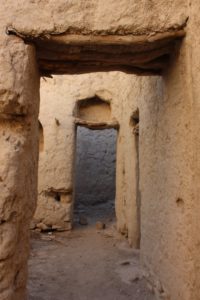 several passages inside a house in Fiqain 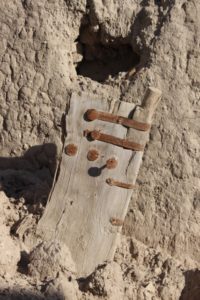 a door left in Fiqain

Fiqain (or Fiyqin, or Fiqeen) is the site of yet another restored fort, thankfully closed by the time we arrive. The mudbrick village surrounding the fort has been abandoned, and the houses are crumbling; a great place to wander around at the end of the afternoon, through narrow corridors and onto almost collapsing roofs. I suppose the people here weren’t bombed out, but just moved to better housing, with increasing wealth – something we will see again later on.

next, to the mountains of Jebel Shams and Jebel al-Akhdar 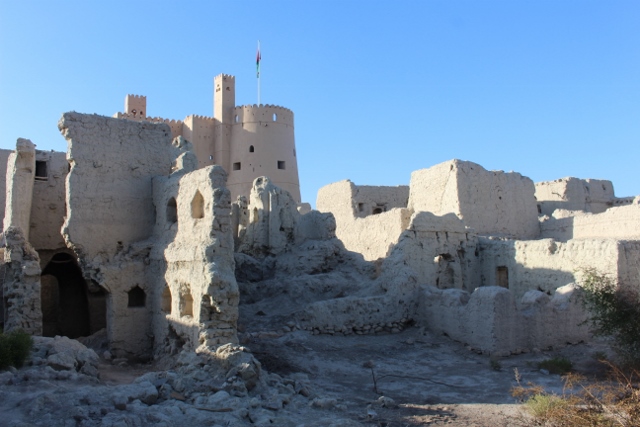 the restored Fiqain Fort contrasts with the abandoned village