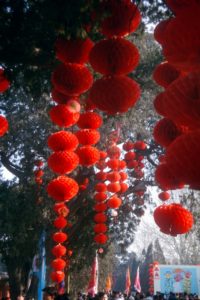 Beijing celebrating its Spring Festival, and two unique moments in the history of China

China does not celebrate many Public Holidays, but the country, and Beijing, closes down for the Spring Festival, the Chinese New Year. This is the time for new cloths, and for family visits, no matter where they have to travel to. Quite a challenge for the local transport systems, especially airlines and trains. The railways announced that on one day alone, the Monday after the holiday, they transported 4.28 million people, and I believe them. (Have I commented earlier on the fact that everything in China happens an order of magnitude different from what we are used to?) The other Spring Festival element is eating and drinking, either at home with the family, or in one of the many parks that have been decorated for the occasion, with red lampions, and fitted out with numerous stalls selling dumplings. 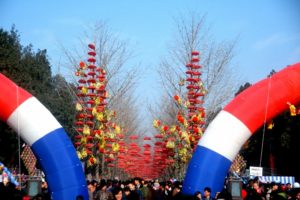 Two of the highlights of our three years living in Beijing, in terms of celebrations, were the handover of Hongkong, in 1997, and the celebration of the 50th anniversary of the establishment of the People’s Republic of China after the victory of the Communist Party, in 1999. 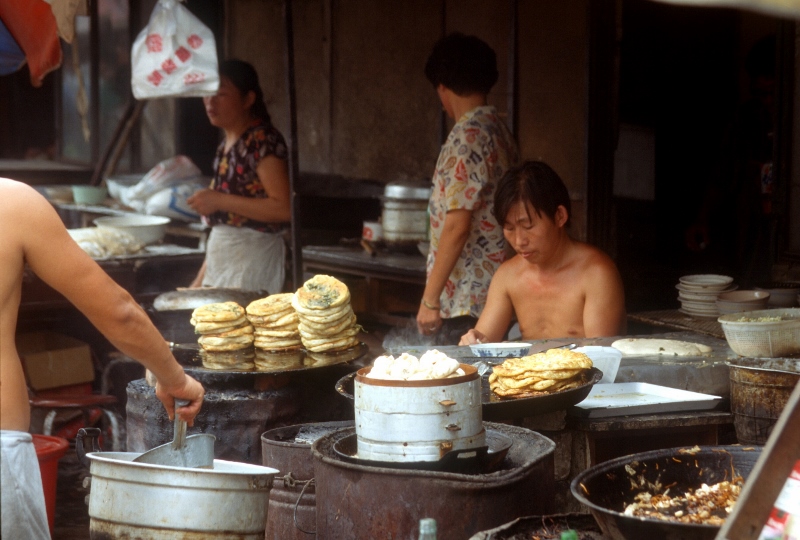 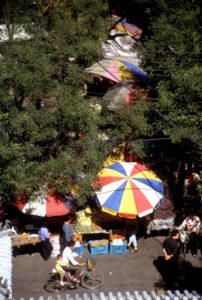 market stalls in a park

The Handover was Britain returning Hongkong to China after a 99 years lease on the 1st of July in 1997 (which in fact wasn’t correct, China lost Hongkong ‘indefinitely’ to the Brits in 1842 after the first Opium War, and it was only the New Territories that Britain claimed around Hongkong in 1898 that had a 99 year lease attached to it). What struck me most in the run-up to the handover was the explosion of Chinese nationalism that was on display in the months and weeks before the actual ceremony. The old Mao suits were in those days anyhow still relatively popular under the older Chinese, but it seemed that in the run up to the handover more and more people were wearing them. Everywhere in the hutong neighbourhoods quite a few of the men started wearing red armbands, too, that must have originated from the Cultural Revolution, or thereabouts. And this didn’t look like politically stimulated, no Communist Party had encouraged people to do so; somehow, Chinese have a long memory – far beyond ‘living memory’, certainly in this case -, and are genuinely moved by the return of territory to the Motherland.

The official celebrations, in Tiananmen Square, were a bit of an anti-climax. The square had been cordoned off days before, cleared out of bicycles, and thoroughly cleaned. We watched from the balcony of an upmarket hotel, where American acquaintances of us had rented a room to throw a party. As my wife put it, any self-respecting group of Greek basketball supporters make more noise after their team has won any random match, then the Chinese do when they finally get Hong Kong back. The only thing left was to admire the fireworks, at ten in the evening for about six minutes, and at twelve again. In both cases the fireworks themselves were, within two minutes, completely invisible because of the smoke that had developed on and above the Square, only the noise of the explosions testified to the continuation of the show. 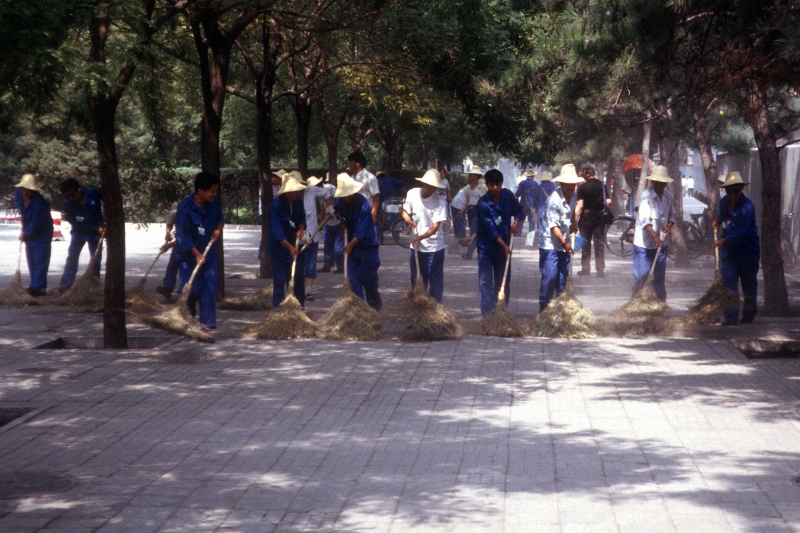 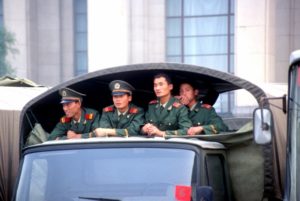 Was the handover a big moment, the celebration of 50 years PRC in October 1999 was even bigger. One of the main elements of the celebration was going to be a military parade, for which the organising committee, or the army, had been rehearsing for months. Right in front of our apartment building, which was on the way to Tiananmen Square. Quite a few times in the preceding months the road would, without notice, be blocked at the end of the afternoon, for hundreds if not thousands of army material – trucks, tanks, rocket launchers, anything on wheels – to pass. Where they came from, so suddenly, I don’t know, and where they disappeared to I don’t know either, but it certainly was an impressive display, every time again. It was just that crossing the road, which was necessary to get home from my office on the other side, became quite a challenge. 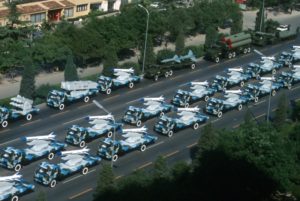 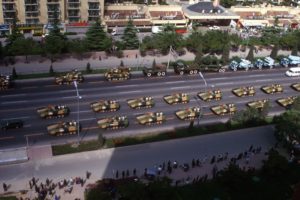 more military equipment in the parade 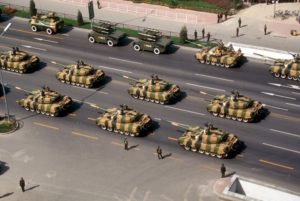 tanks in the streets of Beijing… for the military parade

The actual parade on the day itself, the 1st of October, was an even bigger spectacle, now in broad daylight instead of the dark hours of the evening when the rehearsals took place. The enormous string of vehicles on the road was accompanied by fighter jets and helicopters in the air. Thousands of people were lining the road, cheering their military brethren, waving red flags, and once again wearing their red armbands. Never mind they couldn’t get to Tiananmen Square itself, which was once again hermitically sealed, invitees only. Nobody complained, not a word. Not a dissident in sight. 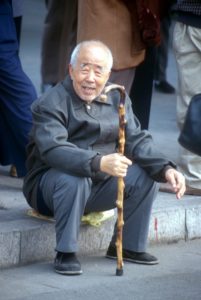 spectator during the military parade