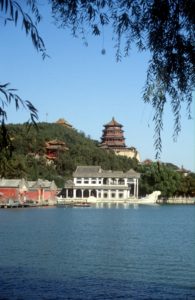 the Summer Palace outside Beijing

The Summer Palace outside Beijing is not just a building, but a great park and lake complex ideal for an afternoon, or a whole day, out.

Just outside Beijing is what is known as the Summer Palace – Yiheyuan, in Chinese -, in fact a large complex of park and lake, with on one side of the lake the imperial retreat, a collection of wooden buildings built at the end of the 19th Century. Although the location has seen earlier palaces, the current building is mostly the initiative of the Empress Dowager Cixi, who brought the empire to the brink of collapse.

Much of the palace is built against a hill, with pavilions and corridors coming down to the lake side, where a huge marble boat – one of the follies of the Empress, constructed with money meant to support the navy – will never move an inch away from the jetty.

It is a fabulous complex at every season of the year; in winter the lake freezes solidly, providing space for ice skating and for sledges. Many of the Beijing residents will make the outing, on a Sunday afternoon.

other Beijing entries: the imperial palace in the Forbidden City, the Temple of Heaven, other Buddhist Temples, and the Great Wall 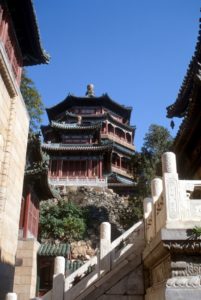 one of the buildings against the hill 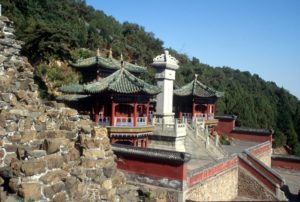 the highest building of the palace 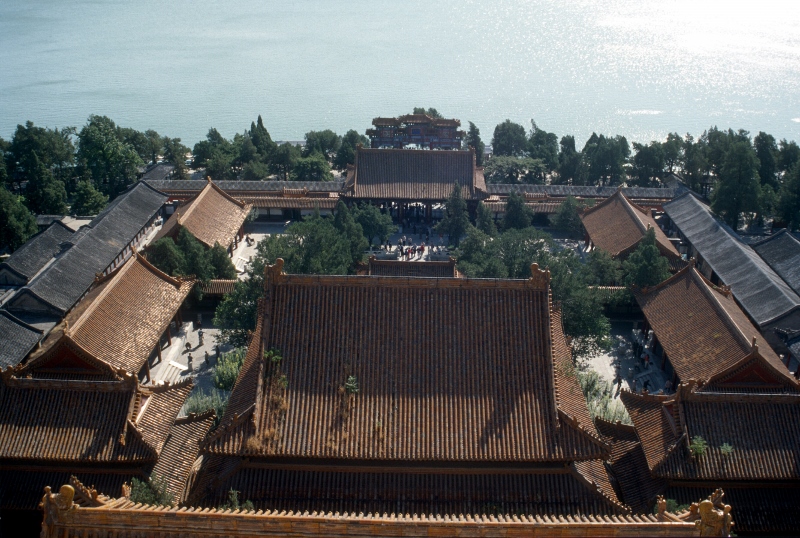 the palace from above 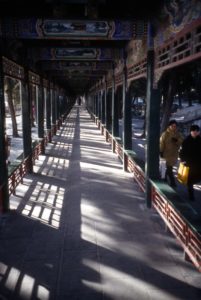 one of the corridors to the lakeside 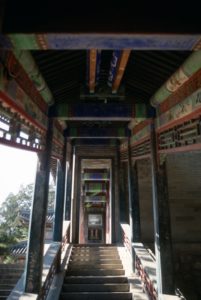 the stairs from one building to the next 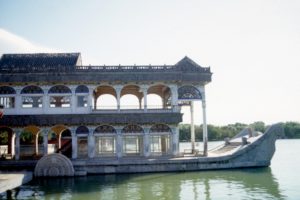 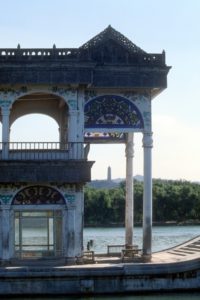 and in close-up, stained glass 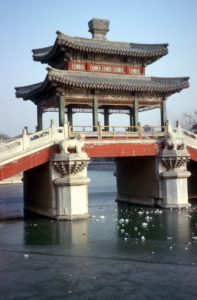 a little bridge, across the ice, in this case 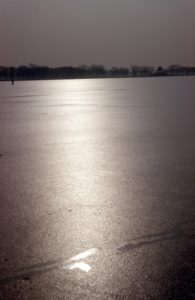 and the lake in front, solidly frozen in winter 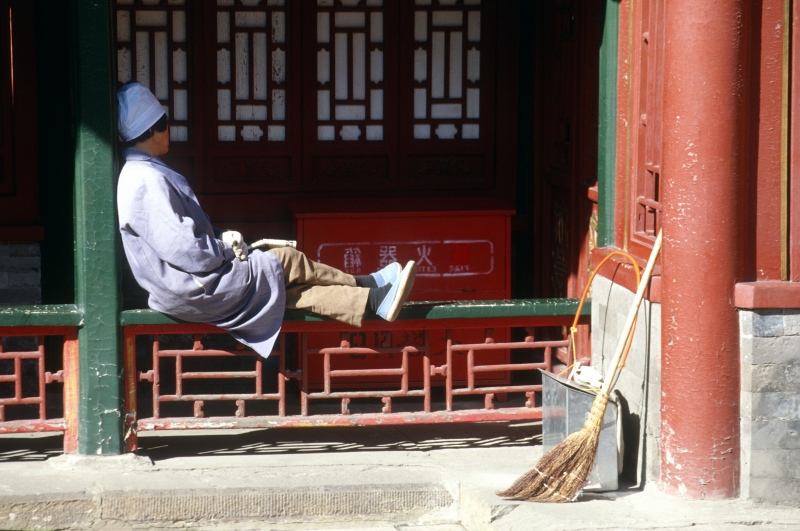