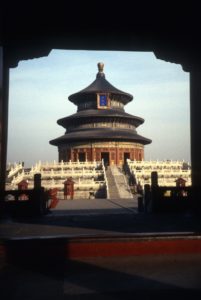 the Temple of Heaven in Beijing, in all its glory

The best-known, and most impressive, temple in Beijing, the Temple of Heaven, is also a meeting place for many local people.

The Temple of Heaven is not just a temple, it is perhaps the largest community centre in China. Best time to visit, early morning, is also the time that the grounds of the temple complex are filled with Chinese exercising their daily Tai Chi. Inside the complex, many of the local people are sitting in the corridors leading to the several buildings, talking, drinking tea, showing off their birds in little cages, or just reading the paper. Great atmosphere! Or so it was in the late 1990s. 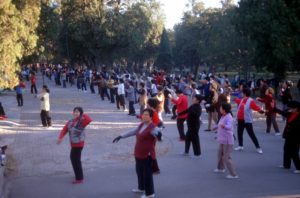 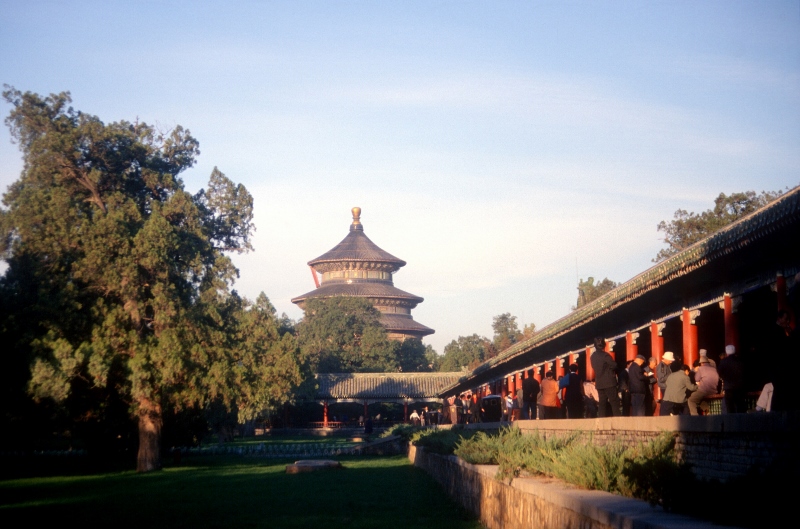 the main temple, and the surrounding buildings 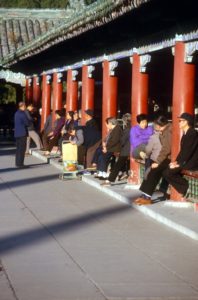 which serve as meeting place 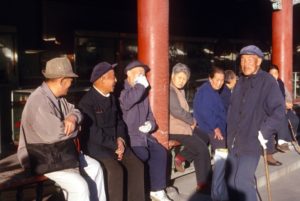 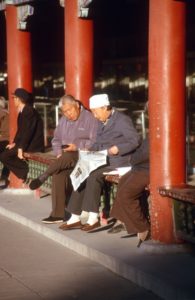 or just for reading the newspaper 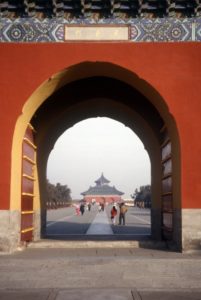 one of the entrances to the complex 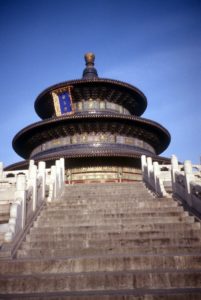 the main temple, from the base of the marble platforf 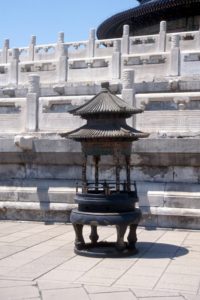 an incense burner, as there are so many here

It didn’t use to be that way. Like the Forbidden City, the temple was built at the beginning of the 15th century, for the exclusive use of the elite, foremost the emperor himself, who conducted several ceremonies here. Shielded from the public.

There are several buildings, but the main eye catcher is the monumental Hall of Prayer for Good Harvests, an entirely wooden circular structure on a marble terrace. And not only for its outside architecture, but also the inside decoration of walls and ceiling. Highlight of a Beijing visit!

other Beijing entries: the imperial palace in the Forbidden City, the Summer Palace, other Buddhist Temples, and the Great Wall