Church of the Saint Nicholas, Nikortsminda 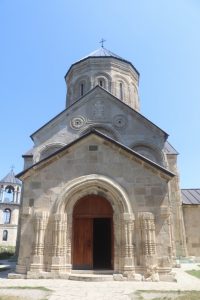 the front of the Church of the Saint Nicholas in Nikortsminda

On the way to Svaneti, and well north of the Motsameta and Gelati monasteries, near Kutaisi in Georgia and popular with visitors, is the less well known Church of the Saint Nicholas in the village of Nikortsminda. This church was built earlier, by King Bagrat III between 1010-1014. Both its outside decorations and inside frescoes – from the 17th C – rival those of the Gelati Monastery churches of the Blessed Virgin and of Saint George, and besides, it is generally a lot less busy than the other complexes. So allow me to present lots of pictures – far too many, I know – of this church. 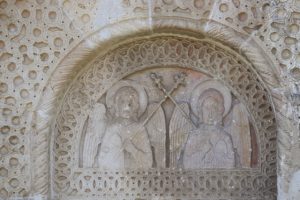 another frieze, above one of the doors frieze in the outside wall extensively decorated door inside the church 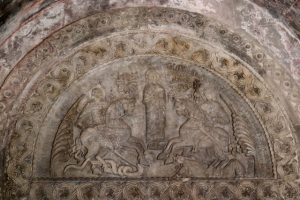 with another frieze, above the door 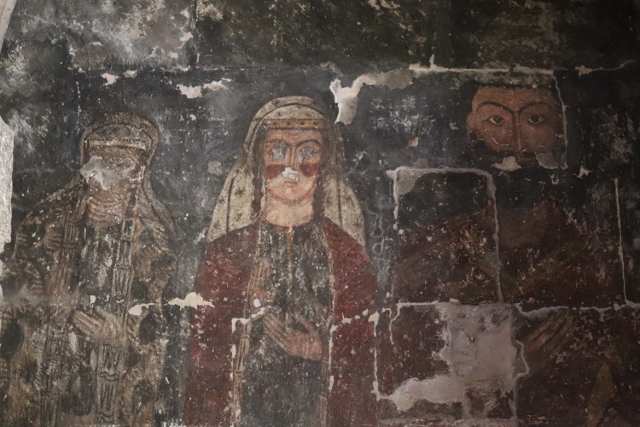 striking fresco inside the church 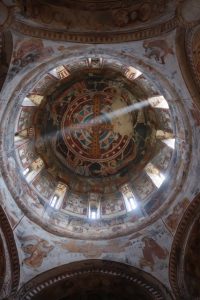 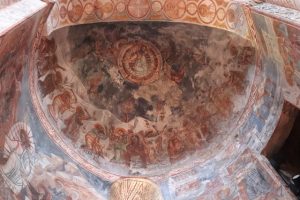 another decoration, of a ceiling 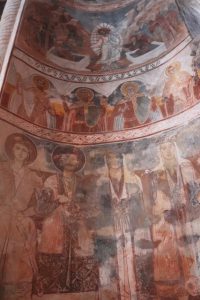 frescoes in the apse 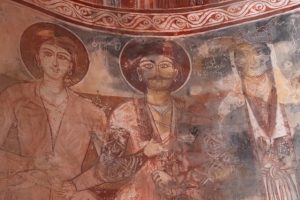 and detail of some of the faces 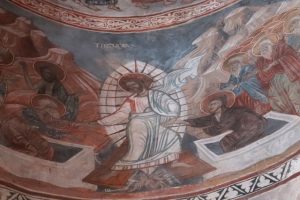 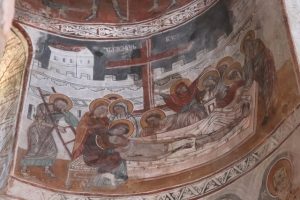 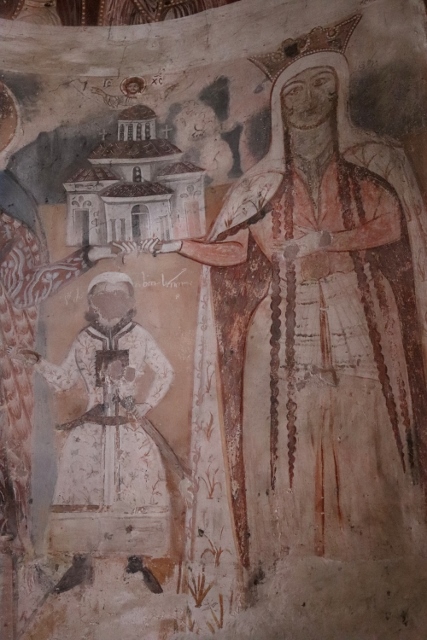 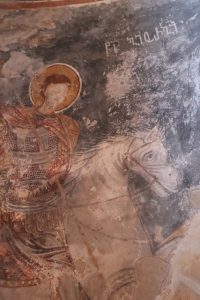 note the depiction of the horse here 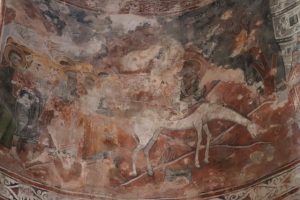 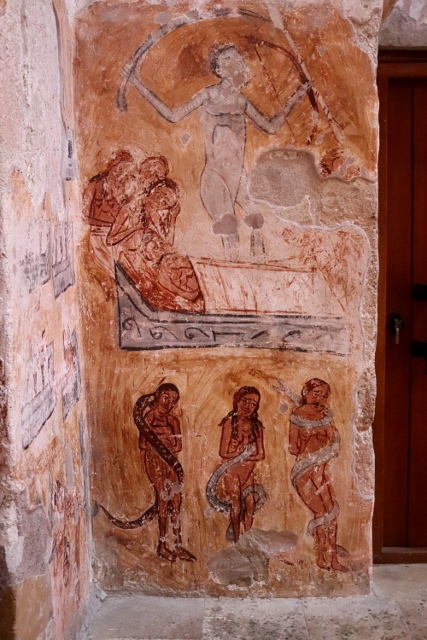 details of the Last Judgment 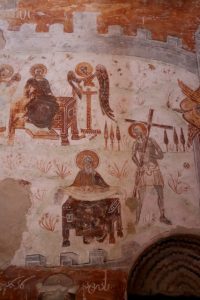 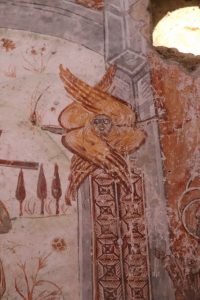 an unusual symbol in the church 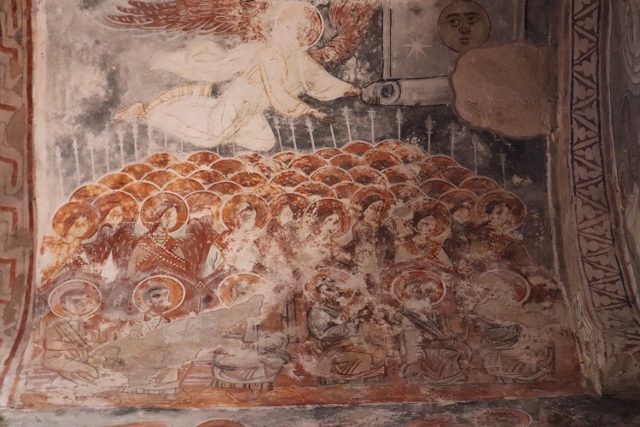 and another ceiling decoration