Mark Rothko Exhibition in The Hague July 2006 – 01. the introduction

Gemeentemuseum in The Hague 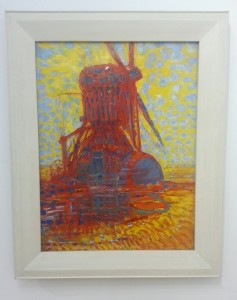 One of the nicest, yet perhaps most underrated, museums in The Netherlands is the Gemeentemuseum (Municipal Museum) in The Hague, and not only for the beautiful building itself, designed by famous Dutch architect H.P.Berlage in 1934. The art collection of the Gemeentemuseum definitely warrants a visit if you like modern art, say from late 19th/early last century onwards. It gives an excellent overview of some of the better Dutch artists of this period, complemented with works of renowned international artists of the same period. 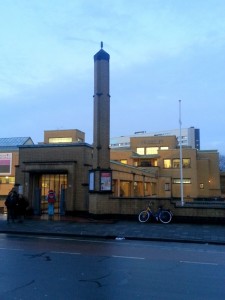 the entry of the Gemeentemuseum 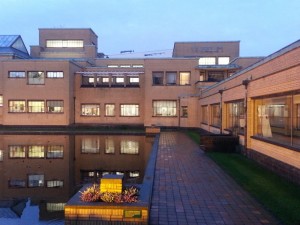 the main building of the Gemeentemuseum, lit by a combination of low sunlight outside and artificial light inside an early Mondriaan, depicting the inside of a barn (ca. 1904) 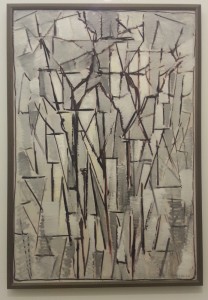 this is an early abstract Mondriaan, Composition Trees II (1912-13)

The museum has a few main focus areas, and one of my personal favourites is De Stijl, a movement that originated in The Netherlands during the First World War through the efforts of Theo van Doesburg. De Stijl, influenced by the ideas of architect Berlage, but also by cubism and futurism, developed in an increasingly abstract direction. The best-known representative of De Stijl is no doubt Piet Mondriaan, from whom the museum owns the largest collection of works in the world. And I have said elsewhere, the nice thing of a large collection is that it gives you an overview through time: Mondriaan didn’t start with his coloured fields and lines, and some of his early works are, at least in my view, equally interesting. I have reproduced a few here, from, admittedly, poor-quality photos I took in the museum – his later work, I assume, is sufficiently well-known. 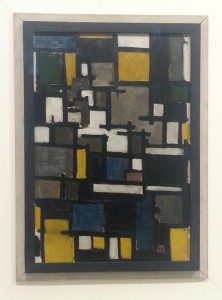 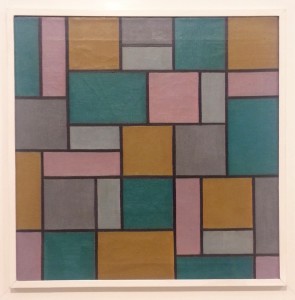 and another Van Doesburg, Composition XVII from 1919 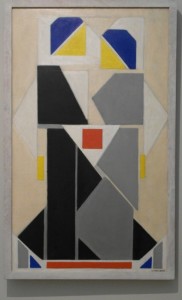 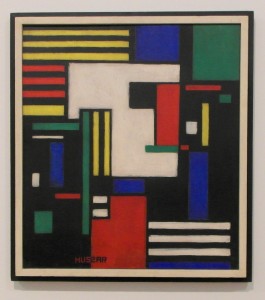 Composition with White Head, also a Huszar painting from 1917 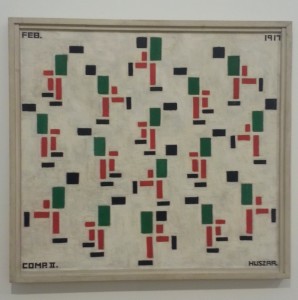 and the third one from 1917, Huszar’s Composition II (Skaters)

Theo van Doesburg’s work is also exposed, but the revelation of De Stijl, for me, is Vilmos Huszar, a Hungarian-born artist who settled in The Netherlands in 1907 or thereabouts. Fabulous works, or so I think. 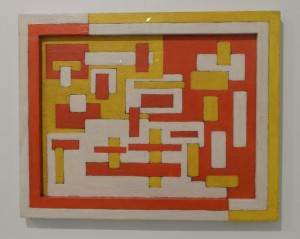 another of Huszar’s paintings, Composition (Hammer and Saw), from ca.1917

It is not only paintings in the Gemeentemuseum. Outside is a sculpture garden, and also inside certain rooms are dedicated to sculpture and installations. This example is, if I am not mistaken, from Dutch Cobra-artist Constant, who also gets a lot of floor- and wall space. 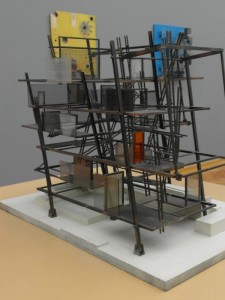 a sculpture, or an installation, what do you call this, from (I think) Constant 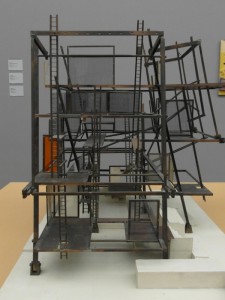 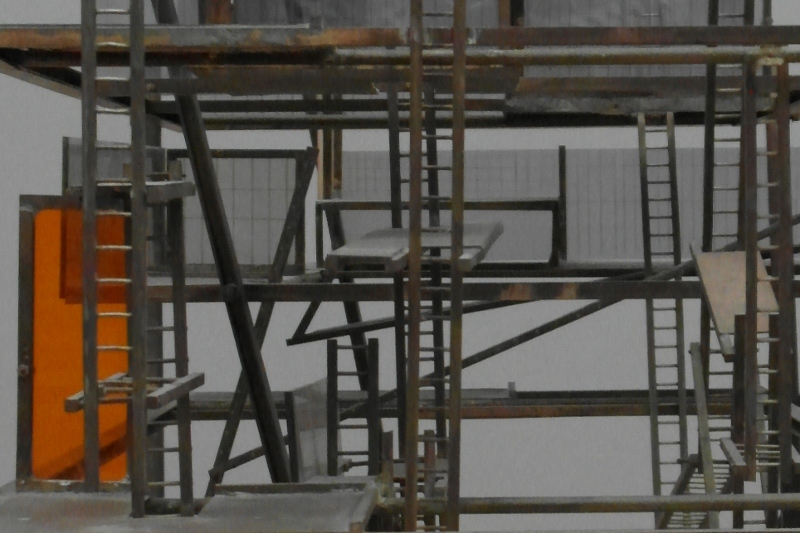 Last time I was in the Gemeentemuseum, the large Rothko exhibition was on, until 1 March 2015.