41. the beach at the end touring the Nujiang Valley

The Gurlitt Collection in Bern and Bonn 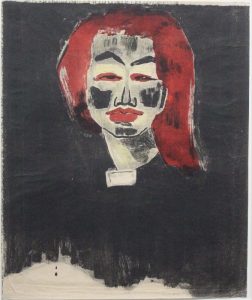 The collection of Cornelius Gurlitt, son of controversial art dealer Hildebrand Gurlitt, has been exhibited for the first time, part in Bern and part in Bonn. What makes the collection unique – quite apart from its controversial origin, put together from German museums that were told to remove what the Nazis considered ‘degenerate art’(Entartete Kunst) and from private collectors that may well have been forced to sell their art works in oreder to survive under the Nazi regime –  what makes this unique is that all of these works have been hidden from view for a very long time, and are now for the first time in living memory exhibited again. The works were discovered only in 2012, when Cornelius Gurlitt was investigated for tax fraud, and were then confiscated to make sure that any stolen works could be returned to their rightful owners, or descendants. the museum in Bonn

The two exhibitions are quite different. In Bern the focus is on the Entartete Kunst, a fabulous assortment of Die Brucke and Die Blaue Reiter artists, and others that displeased the regime; our favourites August Macke and Emil Nolde, but also Otto Dix, Oskar Schlemmer and many more. The Bonn exhibition looks more at the background of the collection, and the ways Hildebrand Gurlitt put it together. The presentation of art works here is broader, also contains ‘unquestioned’ art, and quite a few older works by, for instance, Tiepolo, Cranach the Elder, Albrecht Drurer, as well as 20th Century pieces, including some fabulous Edvard Munch and Max Lieberman works.

Most of it is, by its nature as art gallery collection, accessible, with which I mean that you could, conceivably, buy these works – if you have enough money – and hang them at home; there are no, or not many, large oil paintings, most of it is gouache, water colour, lithography and drawings on paper. Which makes this such an interesting collection.

This glimpse is just to whet your appetite: the two exhibitions close in March 2018. But they will be traveling, and pop up in other places, too. Go and see them, if you can. And buy the catalogue, which not only shows even more works than those exhibited, but also tells the story of Hildebrand Gurlitt, the collection, and its treatment since its discovery. 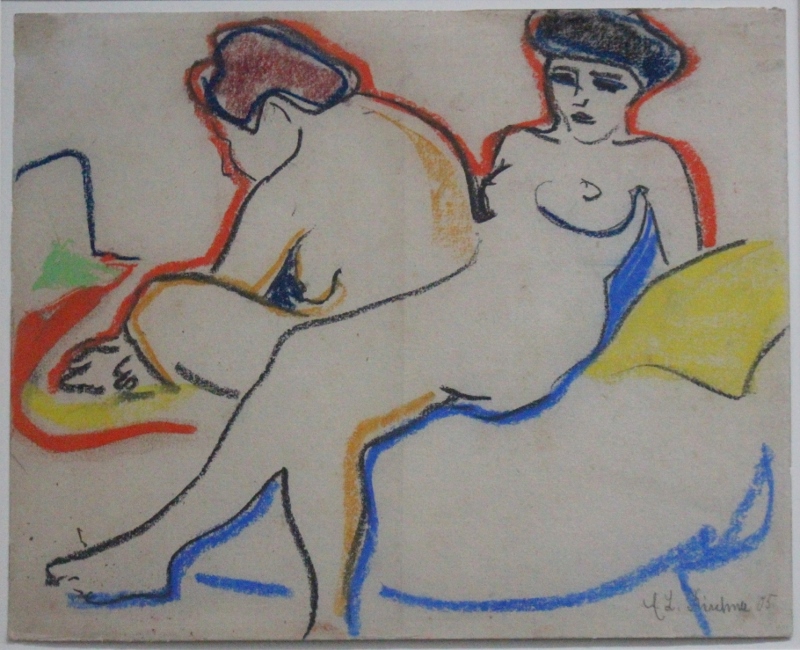 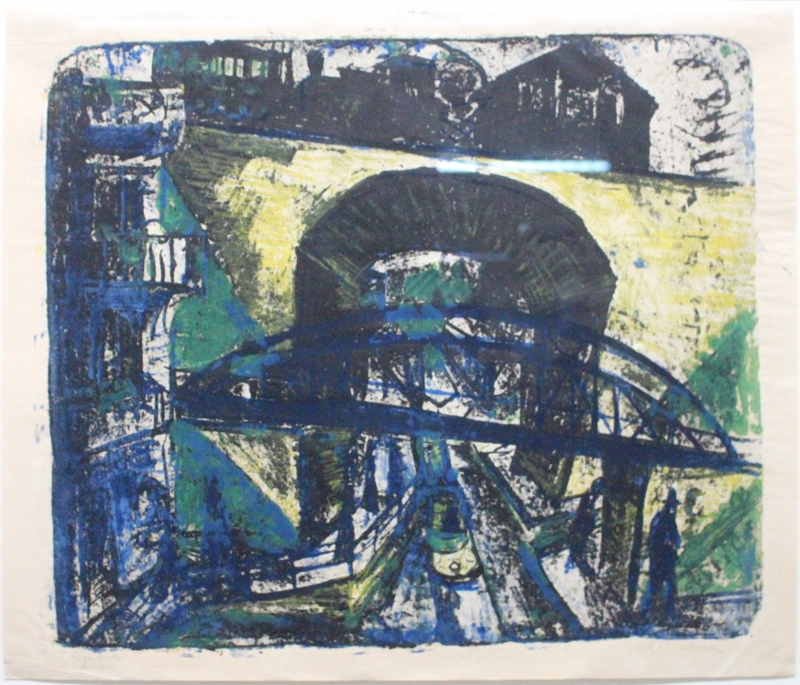 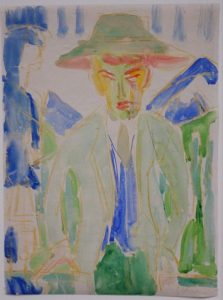 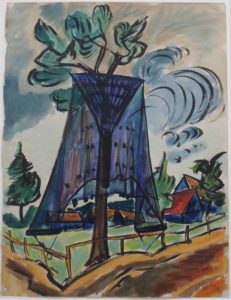 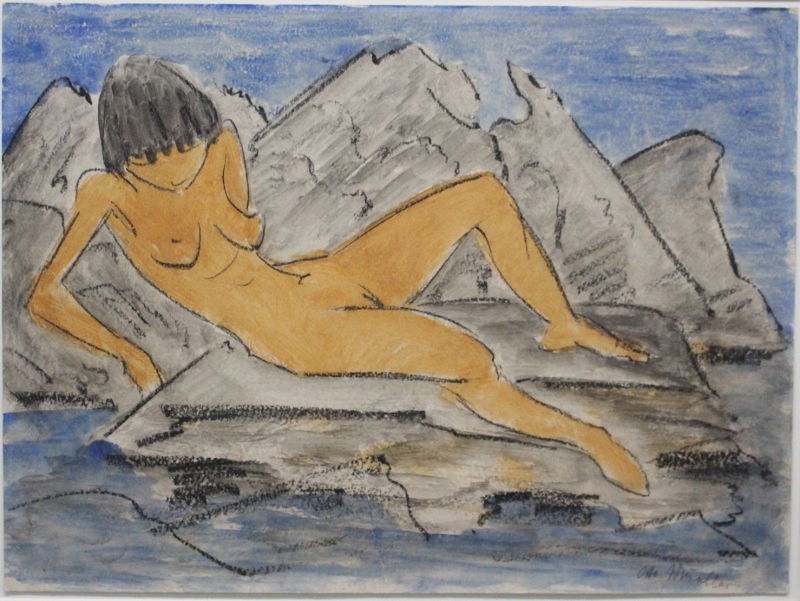 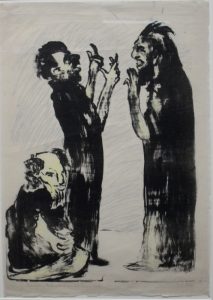 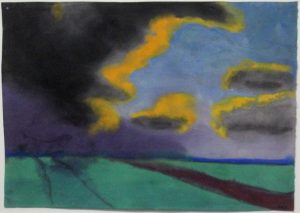 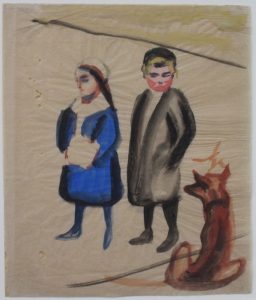 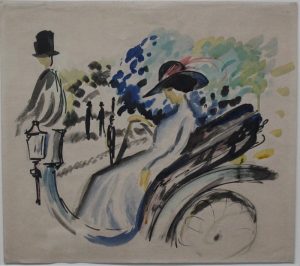 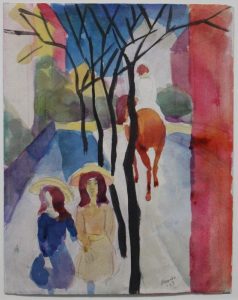 August Macke: Two Girls and a Rider (1913) – watercolour and graphite on paper 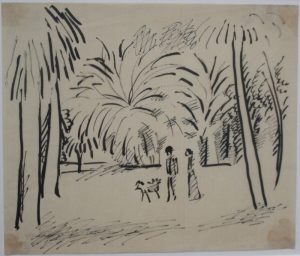 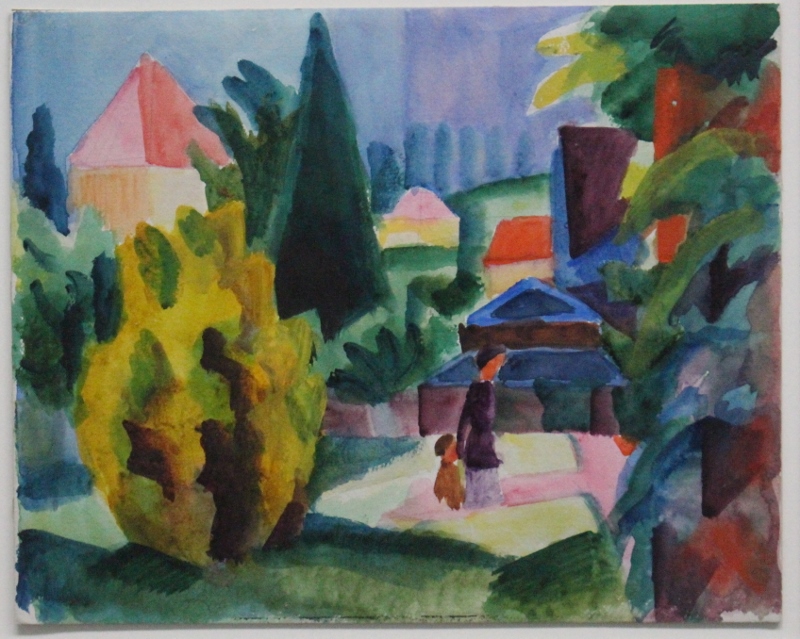 August Macke: In the Castle Garden of Oberhofen (1914) – watercolour and graphite on paper 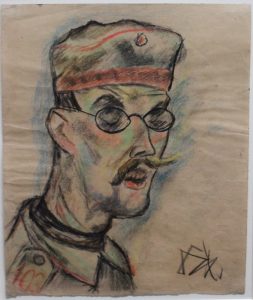 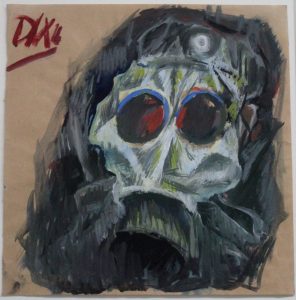 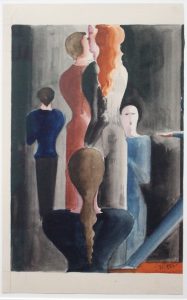 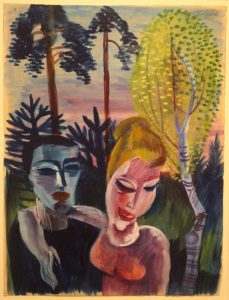 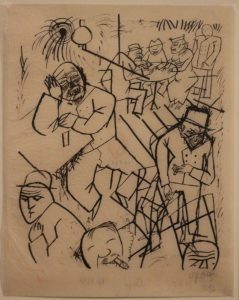 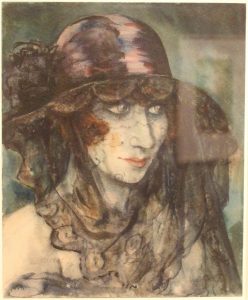 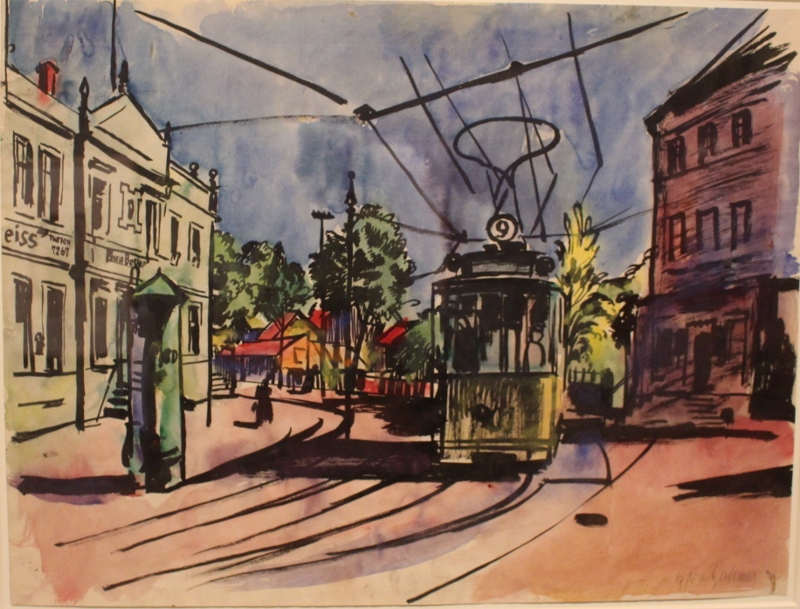 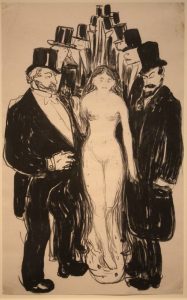 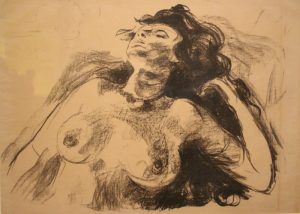 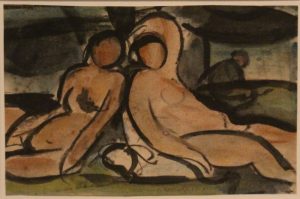 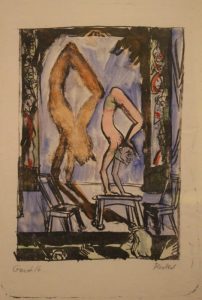 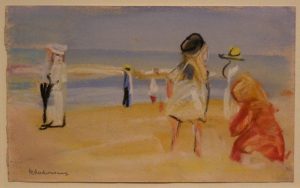 Max Liebermann: Figures at the Seaside (unknown) – pastel on paper 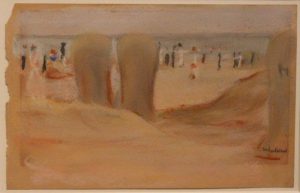 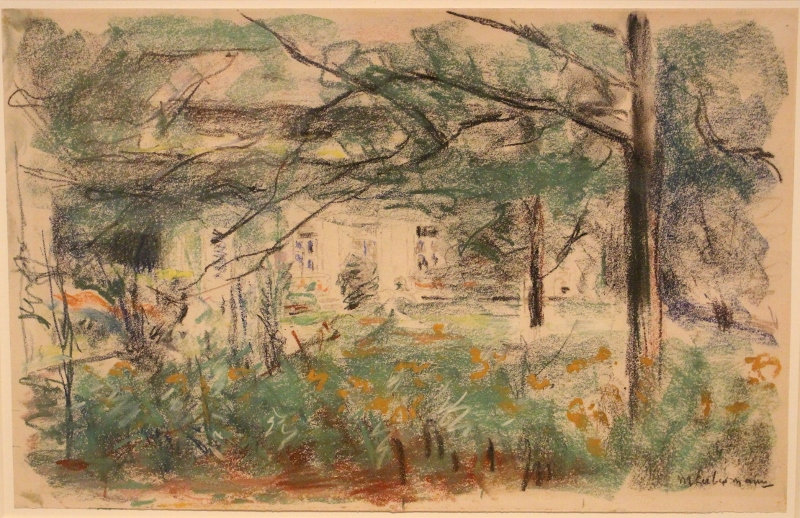