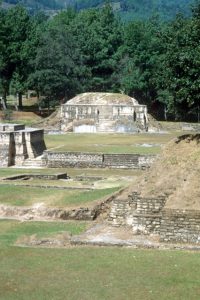 Iximche was the capital city of one of the Mayan tribes, the Cakchiquel, who initially allied with the Spanish when they arrived, to gain an advantage against rival Mayans. The Cakchiquel were nevertheless beaten anyhow, after they cancelled their alliance because the Spanish demanded ever more gold. In the end the only advantage left is that the place has suffered less at the hand of the Spanish than similar Mayan complexes.

During one of my business trips to Guatemala a local colleague took me to this complex, which is about one-and-a-half hours’ drive from Guatemala city. Iximche is a very quiet and peaceful place, with a number of well-defined plazas and pyramids, and a few ball courts. Much of the complex is grass-covered, and the setting is beautiful, protected between steep slopes on three sides. At the back, it becomes clear that Mayan worship is still active, colourful flags are fluttering above an altar with offerings. 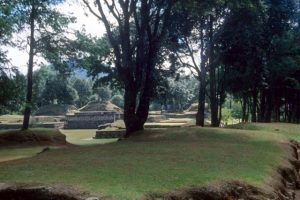 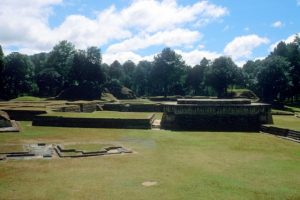 the extensive grass-covered platforms and plazas 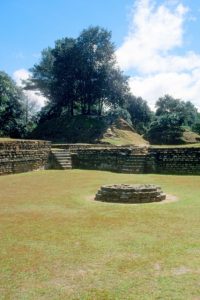 a plaza, and a pyramid 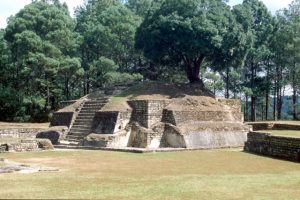 other pyramids have been restored to a certain extend 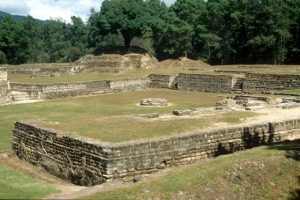 another view of the platforms 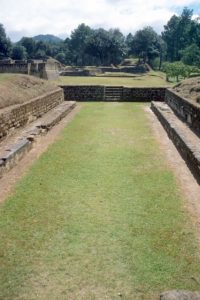 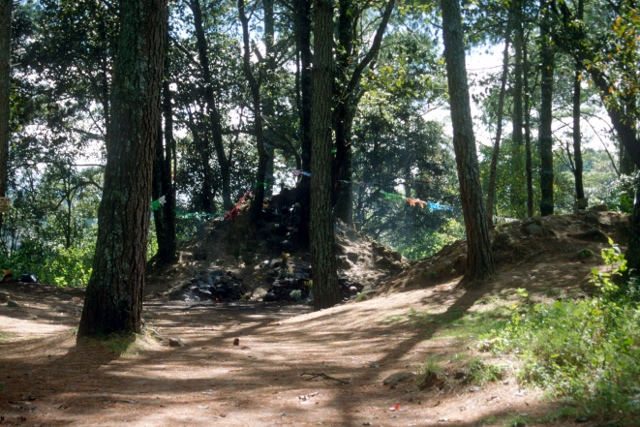 and the Mayan shrine at the far end of the site