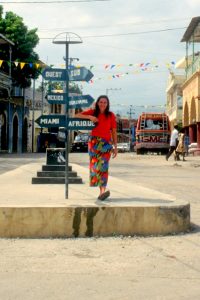 Argentinian presence assured during the Worldcup 2002 in Haiti

During the Worldcup football (or soccer, in some parts of the world) Haitians forget all their daily controversies, and unite behind one of the two favourites for the title.

Although I have been in football-crazy countries before, Haiti is a whole different experience. Not having a national football team to speak of, come the Worldcup the country divides in supporting either Brazil or Argentina, the rest does not really count. Interesting, for a country that is normally divided between north and south, between very rich and very poor, between mulatto and black, and invariably between government supporters and opposition.

Long before the start of the tournament discussions heat up over lunch, or over anything, and always come back to one issue: which of the two is the better team. Gradually flags are appearing, either green and yellow or blue and white, on cars, across streets. People start wearing football shirts in the same colours, head scarves, anything to make their favourite side known. The day before the first match of Brazil one sector on one of the main traffic arteries, Delmas, had been decorated for at least 500 meters with strings of Brazilian flags crossing from one side to the other, and larger banners along the street. Unfortunately, quality was rather poor, and a week later the string of flags had faded to white. 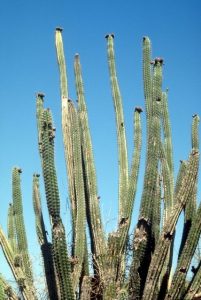 a thorny issue, this Worldcup business 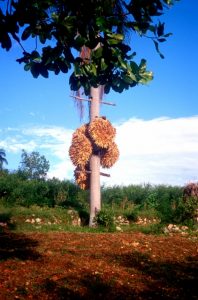 From the moment the tournament starts the country goes completely bananas, all political contrasts are forgotten, and all hardships born without complaint. Actually, hardships are somewhat relieved, as miraculously there is suddenly enough electricity everywhere to keep radios and televisions going for as long as the matches take. No less than five Haitian television channels have all matches live; and the municipality has installed giant screens at the main squares in Port-au-Prince. Enormous crowds gather around these, no matter which time of the day or night. Because the matches are being played in Asia, in Japan and South Korea, local kick-off time in Haiti is at 00:30, 3:30 and 6:30 in the morning.

In order to allow people to still turn up for work in time I had changed working hours in the office from a 7:30 am start to 9:00 am start, and we were not the only ones, I believe. Anyhow, work or not, most of the morning is actually spent discussing the results of last night, and if opportune, with teasing the other team on their disappointing performance (never mind whether this was actually disappointing or not). Most of the afternoon is then spent on speculating on the next night’s matches, and, if opportune, with teasing the other side on their anticipated disappointing performance. In fact, at one time the teasing got so bad that one of our Argentina-supporting accountants left his usual lunch table, which favoured Brazil, to eat with some of our female communications staff (who are slightly less fanatic, but not much!), hoping to get a break.

As Argentina did not get far this time, the Brazilian supporters had a field day. Each round the cheering for a goal became louder, and as cheering goes together with firing many rounds of ammunition to express your happiness, we did not get a lot of sleep on the nights that Brazil played. And the fun of watching the match was also somewhat eroded, because we quickly realised that all suspense had gone, too: our satellite television broadcasts with 5-10 seconds delay, so well before a goal is scored we had been informed about this feat by the noise outside. And we live in a quiet neighbourhood! Worst was after the final: I have heard quite some shooting in Turkey, Albania, and also in Haiti, but never as bad as after the Brazilian win, with multiple automatic gun firing for an uncomfortably long time. Some time ago the government announced an arms amnesty and repayment scheme, but last Sunday it became obvious that this scheme has not been very successful so far.

Anyhow, so much for football in Haiti. Let’s hope that the weapons will be put away for another four years, and let’s hope that the societal division remains between Argentinean and Brazilian supporters, and not all those other day-to-day schisms.