Karel Appel Exhibition in The Hague 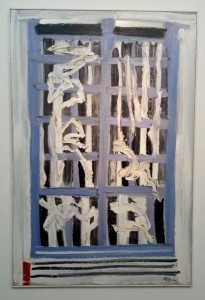 A great exhibition of an under-rated Dutch painter, prolific and creative.

Karel Appel, Dutch expressionist painter of the second half of the 20th Century, has never really made it, internationally. Sure, his work hangs in the MOMA and the Guggenheim in New York, in the Tate Gallery in London, several other international museums, but his fame is nothing like that of Piet Mondrian, his Dutch contemporary, and the prices for his work don’t come close to those paid for Willem de Kooning, another Dutch expressionist. Appel himself is perhaps to blame for this, with statements like “I am just messing around a bit”, referring to his painting. 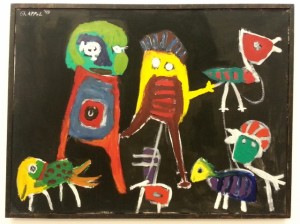 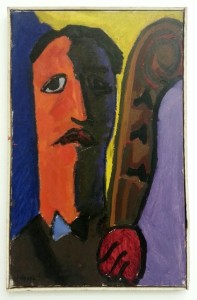 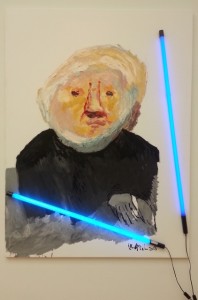 “portrait of rudy fuchs” (2005), painted in the year before Appel died 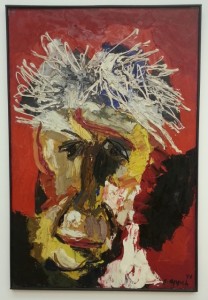 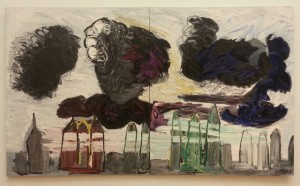 The Retrospective of Appel’s work in the Gemeentemuseum in The Hague comprehensively puts Appels own statement to rest. A fabulous collection of drawings, paintings and sculptures shows an artist who has tried a variety of techniques, a variety of media, and created some absolute masterpieces throughout his artistic life. Perhaps this is best illustrated in the portraits, which range from a mostly primary colour one from 1945 to one that includes light tubes in 2002. 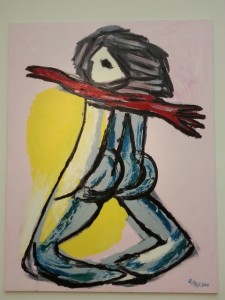 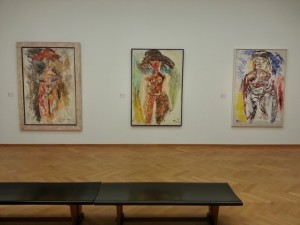 The exhibition is set up by theme, rather than chronologically, which is an interesting approach. Already mentioned, there is a room full of portraits, there are rooms with nudes, with city scapes, there are drawings and paintings of children; several sculptures, just wood, or painted, have been included, it is a rather varied collection, which doesn’t fail to amaze. 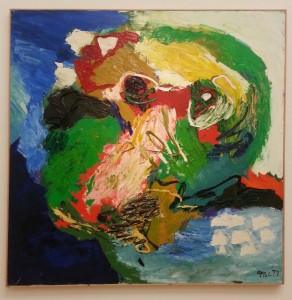 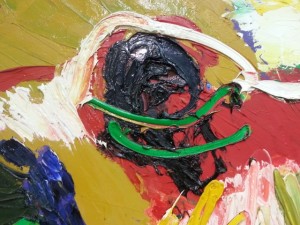 detail of the same painting

Pictures show so much more than words (by the way, what I cannot show well with the photos is the texture of the paintings: Appel used lots of paint, many of the works have several layers on top of each other, and thick patches of paint form individual elements in them – go and see for yourself, and get up close!). 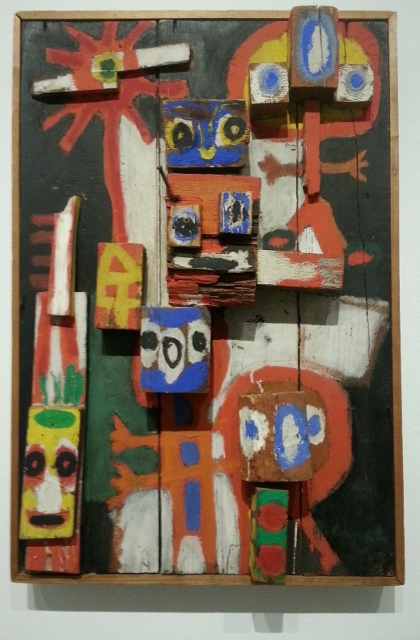 “questioning children”, a collage of found objects and gouache on wood (1948)

2 Responses to Karel Appel Exhibition in The Hague