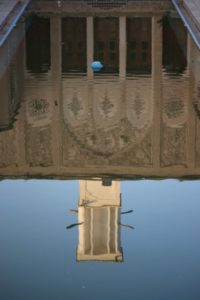 badgir, or wind tower, mirrored in the pool of the courtyard of Khan-e Boroujerdi

This 3500 m2 house was reputedly built as a condition for marrying the daughter of Mr. Tabatabei, who lived nearby, to ensure that his daughter lived in a house at least as beautiful as her parental house. But it took carpet merchant Sayed Jafar Natanzi, locally known as Boroujerdi, no less than 18 years to complete the house, and the legend doesn’t say whether the daughter has waited so long.

The result is one of those fabulous houses in Kashan. Only one of the several courtyards is open to the public, and only part of the two-storey house, but the main attraction here is on the inside. In a large room the walls, arches and pillars are covered with a collection of beautiful wall paintings, either directly on to the wall, or bounded by stucco frames. Portraits, hunting scenes, buildings, all subject matter is included, much of it painted by the Royal painter of the Qajar Court, Kamal al-Molik.

Those parts not painted, are elaborately decorated with stucco, both inside as well as outside, again showing a range of items. A museum of which the treasures cannot be removed! 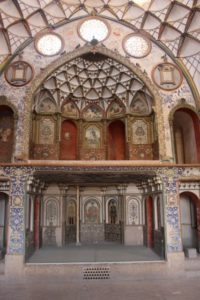 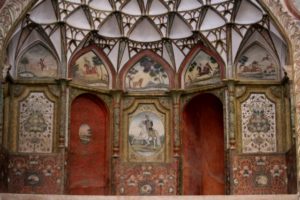 part of the main painted gallery 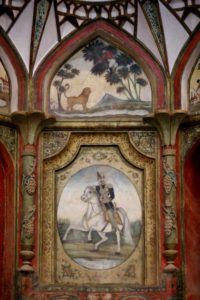 detail of the main gallery 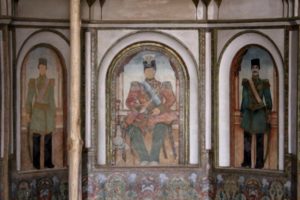 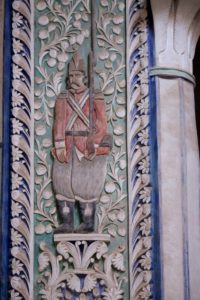 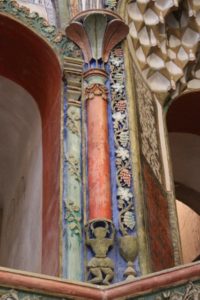 one of the pillars, and is that a little devil, supporting it? 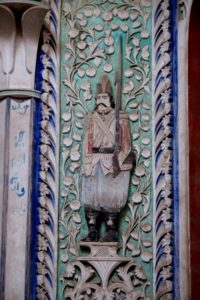 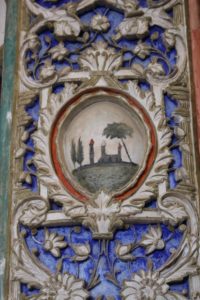 delicate decoration on the side 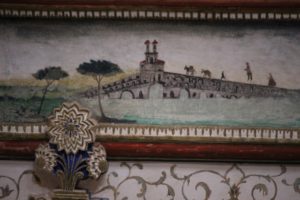 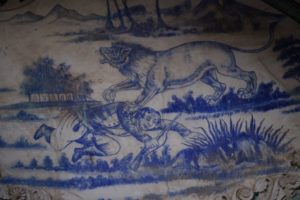 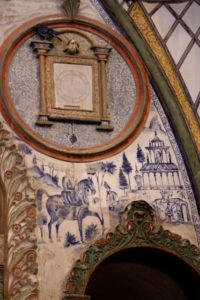 the colour of Delft blue, and a stuccoed and painted clock 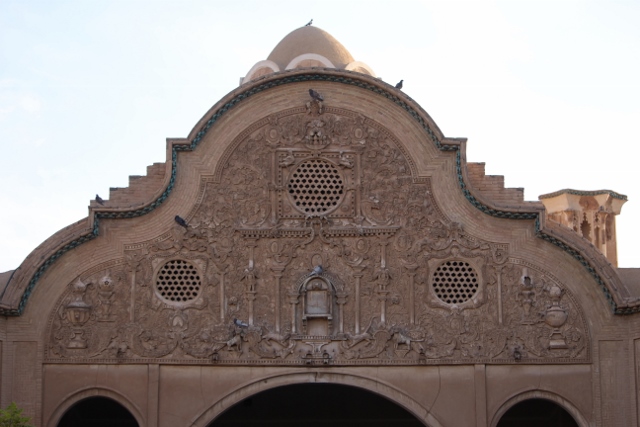 the main facade of the Khan-e Boroujerdi, along the courtyard 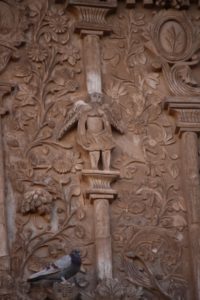 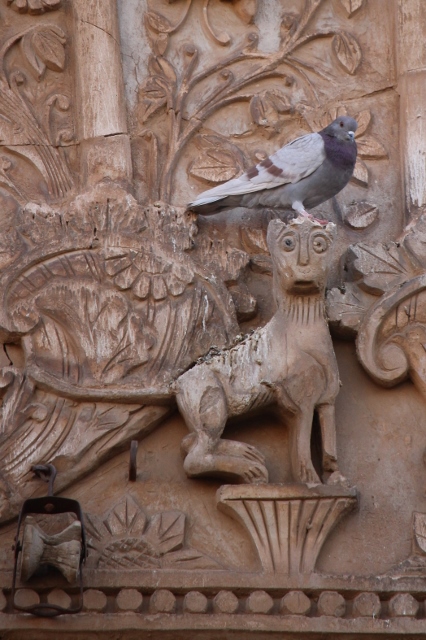 also resting place for a pigeon