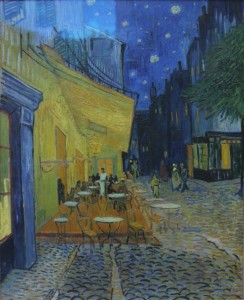 A delightful, perhaps under-appreciated museum in the east of The Netherlands, definitely worth a visit.

Appreciation of art is subjective, of course. That said, the Kroller Muller museum in Otterloo, in the east of The Netherlands, is perhaps the nicest museum of The Netherlands – in my view. It is located inside the nature park De Hoge Veluwe, and to get there one can drive one’s car, but better even use the free bicycles provided to cycle from the park’s entrance to the museum, anything – depending on which entrance, and what fitness – between 20 to 50 minutes, a not too strenuous ride through delightful landscape. 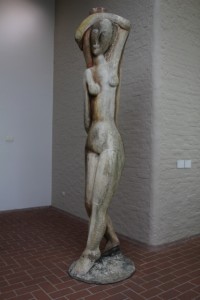 wooden sculpture inside the Kroller-Muller 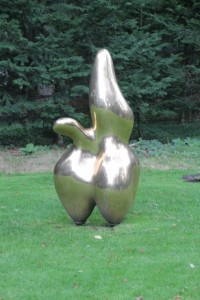 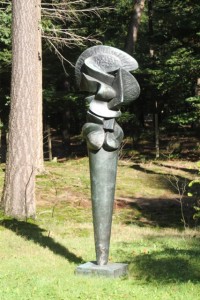 The collection itself is equally delightful. Modern art, meaning anything late 19th and 20th Century, initially collected by Mrs Kroller Muller – a rich Dutch industrialist’s wife – herself, who just before her death in 1939 saw her dream, a museum house, come through. In the meantime the collection, and the museum, have been transferred into  government hands. Further extensions have been added over time, including a sculpture garden in the 1960s.

Inside the museum one finds the second-largest collection Van Gogh’s anywhere in the world (after the Van Gogh Museum in Amsterdam), complemented by a range of Impressionist and Cubist painters, and Dutch painters like Jan and Charley Toorop, Mondriaan, and much more. 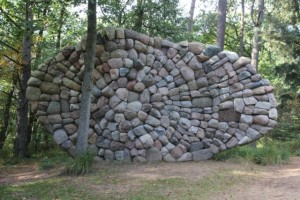 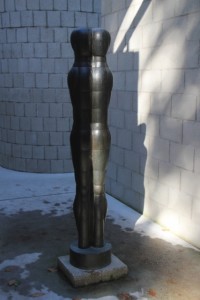 The most unique element of the museum, however, is its outside sculpture garden, where one can easily lose oneself for a couple of hours, admiring the range of modern sculptures, anything from Henry Moore and Barbara Hepworth to large modern metal constructions, of which I have included a few outstanding examples.

Too much to show here: go and have a look for yourself if you can, it is definitely worthwhile. 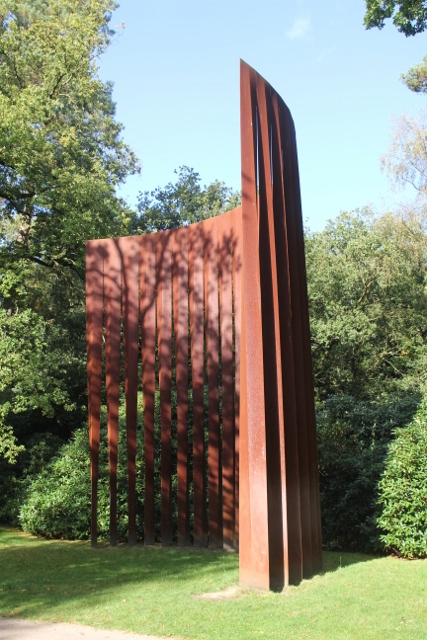 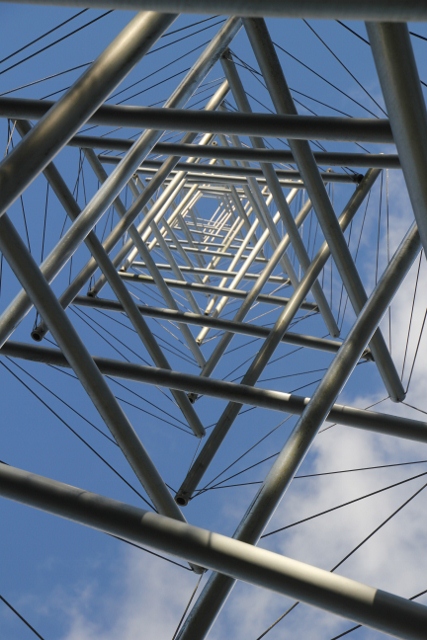 and the conspicuous Needle Tower (metal, 1968) of Kenneth Snelson