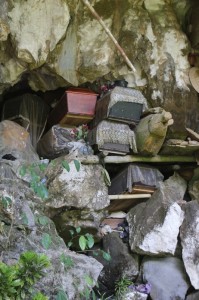 coffins stuffed in a natural fissure in a cave in Londa

A burial cave and tourist attraction

A short drive off the road that leads south out of Rantepao is Londa, a well developed tourist site around two natural caves containing stacks of coffins. Many of the coffins are rotting away, and have left bones and skulls on the cave floor. It is dark inside the cave, with little more than a flash light of a pressure lamp to go by, so it is not always easy to avoid stepping on the skeleton parts – for us a horrible thought, but the Torajans have a lot less problems with that. They have, for instance, stacked many of the skulls in a niche, or a fissure, and, not to let business opportunities go unused, even stacked skulls around a natural hole in the cave wall, through which the tourist can put his head, and be photographed surrounded by the skulls. Rather tasteless, in my view, but many find this irresistible. 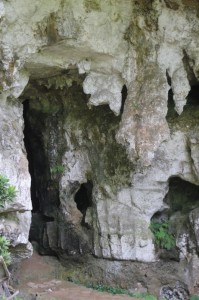 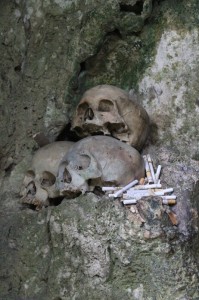 several skulls, with cigarettes as offerings

From a distance, we have a better overview of the rock face. The natural caves at the bottom, apparently, are for the so called ‘underclass’, whilst the middle classes have been buried in caves higher up, and upper-class people all the way towards the top. Coffins here have been lowered on ropes: it looks rather difficult to get there any other way. 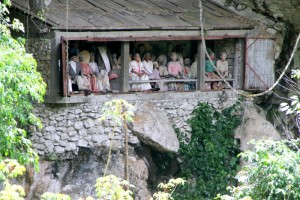 row of tau tau above the Londa cave entrance 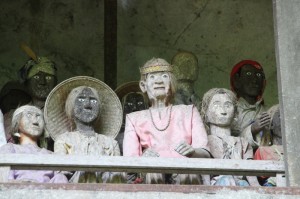 close-up of some of the tau tau 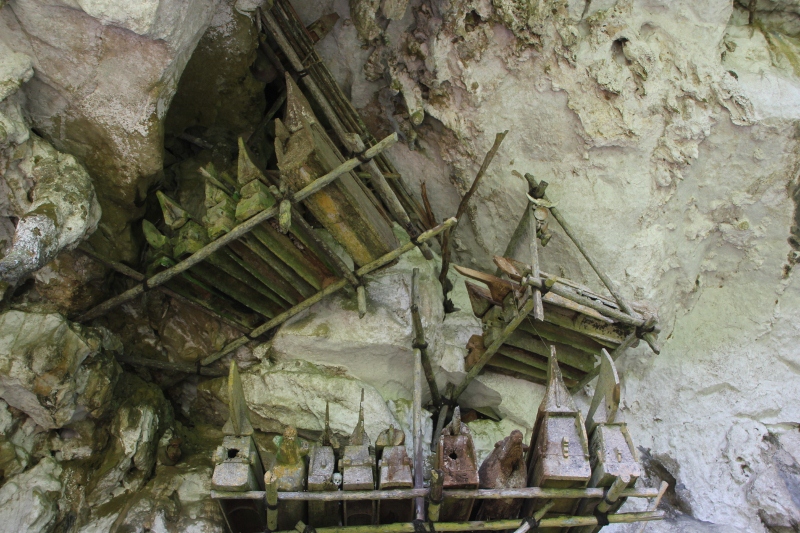 coffins put away inside the Londa cave

Next is the village and burial site of Lemo (or jump further south to Suaya, Tampangallo and Kambira).