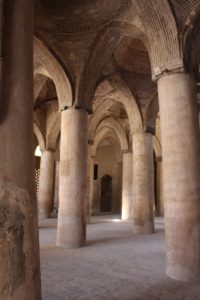 The Mashed-e Jameh, the Friday mosque in Isfahan, is really an Islamic architectural museum, especially of interest for its Seljuk domed chambers, built of brick, and its beautifully vaulted prayer halls.

The huge Friday mosque in Isfahan is in fact a museum of 800 years Islamic architecture. The mosque was originally built by the Seljuks, who established a Turco-Persian Muslim empire in the 11th Century, uniting the many small entities that existed at the time in the Middle East. Part of the mosque was restored after a fire in the 12th C., and subsequent Muslim rulers added their own specifics. 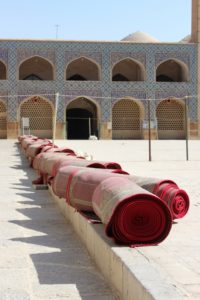 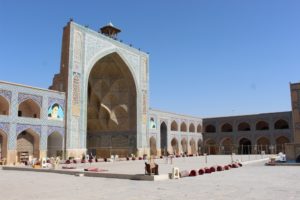 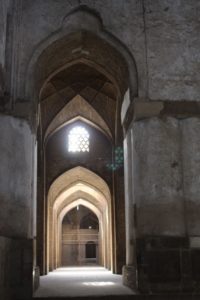 view into the southern praying area 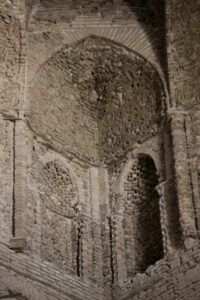 the dome chamber of Nezam al-Molk 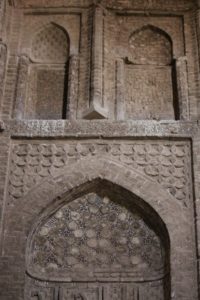 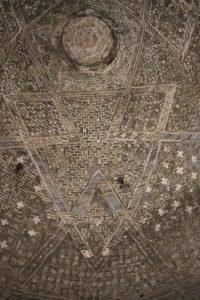 the intricate ceiling of the Taj al-Molk dome

One of the highlights of the mosque is the dome built by Nizam al-Mulk, the vizier – minister – in the time of Malek Shah, then the Seljuk ruler. The brick structure is almost 27 meters high and originates probably from 1086. Its construction is closely followed by another, even more sublime, brick dome, that of Taj al-Mulk, in 1088.

The overall structure of the Friday mosque is one with four iwans – large vaulted open rooms – facing each other around the centre courtyard. Some of those have been rebuilt over the years. So was the Southern Iwan burned down in 1121; the current decorative tile work, as well as the two minarets, are a Safavid addition. The Western Iwan, probably also mostly Safavid in decoration, is topped by a small maazeneh, a platform that served as minaret to call  to prayer. Behind the iwans large, vaulted prayer halls open up, with brick ceilings supported by thick stone columns. 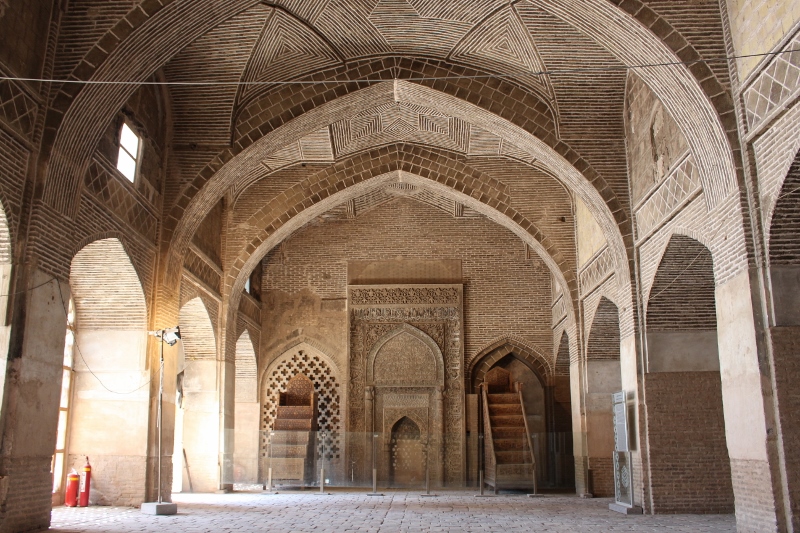 the room of Sultan Uljeitu, with stuccoed merhab 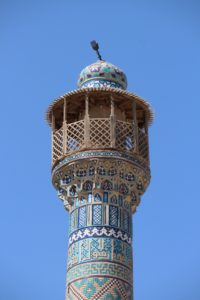 minaret on the south iwan 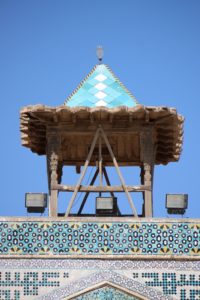 the little mazeeneh that serves as minaret on the west iwan

A small vaulted room on the side of the Western Iwan is that of Sultan Uljeitu, who reigned at the start of the 14th Century. The room contains one of the finest examples of what is called a stuccoed mehrab – mehrab being the Muslim prayer niche that indicates the direction of Mecca.

The mosque is still actively used, which explains the many rolled up carpets in the courtyard. 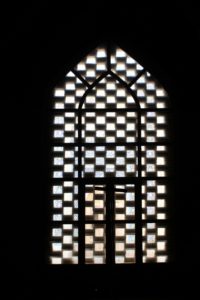 a window in the southern praying halls 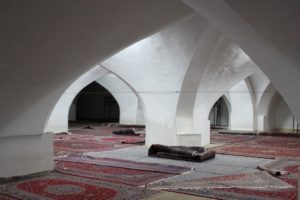 the rather bare, white-washed winter hall 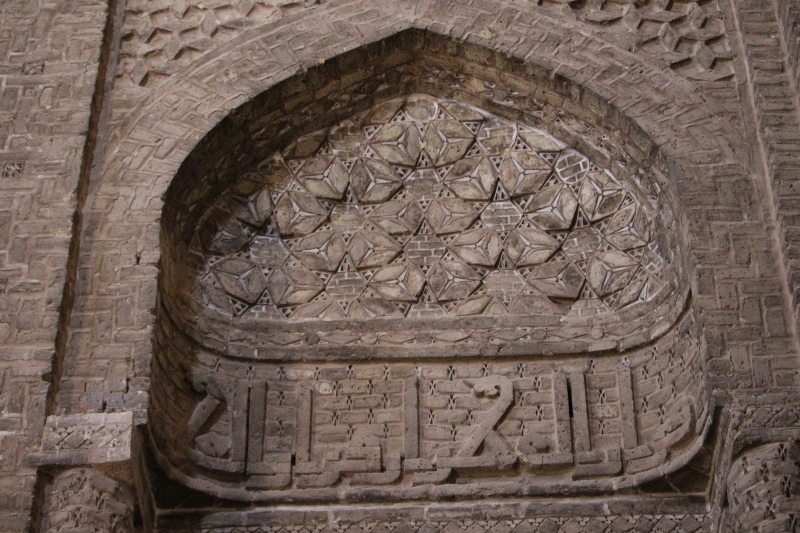