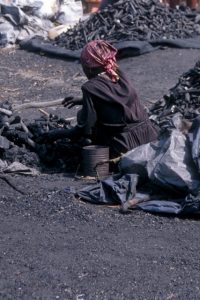 Haitian society, even in the best of times not the most stable, starts to crumble under increasingly violent political strive, increasing discontent of increasingly divers groups, and increasingly dodgy savings schemes. My views, only.

In October last year I started to bet that Aristide, the Haitian president recently installed for a second time, wouldn’t complete his full, five year term. People in Cite Soleil, the biggest slum in the country and traditionally Aristide’s power base, had started to shout ‘down with Aristide’, and people in the north were also demonstrating against the government. The reason for the disagreements in the north were that the government, under severe American pressure, had started to clamp down on drugs smuggling, probably Haiti’s most profitable business. Because everybody in the north is involved, a clamp down puts people out of work, and therefor without food. If the north stirs, or so Haitian history tells us, be aware!

Last December I almost thought I could start cashing in: the country was shocked by an attempted coupe d’etat. However, the more details became available, the dodgier this whole story became. The national palace had been attacked at the crack of dawn by between 30 and 60 armed, Spanish speaking commando’s, a bit silly because everybody knows that the president does not sleep there anyhow. By mid morning the attack had been heroically fought off by the palace guard and the police, leaving one commando dead; however, there is no more news on the origin of this guy, even months after the event. The other 29 to 59 commandos escaped, in two pick up trucks, during the morning. This is pretty strange, because the town had been blocked off, burning tyres and car wrecks everywhere since early morning. Paralysing the town is perhaps the only thing that is being done very efficiently in Haiti, through a large network of militant Lavalas supporters, the government’s political party. Nobody gets anywhere, essentially, so stay at home. Which we dutifully did, armed with binoculars and a good view from our balcony, able to confirm that indeed all crucial junctions were blocked, tyres burning, and nobody could move.  How on earth would 59 commandos in two pick up trucks (!!) have managed to escape in deserted downtown Port-au-Prince, with road blocks on every corner? By lunch time ‘the people’, having been outraged by the attack on their sovereignty, had decided to silence the most critical radio stations and burn down the houses of prominent opposition politicians, and the opposition offices. ‘The people’ are the same militant supporters of the Lavalas party, united in OPs, or Organisations Populair, groups of mean-looking hooligans that have an uncanny similarity to the Tonton Macoutes of the Duvalier era. Sure enough we saw, from our balcony again, the piles of smoke billowing downtown, rather more prominent than those from burning tyres. By midday most of the diplomats were, anonymously, already talking about a coupe de theatre, rather than a coupe d’etat, and the suspicion is that the whole thing had been staged to further harass the opposition and the critical press. One of the people thought to be behind the burning down of the houses of opposition leaders is a senator for Jacmel, Prince Solon or something, who I met a couple of weeks later. Very nice guy, looks very civilised, he invited me to his office one day to discuss development in the Jacmel area. You simply can’t tell…Anyhow, it is not yet cashing-in time, not just yet.

Still, there are more and more signs of discontent amongst ordinary people. A couple of weeks ago some guys blocked the road between Port-au-Prince and the north (a really bad road, takes 8 hours for slightly less than 200 kms), because they had heard that the president was going to the north, and they wanted to talk to him. Never mind that the president is not going to drive! When they finally found out that the president had gone by plane, they held on to the blockade for another three days, just to vent frustration.

Last week the demonstrations were against the rain: landslides had blocked all the major roads downtown, rubbish had blocked all the drainage, and no-one could move around Port-au-Prince anymore. The absence of government-arranged clean up teams brought the people on the streets once again, to add further road blocks to the already paralysed city. Groups of disgruntled citizens demonstrated in front of the national palace, others randomly blocked roads and burned tyres in protest against I don’t know what, anything really. In contrast to a year ago, when demonstrations seemed to be very well orchestrated and controlled, the violence now is random, anybody with a grudge can get some friends together to throw stones or burn a car wreck. And that is concerning…

The police is nowhere to be found, of course. One of the guys widely thought to have a lot of blood on his hands, one Ronald Kadav (Kadav is his nickname, Creole for cadaver….), has been freely moving around Port-au-Prince for most of the last year, even using police cars. At one stage the police issued a warrant for his arrest, but when he turned up at the police station with about 100 heavily armed friends to enquire what this warrant was all about, nobody dared to arrest him. Surprise, surprise then that early March the guy was, ultimately, arrested at the airport, whilst waiting for the president to arrive back from a foreign trip (I am not making this up!!). The policeman who put on the handcuffs, and whose photo appeared in the newspaper the next day, has reportedly fled the country, afraid for his life.

Another interesting feature is the emergence of co-operatives. These are savings institutions that take your money, which you have to leave for a minimum of one year, and pay you, guess what, 15-20% interest per month. Have I seen this before? Was it not called pyramid schemes in Albania? Or Ponzi schemes? And was it not used as an instrument to whitewash money? The parallels are frightening, and the signs of collapse are on the wall. Interest rates are going up, government starts belatedly to try to intervene, somewhat, but at the same time one prominent politician has taken his ‘savings’ (a funny word, if related to Haitian politicians) from the bank to start his own co-operative. In the meantime the oldest co-operative has gone bust. Other co-operatives, protesting against I don’t know what, have decided not to pay out interest for the next three months. Yeah…! Yet, people still take their money from the regular banks. Some of my staff are asking to release the money in their pension fund. So they can put it in one of the co-operatives, apparently there are over a thousand of these. And one day the whole thing is going to fail and leave a lot of ordinary people a lot poorer, and a lot angrier. And in the mean time the economy is further wrecked. Banks now refuse to hold deposits from the co-operatives because they fear collapse, but have no other money left anymore. Local companies that want to expand have no access to credit, the only economic activity still going is construction, enormous mansions are being built everywhere, funded no doubt by drugs money. Perhaps conveniently passed through a co-operative Laundromat first.

Sooner or later this whole place is going to collapse. 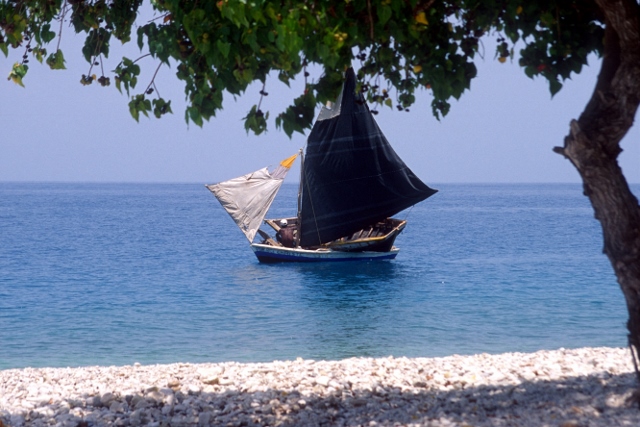 Pirates of the Caribbean, anybody?