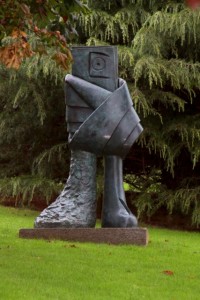 one of my favourites, bronze, no title

Even without a special Miro sculpture exhibition, the York Sculpture Park is a delightful place to spend a few hours (or less, when it rains cats and dogs, which is what it did when we were there in September 2012). An inside gallery shows contemporary sculptures of exquisite quality and originality, whilst outside in the garden large bronzes of Barbara Hepworth, as well as less well known artist, casually stand in between the trees. 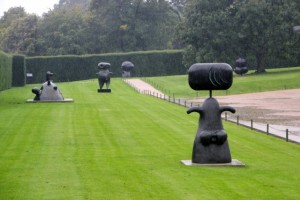 the outside garden with some of the Miro sculptures

We were lucky enough to also have a special exhibition of a less well known side of Joan Miro, his large bronze sculptures. Miro himself wanted them exposed outside: “may my sculptures be confused with elements of nature, trees, rocks, roots, mountains, plants, flowers – built myself a studio in the countryside, with a façade that blends into the earth”. Well, not exactly, there are rather conspicuously present in the garden of the sculpture park, even in the pouring rain, but a spectacular sight it was. A small sample in pictures. 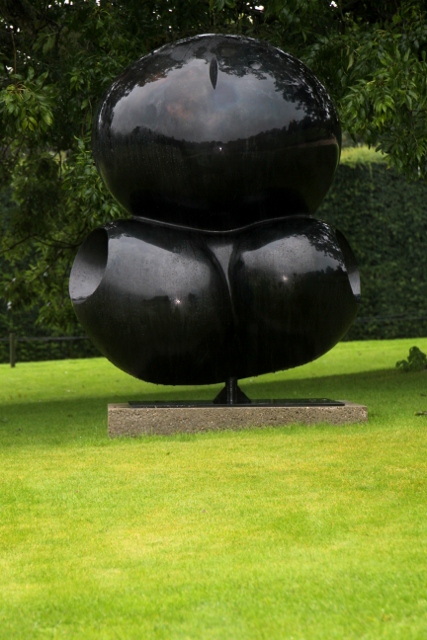 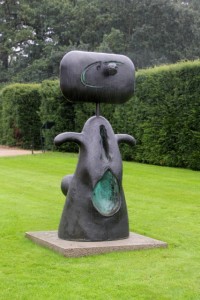 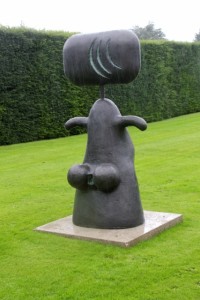 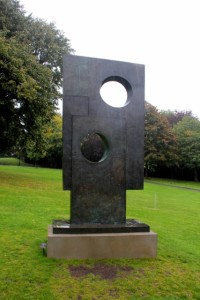 there are also other sculptures, this one is from Barbara Hepworth, “squares with two circles” (1963) 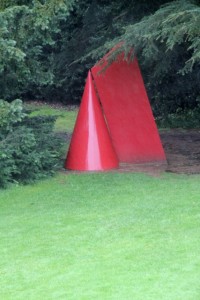 and this one, too, unknown to me, but at least a little colour in the drab day 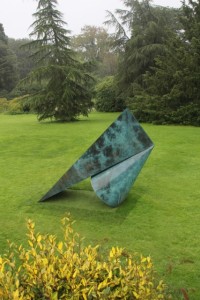 another attractive sculpture, I don’t know the artist 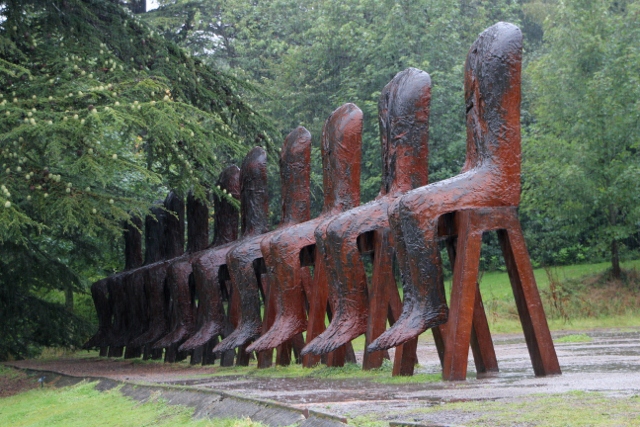 another original sculpture in the garden