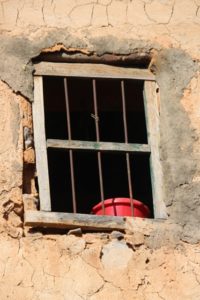 a window and a bucket in Misfat

Several villages, amongst them Misfat and Al Hamra, are perched against the Hajar Mountains, in between Jebel Shams and Nizwa.

On the way down from the mountain we turned to Misfat village (fully Misfat al Abriyyin, to distinguish it from other Misfats), one of those mountain villages built on a steep slope, and somewhat reminiscent of Iranian villages. As is often the case, the view of the village is best from the other side of the valley, from where one also gets a good impression of the extensive plantations that surround the place, well irrigated, and full of date palms and bananas. Inside the village, once again lots of dilapidated houses, fringing the narrow alleys and passage ways. The flow of visitors is well-managed, as long as everybody sticks to the signs, something we do have some difficulty with – which meant that we frequently had to backtrack, because our initiative led to little stairs off in one direction or a dead-end street in another, to a private house or – also encountered – a place forbidden for non-Muslims. Yet, fun exploring. 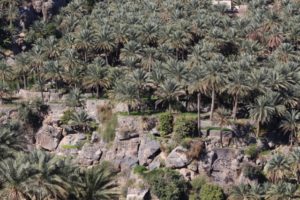 date palm plantations below the village 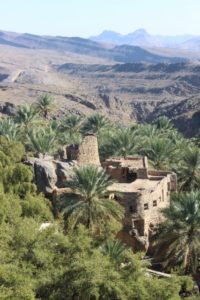 one of the houses in Misfat 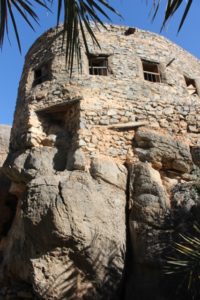 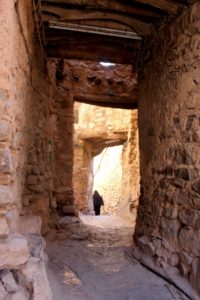 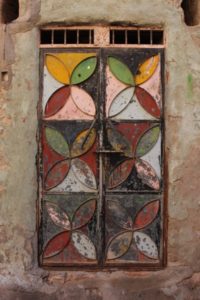 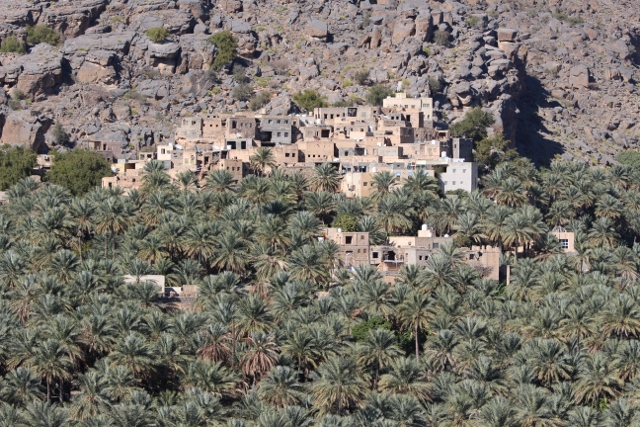 In Al Hamra, another small village a bit further down the mountain, we found again lots of deserted houses – something of an Omani thing, it seems. In an older guide book, from 2007, the houses are highlighted as some of the most elegant two- and three-story buildings in Oman, Yemeni in style and remarkable in that many of them, 400 years old, were still inhabited. But that is not the case anymore. Apparently, heavy rain three years ago literally flooded the last remaining people out of their houses, and into newer ones further down in the street. Some seem to have been abandoned in a hurry; we find remains of books spread across the floor. Several ceilings have collapsed, but others still show beautifully painted beams and, in one house, we find the walls decorated, too. There is also the old souq, largely collapsed. We climb roofs for the views, find old doors rotting away and cupboards and niches exposed to the elements. And lots of rubbish in the narrow lanes, where no cars could pass, no modern amenities could be installed.  You can see why people moved, even before the floods. 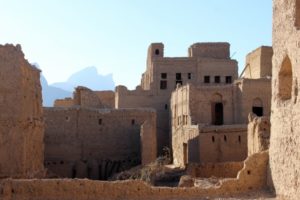 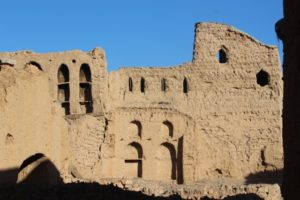 some of the inner walls exposed 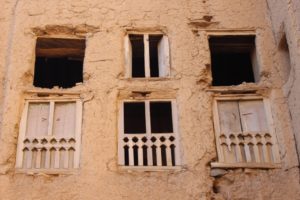 some window frames have been taken, others left behind 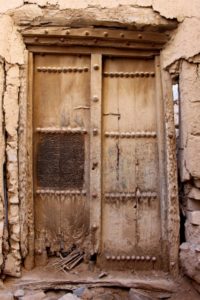 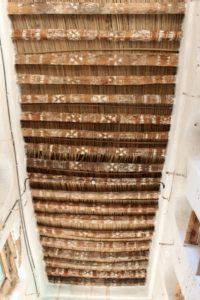 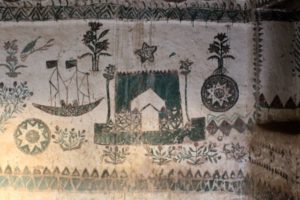 and wall decorations, in one of the houses 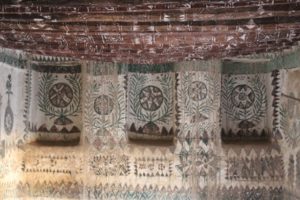 a decorated room, inlcuding the ceiling

As so often, there are no women in the streets, but the men of Hamra spent the late afternoon in the sun, on a bench lurking tea. And they don’t mind being photographed, on the contrary, they asked for it! 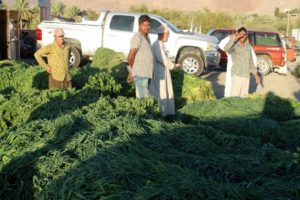 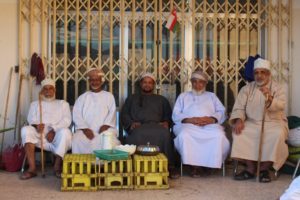 the men keen to be photographed 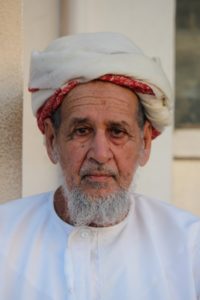 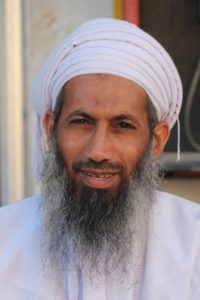 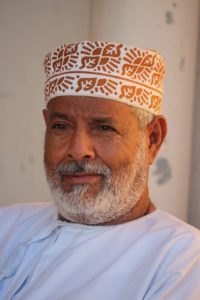 We didn’t know at the time – poor preparation, once again -, but there is a road from Al Hamra down into Wadi Beni Auf, where we had been a few days ago. Strictly 4WD only, but this must be an exciting road, too, and saves backtracking to Muscat.

in the event, we moved on to the towns of Ibra and Sur in the Sharqiyah