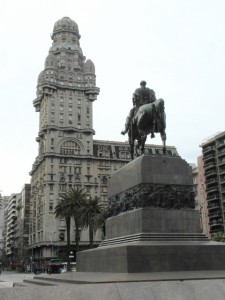 Uruguay’s liberator in front of one of the most characteristic buildings of Montevideo, in the Plaza Independencia

A pleasant, but somewhat run-down provincial-style capital city, without many highlights.

The fortunes of some cities go up and down, and I suppose Montevideo’s was down, when we visited. Accustomed as we are to Argentina, the Uruguayan capital compares to any large provincial town of its Southern neighbour across the Rio de la Plata, with plenty of two-story houses in the outskirts, and some highrise in the centre; broad tree-lined avenues, a few large government buildings, a fountain here and there, and a statue of a liberator, invariably a general or a colonel. 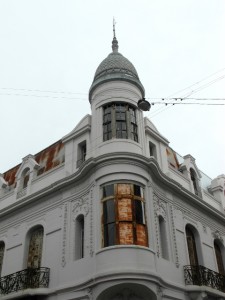 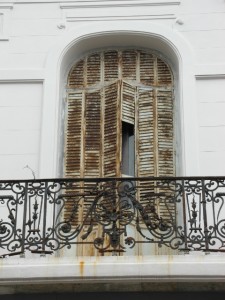 and one of its typical balconies in front of shuttered windows 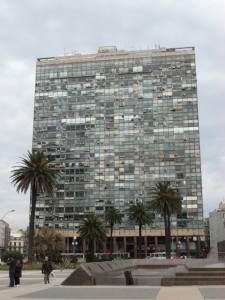 one of the less attractive apartment buildings at the Plaza Independencia 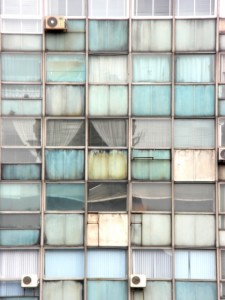 but if you zoom in, you can get interesting photos of the windows and air conditioners, distributed across the building 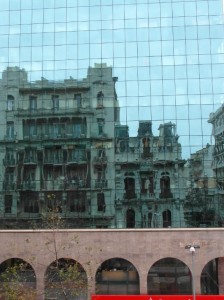 sometimes, new buildings reflect the old ones better than if you would have looked at them directly 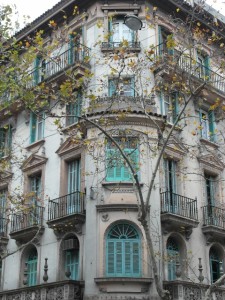 another attractive building in a corner

The touristic attraction is the Ciudad Viejo, the old town, but unlike Colonia del Sacramento, which is well maintained and kept immaculate, historical Montevideo has a run-down look and feel: rubbish in the streets,  the occasional sewerage smell. And many of the old buildings, the ones that are supposed to provide the attraction, falling apart, windows broken, walls stripped of stucco. Which is really a shame, because those buildings do have some beautiful details, a decorated door, stained-glass windows,iron balconies with beautiful balustrades, filled with plants in front of high window frames hidden behind wooden shutters. Lots of potential, so far unfulfilled. 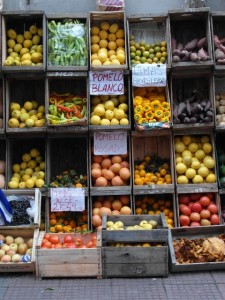 fruit and vegetable shop, to add some colour to the town 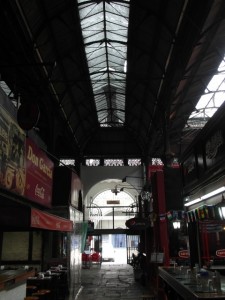 the iron market structure of the Mercado del Puerto 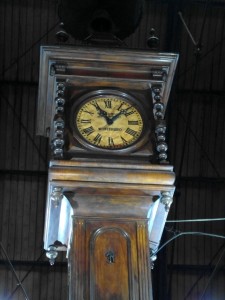 inside the market stands a huge wooden clock

Several squares interfere with the standard street lay-out. Plaza Independecia hosts the sculpture of the liberator, and has some great buildings surrounding it – as well as some positively horrible apartment blocks, also a feature of the old town. The other feature worth mentioning is the Port Market (Mercado del Puerto), an iron structure which has been transformed into an eating paradise, full of restaurants and bars – invariably with a particularly keen eye to the tourists –, all of them serving Uruguay’s national dish, the parradillas, every piece of meat you can think of grilled to perfection. But that, you also get in Argentina. Hard to think of a compelling reason to come to Montevideo. 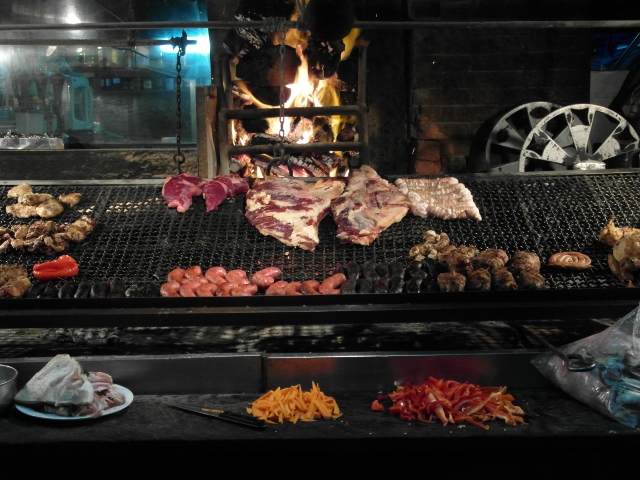 the standard fare at the Mercado del Puerto, ready to be cooked 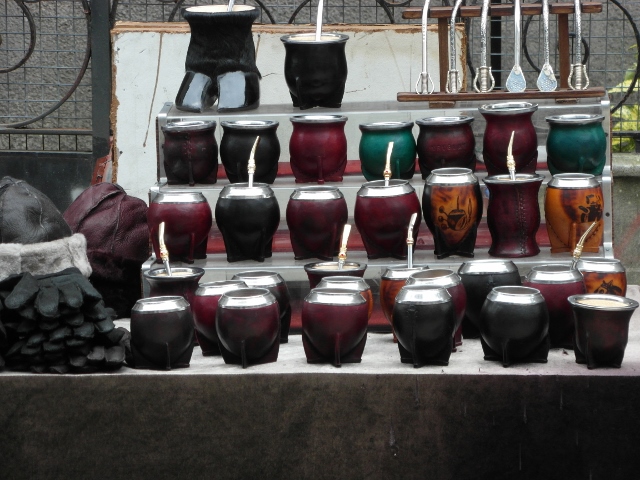