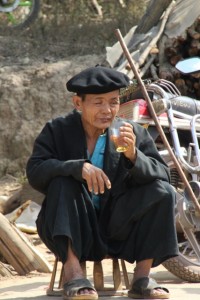 Another touristic village in the Northeastern Laos, good for visiting ethnic minorities.

Muang Sing is in the heartland of minorities in Western Laos, and reportedly less touristic than Luang Nam Tha. We had high hopes, but came away disappointed! Muang Sing is the pits, really, an utterly unattractive dusty town – the tribal museum and one old French colonial house cannot change that. Multi-day trekking to minority villages is the activity here (but see my views on this, in the section on Luang Nam Tha), although shorter trips avoiding an overnight stay in one of the villages are also possible. 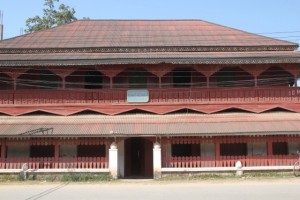 We did one of those walking tours, an easy five-six hour along a series of villages, some from Akha and some from Yeo tribes. The villages, especially those further away from the road, had still quite a lot of authentic features, including thatched roofs and various offers of opium. However, economic progress was clear at the edge of each village, where the rubbish is being dumped, and along the tracks in and outside the villages, littered with plastic bags, paper and wrappings. And this is just the beginning. Some of the minority people still dressed in their traditional cloths, women with elaborate headdresses and the men, well, with a black cap. Once again, the photos tell more. Incidentally, here no surprises when you show the LCD screen, on the contrary, they have all seen it before. And children speak even a little English: ‘Photo? Money!’ is the opening and closing sentence.

For pictures of some of the ethnic minorities, or hill tribes, see here. 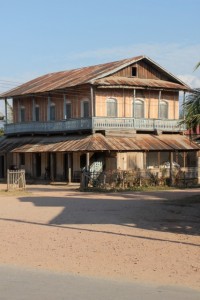 The only other architectural highlight is an old French colonial house 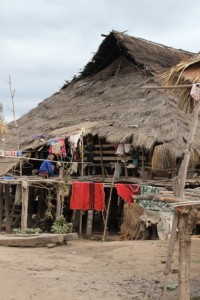 A typical village house, on stilts, thatched roof, and with a large balcony 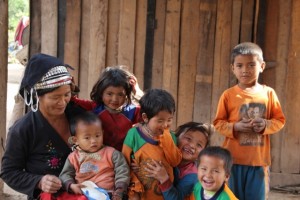 A mother and her children – and some other kids, too, for good measure 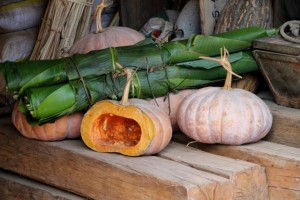 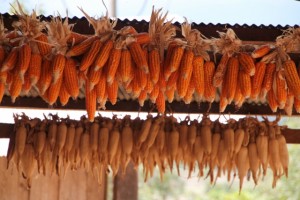 Harvest drying in the sun