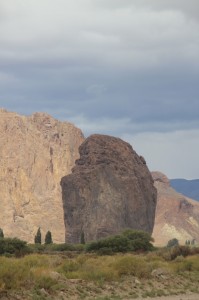 the Piedra Parada, in the shade

A 50 million year old volcano in the middle of Patagonia provides a spectacular change of scenery in this monotonous landscape.

The most striking feature of the Patagonian pampas is, well, that there are no features at all, really. Driving from the Atlantic coast to the Andes, one crosses an impressive stretch of flat land, covered with some scrubs, not even trees. No animals. No people. Nothing, really.

Yet, there are the occasional exceptions. In Chubut, one of the provinces that make up Southern Patagonia, the Chubut River has produced a steep gorge which serves as a welcome variation to the monotonous landscape. The ferocious Patagonian winds have created attractive erosional patterns at Los Altares, a little further inland. And then there is Piedra Parada. 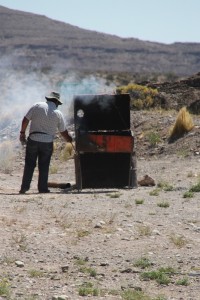 even in the middle of nowhere, asado!

Approaching from the east as we did, one drives for a while along a tributary to the Chubut River, expressed by a winding line of poplars and other vegetation in the middle of the featureless plains. Later driving along the Chubut River itself, a more convincing river in that it at least contains water, we noticed the change in landscape after about a hour or so, some 20 km before Piedra Parada. Relief appeared, in the form of huge rock formations, made up of black basalt flows, interspersed with white, red, orange and green shales. Quite suddenly, we entered a huge 50 million years old volcano, through which the Chubut River had cut its valley. The scene was all the more dramatic because of the frequent changes of light from clouds temporarily covering the sun.

The Piedra itself is a large, isolated, vertical piece of rock in the middle of the valley. There is little in terms of built-up, just a camping and some associated facilities. Much more interesting, however, is the track that leads to what is called the Mirador – viewpoint – but in fact ends at the bottom of a huge crater (you’ll have to open and close a couple of cattle gates on the way). No point describing natural beauty, it is already difficult enough to capture that in photos, but here is a humble attempt: 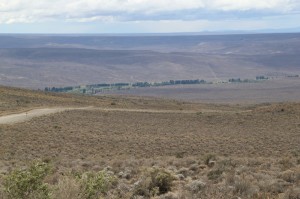 line of poplars indicating the location of the river 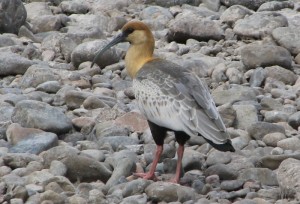 ibus in the dry river bed 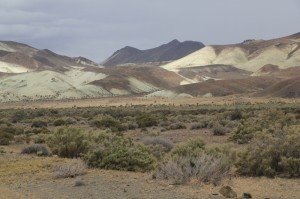 differently coloured, and lighted, shales at the beginning of the volcano 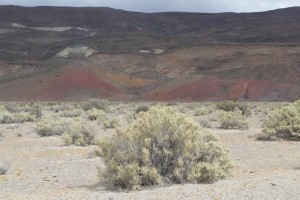 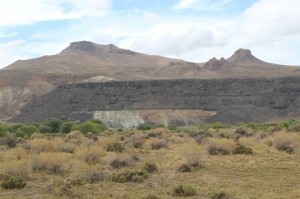 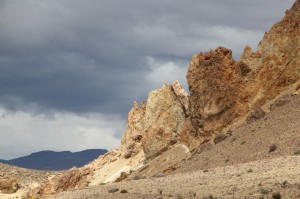 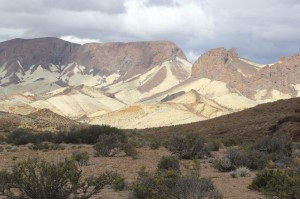 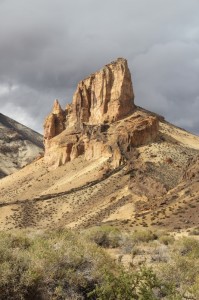 another erosional feature, inside the crater  Details 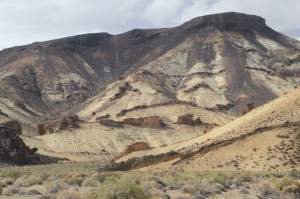 further volcanic rocks inside the crater 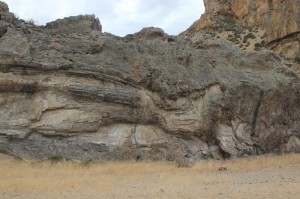